Aboriginal art at the ‘heart’ of Chisholm Catholic College 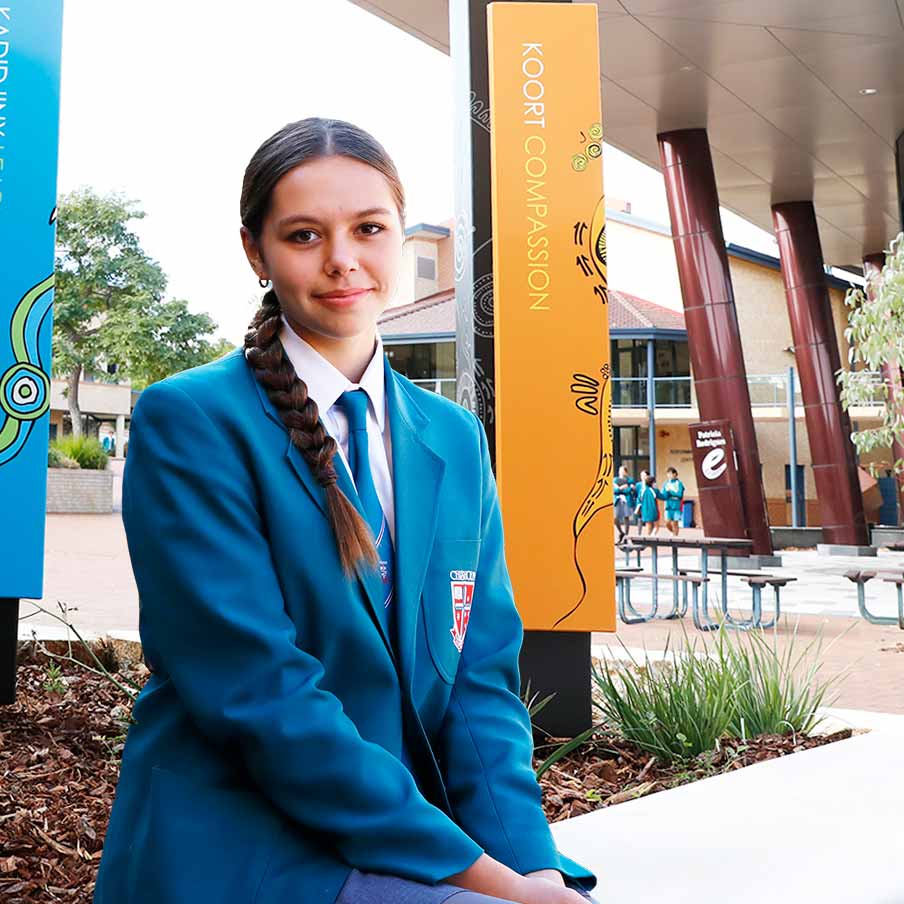 Chisholm Catholic College has installed a series of poignant Aboriginal artworks across its Bedford campus to help foster a sense of belonging and connection to land and culture.

Chisholm Catholic College has installed a series of poignant Aboriginal artworks across its Bedford campus to help foster a sense of belonging and connection to land and culture.

The poles are depicted in colours that represent the land, water, and the Aboriginal and Torres Strait Islander flag.

Shantaya said she had been inspired by her father, an Aboriginal artist, in her work on two of the totem poles of a blue turtle and red snake. Miss Smith designed the yellow kangaroo.

“I feel very proud to share my artwork and my culture,” Shantaya said. “Now everyone in the school can see it.”

The installation comes after Aboriginal artist Linda Loo and her husband Bruce Loo visited the school late last year to collaborate with students and staff on a mural, entitled Strong Place of Knowledge and Growth. 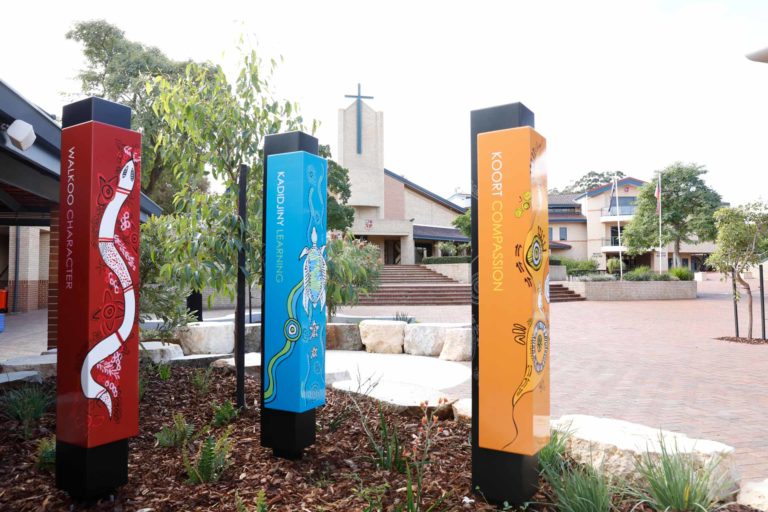 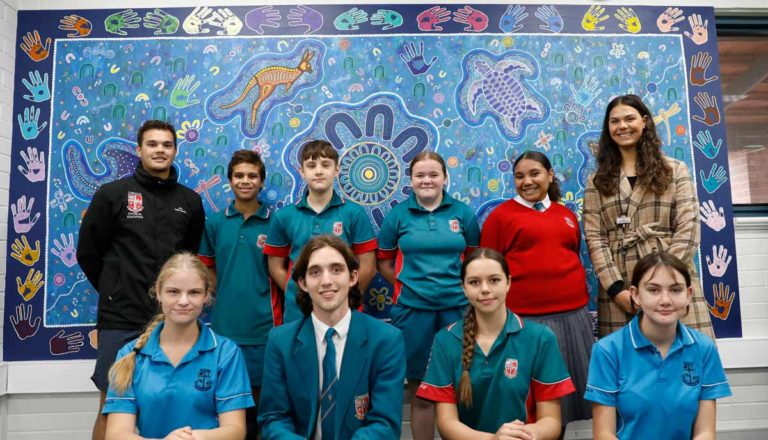 The students wanted the artwork to represent the college and the significance of where the school is located, behind the Upper Hillcrest Reserve.

“The Nyoongar culture and history is very significant to the land in which the school has been built on,” Miss McGuire said.

“The significance of Chisholm’s location is mapped through the hills.

“We are located next to Hillcrest and near the Derbarl Yerrigan, a summit for food and hunting. Whadjuk Nyoongars would come in land during wet seasons as the river overflows.

“Walkoo means spirit snake. The spirit snakes meaning can symbolise spiritual guidance and produces moral qualities. The presence of the snake in your life often means that you are in a period of transition, for example at school, so that is why we chose this word.

Chisholm Principal John Bormolini said the artworks were a visual reminder of the school’s values to uphold Character, Learning, Compassion; and its learning environment, which promoted diversity, inclusiveness and reconciliation.

“This stunning showpiece of local Aboriginal story and culture will be joined by three further works during the months ahead and we’re proud of the message and connection to community that they convey,” Mr Bormolini said.