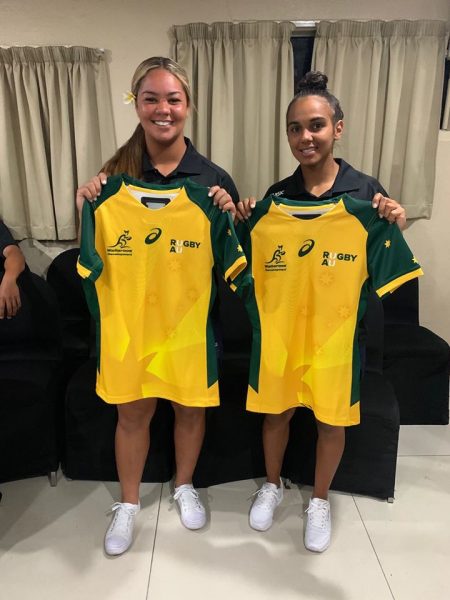 The call up of Kennedy Cherrington (2016 Head Girl) and Courtney Hodder for international duty was yet another major tick for the success of the program, which is unique to Aranmore and boasts a history of more than 25 years.

Program graduates have gone on to be selected for state, national and international duties, as well as signing professional contracts in the NRL and Super Rugby.

Aranmore rugby coordinator Dwayne Grace congratulated Kennedy and Courtney, who moved to the Eastern States to pursue their rugby dreams, with Kennedy now playing for the NSW Warratahs and Courtney the Queensland Reds.

“We are happy to see that they are both still excelling at the game we love,” he said.

Grace said the College’s girls’ rugby program boomed after the success of the Australian women’s team at the 2016 Rio Olympics.

“We had girls in our program before . . . now we have girls coming in left, right and centre. We’ve taken that on board as a College and said there isn’t a difference between girls’ and boys’ rugby and there are pathways for all players,” he said.

Aranmore’s boy’s program is also continuing to shine, with Alex Masibaka named to the national under 18s squad earlier this year, as well as captaining the Western Force Academy under 18s.

Grace said the program, which takes in students from Years 7 to 12, aimed to achieve a variety of goals.

“These include developing motivated, mature and positive role models and to coach and develop students who want to make the next level State and national representation,” he said.

“But just as important is to develop good citizens.”

He views off-field behaviour as equally important to on-field skills and performance.

According to the College, the program has catered to several students from ‘high-risk’ backgrounds, and the chance to play rugby and be part of the program was a contributing factor for some students to stay at school. 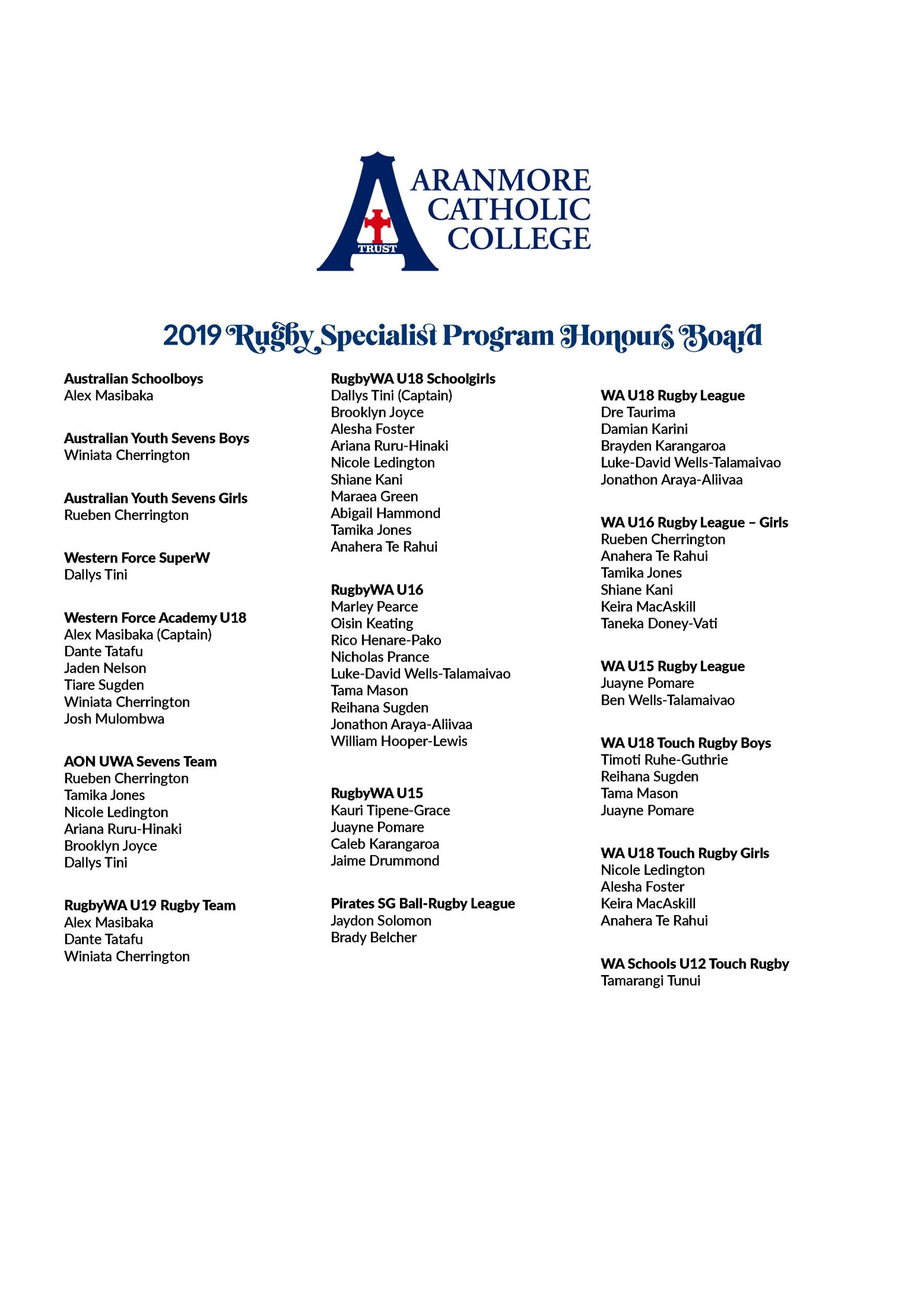