The College’s 2018 Median ATAR of 83.9 was high enough that, if the College had enough Year 12 students to qualify in official rankings, it would have taken 39th place amongst the top 50 WA schools for median ATAR.

Fifty per cent of St Mary’s year 12s completed ATAR, with 90 per cent achieving an ATAR of 76.5 or higher, and four students received Certificates of Merit from SCSA (School Curriculum and Standards Authority).

Every student who completed Vocational Education and Training achieved at least one Certificate II, and all of St Mary’s students who applied to go to University were accepted, including Gabrielle Hill, who was named College Dux. 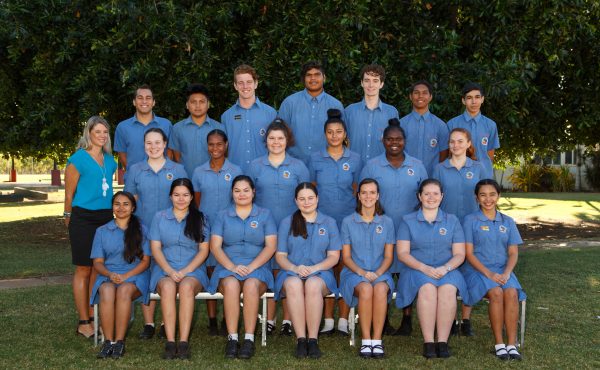 Gabrielle scored 95.45 and has been offered positions at multiple universities in Melbourne where she hopes to complete a Bachelor of Arts focusing on history and international relations.

“I definitely feel like my hard work paid off —the more I thought about it the more I realised just how much effort I actually put in and I am really happy with it,” she told the Broome Advertiser.

Educating the Kimberley region since 1908, St Mary’s College has caters to a diverse student population from a range of cultures and backgrounds, including many students from remote Aboriginal communities who attend the school while boarding at Broome Residential College.

The College has a new Principal in 2019, Carol Bell, who was previously a deputy at Mandurah Catholic College.