Students and staff from 75 CEWA primary and 30 secondary schools across the Archdiocese of Perth gathered at two events recently for the launch of the 2019 Lifelink Day.

Each primary school group brought with them a ‘Book of Love and Hope’, showcasing a huge variety of creative concepts, and filled with messages for support for people served by Catholic agencies. The books were places on stage before the event, creating a colourful and representative backdrop for the launch.

Official proceedings at both events began with a prayer from Bishop Sproxton, Auxiliary Bishop of Perth.

Bishop Sproxton spoke about the history and successes of fundraising through the LifeLink campaigns, which began for Catholic schools in 1998 and have raised more than $2 million for Catholic social agencies, including more than $100,000 in 2018.

“This is a remarkable achievement and you are to be congratulated on your efforts,” Bishop Sproxton said. 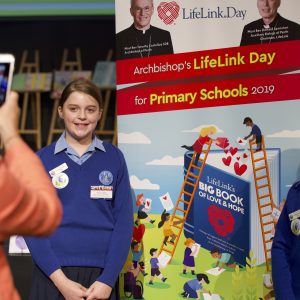 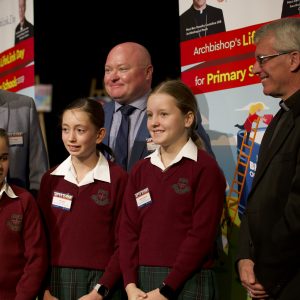 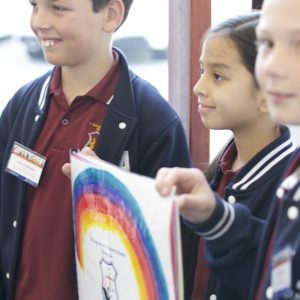 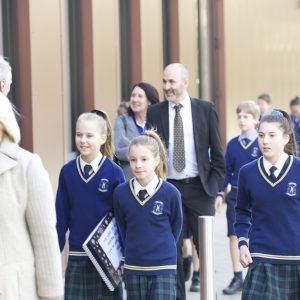 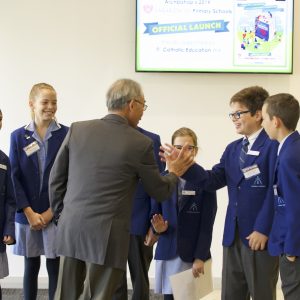 At the primary schools event Archbishop Costelloe shared on the importance of giving and service to those in need, referencing St Teresa of Avila.

“Jesus is alive, but he wants to be alive through us, through every single one of us sitting in the auditorium this morning, Jesus wants to present and active and real in people’s live through us.”

At the secondary schools event Archbishop Costelloe spoke about Pope Francis’s set of reflections following the meeting of the world’s Bishops in Rome last year  – Christus Vivit – Christ is alive which focuses on Young People, Faith and Vocational Discernment.

“We want to encourage each and every one of you to become real leaders in your own schools and spearhead the efforts to raise the money we need to continue reaching out to all the people who depend on the work of these agencies,” Archbishop Costelloe said.

“Jesus tells us to love one another as He has loved us, He tells us that we should wash each other’s feet – that is to be servants of each other as He is.

“He tells us to give the hungry something to eat and the thirsty something to drink, to look after the sick, to care for the poor, because whenever we do we are actually in reality, doing those things to Him and for Him.

The Archbishop presented the ‘Archbishop’s Spirit Award’ for LifeLink 2018, recognising the school from the previous year’s fundraising efforts that had most clearly embodied the spirit of the LifeLink appeal.

Secondary students were asked to provide feedback and ideas to a student representative committee for a new informational video for LifeLink that is currently being developed.

Archbishop Costelloe, Bishop Sproxton, and Dr Sayce then held a Q&A session with students where topics such as the upcoming Australian Catholic Youth Festival in Perth, euthanasia, and how to keep faith alive was raised. 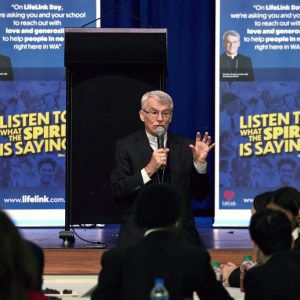 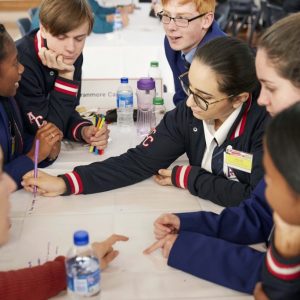 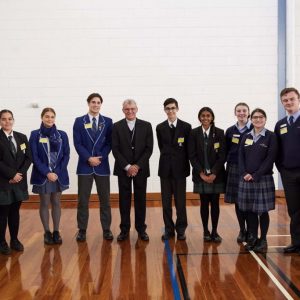 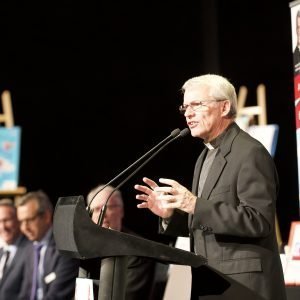 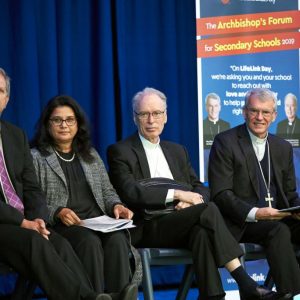