Two CEWA educators recently had the privilege of running as baton bearers in the Queen’s Baton Relay, in the lead up to the Gold Coast 2018 Commonwealth Games.

Julie Hornby, Principal of Mercy College, and Donna Johnson, a Teacher Assistant at Mater Christi Catholic Primary School, were selected to take part in the 388-day relay, in recognition of their contribution to their communities and their standing as role models. 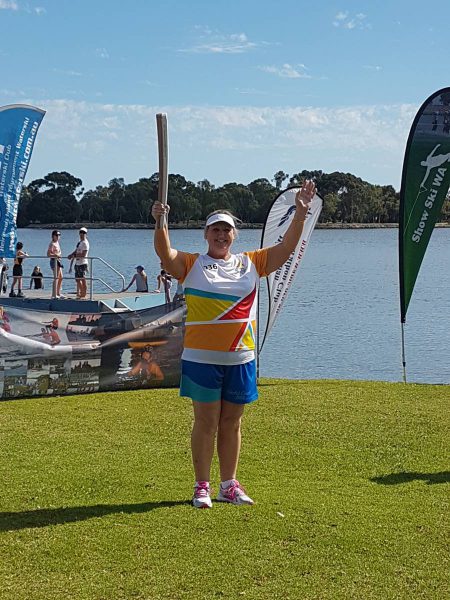 Julie Hornby, Principal of Mercy College, participating in the Queen’s Baton Relay for the 2018 Commonwealth Games 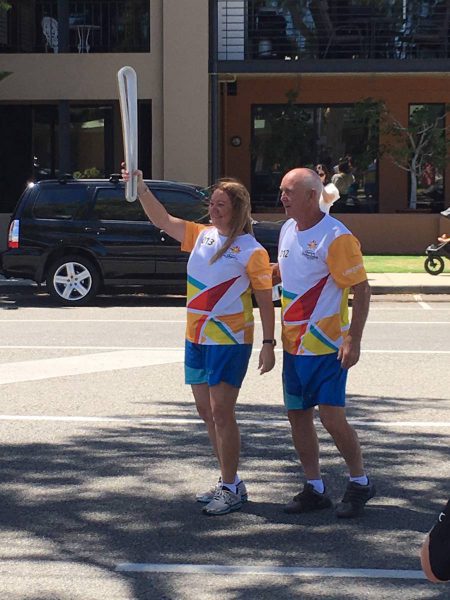 The baton, which holds a message from Queen Elizabeth II inside, is carried in the relay from Buckingham Palace to the Gold Coast for the start of the Games. Donna carried it on its journey through Fremantle, and Julie carried it at Burswood Park.

Julie has served as a teacher, principal, and Team Leader of CEWA’s Students with Disability Team. Donna was one of the Teacher Assistants who worked at the Christmas Island Learning Centre which was operated by CEWA in 2014 to provide education for children from families seeking asylum who were detained there.