Mr Chaney, who launched the inaugural RAP in 2015, officially launched the 2019-2021 RAP. He spoke of the vital role of education in seeking reconciliation between Aboriginal and non-Aboriginal people in Australia. 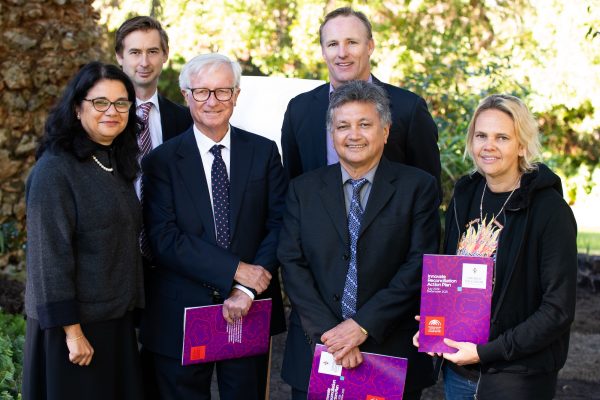 Kylie Ricks-Graham’s had started work earlier in the morning on a sand mural representing the CEWA offices across the State’s four dioceses, and following the launch of the RAP, invited those in attendance to contribute a scoop of sand to the design.

The RAP launch was the first event scheduled for National Reconciliation Week at the Catholic Education Centre, with staff invited to work with Ms Ricks-Graham throughout the week to complete her installation and lunch-time screenings of film Another Country. 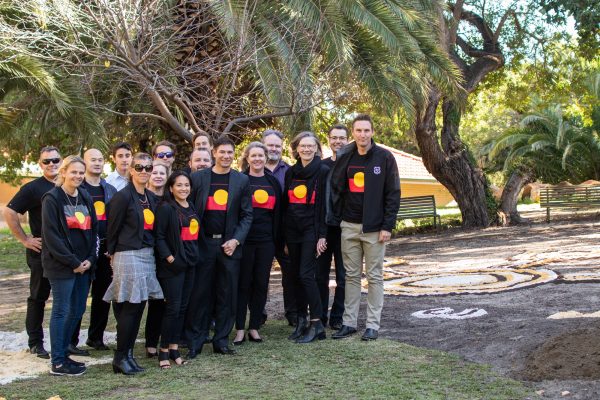 Daily reflections on aspects of reconciliation in Australia were developed by each directorate, with key statistics in the conversation placed on signs along the driveway into the office.

Another reflective installation, in the form of a field of native hibiscus flower cut-outs was also placed in the lawn in front of the building on Sorry Day (Sunday 26 May). These will remain throughout National Reconciliation Week as a reminder of the experiences of the Stolen Generations, with a purple light cast over the building each night reinforcing the message.