Two of Catholic Education Western Australia’s schools have taken out first place in the prestigious Tournament of Minds (TOM) competition.

Celebrating 30 years of excellence this year, TOM is a problem-solving program for primary and secondary school students that develops students’ skills in enterprise, time management, and team work. This year, the competition involved 15,000 students across Australia, New Zealand and Southeast Asia and was divided into four disciplines: Science Technology, Engineering Mathematics, Social Sciences and Language Literature.

The Australasian Pacific Final was held at Flinders University in Adelaide where teams participated in the Challenges of Engineering Maths, Language Literature, Science Technology and Social Sciences. Students worked through their three-hour challenge, presented their solutions and after some entertainment the awards were presented.

Our Lady of Grace School students completed another successful year at TOM, with two of their four teams competing in the National Finals, and the school’s Science and Technology team taking out first place.

Our Lady of Grace Principal Mr Chris Kenworthy said, “Our school community is so very proud of the achievements of OLG’s students.”

Well done to the Our Lady of Grace’s Science and Technology team: 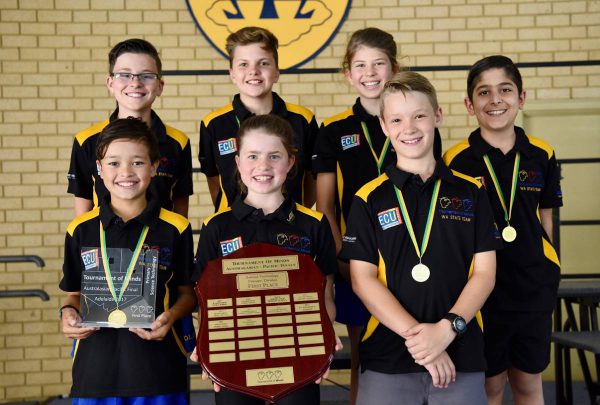 Samson Wheeler and Olek Tindall described TOM as great team bonding experience.
“Being part of this competition is a great way to express your creative thinking and problem-solving skills in a short amount of time”, they said.

Congratulations to all involved!

Read more about Tournament of minds on their website.