CEWA schools and colleges are doing some great work in engaging students, staff and their communities in responsible stewardship of the natural environment, and a number have become accredited as Waste Wise Schools as part of the process.

One of the schools to receive the Waste Wise accreditation for their efforts is Mel Maria Catholic Primary School, for initiatives across their two campuses in Attadale and Myaree.

Mel Maria CPS became accredited in 2019, and with the accreditation received a Waste Wise grant to set up worm farms.

In Year One, students maintain compost bins which produce compost for fruit and vegetable gardens, and Year Two students have the opportunity to ‘repurpose’ plastic for STEAM (Science, Technology, Engineering, Arts, Mathematics) projects. 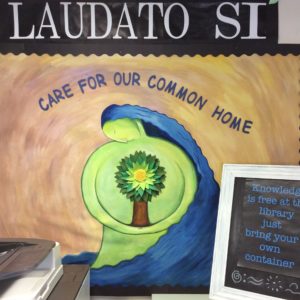 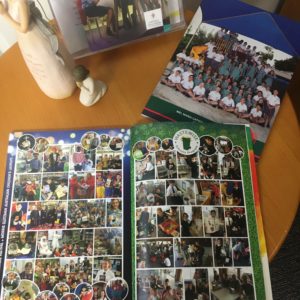 Dawn Plester, a Library Officer at the school, said that it was great that the school had got onboard with the Waste Wise initiative.

“Little information, often, makes a big difference. These children of ours at Mel Maria are the adults of the future,”

Megan Cooper, who is an Early Childhood and Library Teacher, said that the school was cleaner and the general waste bins were less full.

“Watching the children transfer their learning from the classroom to the playground is proof that the program works. Their waste is becoming their problem, and they are becoming better at sorting it,” Ms Cooper said.

“Being part of the Waste Wise program has been very rewarding,”

Waste at the school is sorted through the use of dedicated bins for paper, landfill, food scraps and plastics. 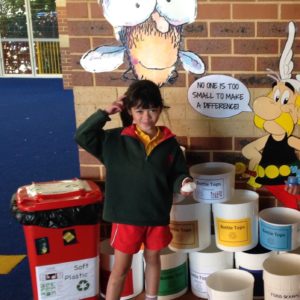 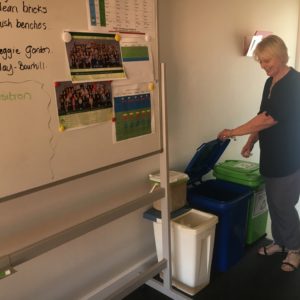 While the library has been an important driver of the program in the school, the canteen has also had a big role to play.

Bamboo spoons and forks have replaced plastic, food scraps have been diverted to the worm farm, and families have been encouraged to consider waste-free lunch options, like bento box style lunches and ‘nude food’.

Canteen Manager, Marie Dimeo, said that it was satisfying to be doing something so positive.

“The worm farm fridges make a big difference to how the Canteen gets rid of waste. I’m getting rid of all the food scraps and creating healthy worms that will improve our gardens’ health,” Ms Dimeo said.

Colleen Morris, an Early Childhood Teacher Assistant said that Mel Maria was taking little steps that would make lifelong changes to the waste habits of students and members of the school community.

Students are not only becoming aware of waste and changing their habits, but becoming advocates for waste wise practices in the community.

“Re-use paper,” said Eddie, one of the Pre-Primary students.

“If you don’t like what you have drawn don’t throw it away! Just turn over and do something on the back,”

Another Pre-Primary student, Phoebe, shared about the lunches she brings to school.

“My lunch box doesn’t have paper or plastic. It just has food. I don’t even have to go to the rubbish bin,” she said.

Eddie and Phoebe’s classmate Isla had a message about recycling: “If you get some recycling stuff you could create something with it, or you have to think which bin it goes in,”

A number of CEWA schools are involved in the Waste Wise Schools program, an initiative of the State Government’s Waste Authority.

Watch this space for stories from Star of the Sea Catholic Primary School and Sacred Heart College, and check out the Waste Wise Schools website for new resources and PD material, some of which features Mary’s Mount Primary School.