Aliesha Mafrici, Chisholm Catholic College’s Visual Arts Technician and Class of 2012 alumnus, was recently commissioned to produce a sculpture for the annual Stations of the Cross art exhibition, currently on display at Wesley Uniting Chuch in Perth CBD.

Aliesha created a sculpture titled The Resurrection of Christ, named for the 15th and final station. 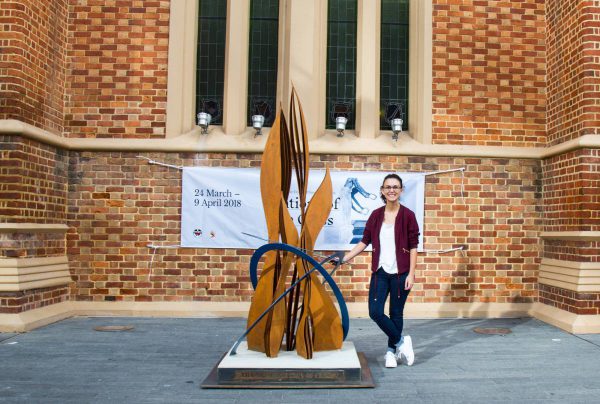 The 15th station is not always featured in the traditional stations of the cross, but Aliesha said she felt fortunate to have been selected to interpret the Resurrection as it resonated with her personal faith and her interest as an artist.

Her sculpture depicts flames, which can serve as a metaphor for facets and paths of peoples’ lives fusing into one another, being tamed by three rings which could be interpreted as the Divine power. The work expresses Aliesha’s belief that there is a subliminal quality to the idea of putting one’s faith and life into another’s hands as Jesus did.

Aliesha’s previous work has been incuded in Sculptures by the Sea Cottesloe and Bondi, and she was awarded the Rio Tinto Young Emerging Artist Mentorship Program in 2016, the Federal Government Catalyst Fund in 2017, as well as an Alcoa Sculptor Subsidy. She gives specialist demonstrations and mentors senior students undertaking major projects at Chisholm Catholic College.

The Stations of the Cross exhibition will be open to the public until 9 April, after which it will be displayed at the Geraldton Regional Art Gallery from 20 April until 16 June. 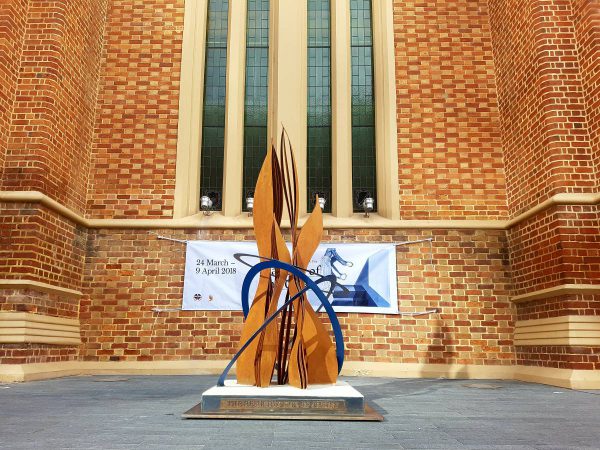