The winner of the CEWA LEAD Awards for Excellence People’s Choice Award is Clontarf Aboriginal College.

Clontarf created the first-of-its-kind Boonar Project (boonar means seasons in Noongar – ‘boo’ is pronounced like the ‘bu’ sound in ‘bull’) to connect the seasons of the liturgical calendar with the Noongar seasons.

The project celebrates and connects Aboriginal spirituality with Catholic faith, and is now a visual resource at the college available to students and staff, as well as visiting parishioners and community members. 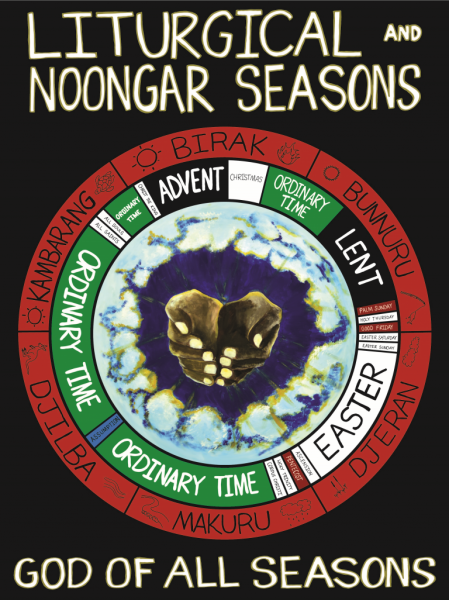 Clontarf Head of Religious Education and Campus Ministry Salvatore De Luca said the College had won the popular vote thanks to the support of its community.

“We are a small school but we have a very active and close-knit community who responded to the competition and urged their family and friends to vote,” he said.

“It is very exciting and we are very grateful.”

It was the first time a People’s Choice Award category had been added to CEWA’s annual LEAD Awards for Excellence.

Voting was via the CEWA Facebook page, the project with the most likes and shares winning the prize.

The 2019 Awards received a record 55 nominations across the four categories of Learning, Engagement, Accountability and Discipleship, up from 47 in 2018 and 30 in 2017. 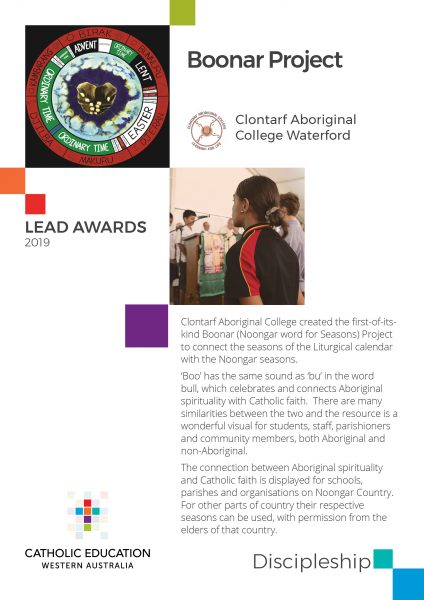