In 2021, Catholic education communities across Australia are celebrating 200 years of providing children and young people with opportunities to learn, grow and develop in their faith.

Some talented CEWA students were recently invited to feature in a high production value film clip for ‘Faith in the Future’ – a song written for the bicentenary and recorded by popstar priest Fr Rob Galea, which is being used throughout the year.

Filming has been taking place with Australian Catholic schools at iconic locations around the country, and three groups of CEWA students – a Sacred Heart College rock band, Aquinas College choir and Mercy College students – visited a studio, Kings Park and City Beach to capture iconic WA scenes for their contribution to the video. 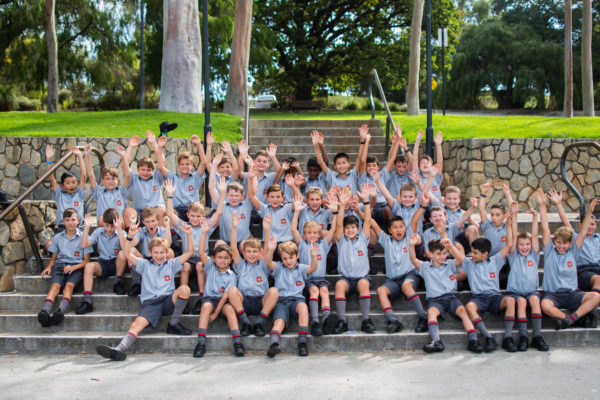 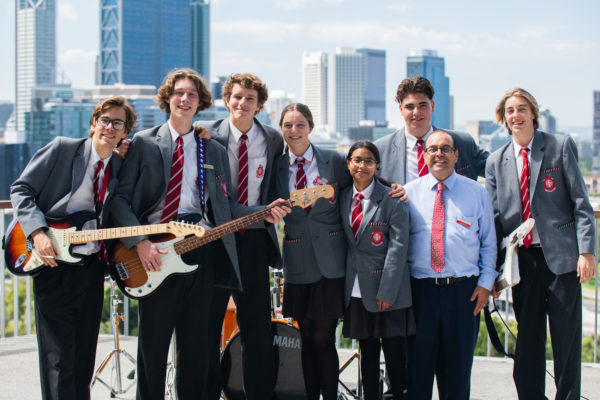 The Sacred Heart band were already familiar with the song, having performed their own arrangement earlier in Term One at the Catholic Education Leaders’ Forum, as well as CEWA’s own 50 Years Together anniversary function.

“Our Year 11 Contemporary Rock Band were so excited to be a part of the “Faith in the Future” filming for the 200 years of Catholic Education Celebration. The students really enjoyed their performance and will have great memories of the video shoot experience,” said Sacred Heart Head of Music, Mr Mark Martino. 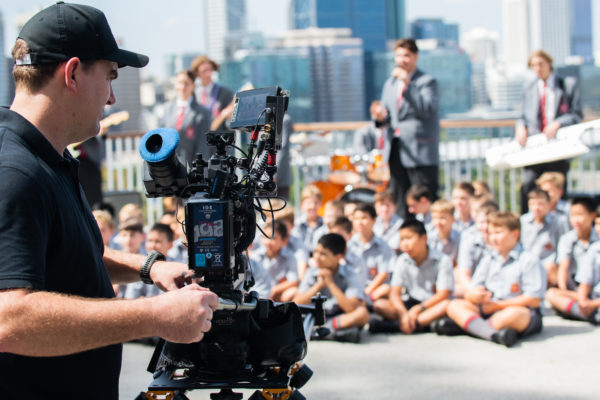 The ‘Faith in the Future’ video will be streaming online early in Term Two and will be available at 200years.catholic.edu.au, along with information on other bicentenary events.

The celebrations, including a National Mass to be held in May, are being coordinated by the National Catholic Education Commission in partnership with Catholic schools, colleges and education offices around the country.