Gathered in My Name, CEWA’s Parish Religious Education program, was launched at the Catholic Education Office earlier this month, after the completion of the final year levels and sections of the program.

More than 100 local parish catechists, CEWA staff members and guests attended the launch of the program, which derives its name from the Gospel of Matthew 18: 20: “Where two or three are gathered in my name, I am there among them”. 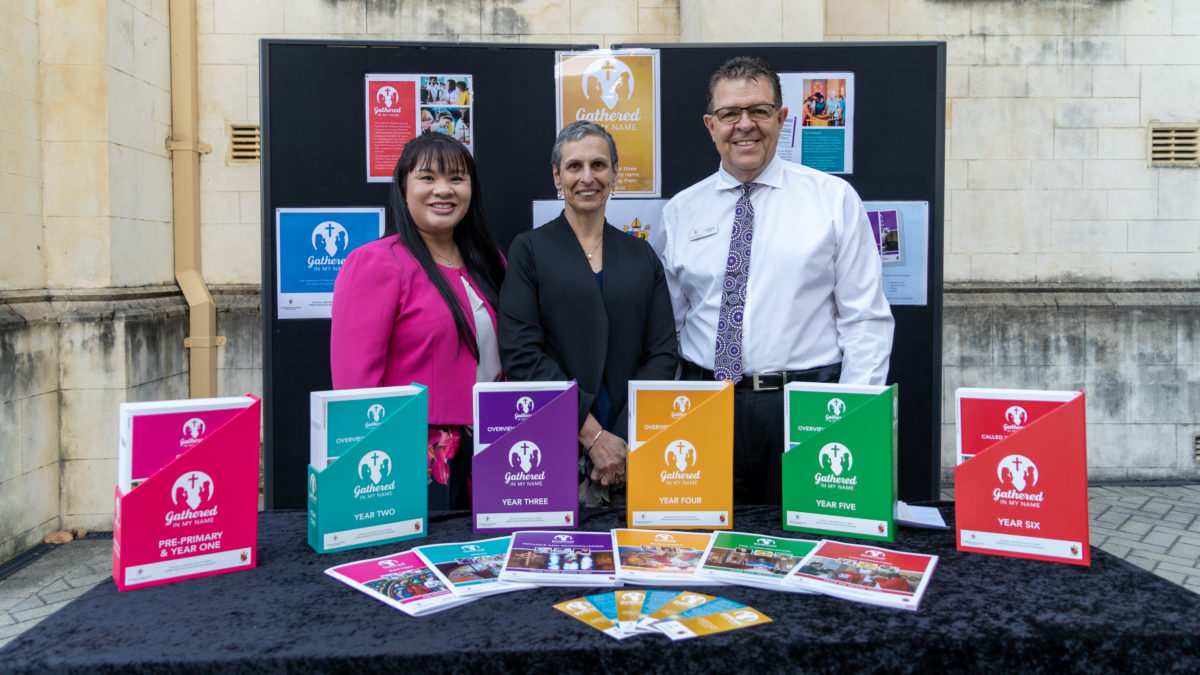 The program was launched in sections as it was developed, with the first section launched by Archbishop Costelloe SDB in 2016, with the final sections launched by Vicar for Education and Faith Formation, Fr Vincent Glynn, who spoke about the importance of the ministry of the catechist, as expressed by Pope Francis.

“Pope Francis has recently noted how teachers of the faith were present from the earliest days of the Christian community and were recognised as having a special gift of the Holy Spirit for carrying out their role within their community,” Fr Glynn said.

“The Holy Father acknowledged that in looking at the history of evangelisation, we cannot overlook the countless lay men and women who directly took part in the spread of the Gospel through catechetical instruction.

“These have been men and women of deep faith, authentic witnesses of holiness, who in some cases were also founders of churches and eventually died as martyrs,” he said. 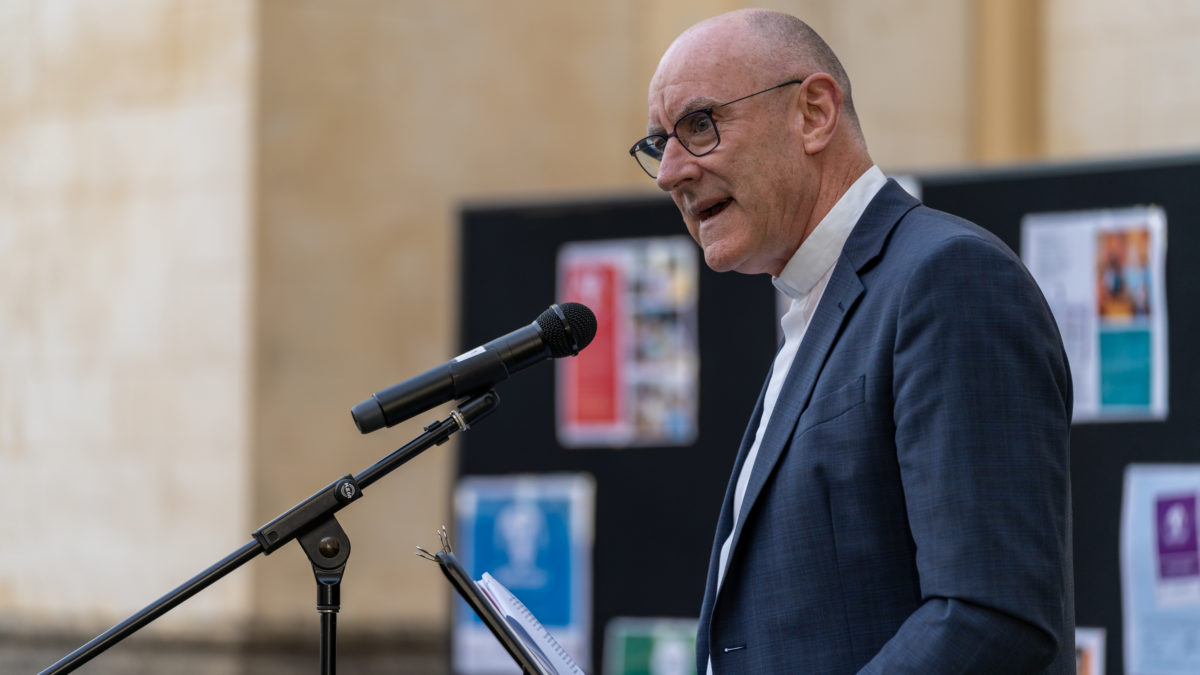 Vicar of Education and Faith Formation, Fr Vincent Glynn, speaks about the importance of the ministry of the catechist, as expressed by Pope Francis during the launch of the new parish-based religious education program, Gathered in my Name, Thursday 4 November at the Catholic Education Office in Leederville. Photo: Michelle Tan.

Fr Glynn continued by highlighting that good catechesis is not just about knowing God, but about being introduced and developing a personal relationship with God through Jesus Christ.

“Gathered in my Name provides that, in that it is sound pedagogically and theologically.

Fr Glynn also thanked catechists from across the Archdiocese of Perth on behalf of Archbishop Costelloe for their dedication and commitment within their parish communities.

“They are doing a service of the Holy Spirit that is marked by joy, encouragement, liveliness and a dedication to the gospel,” he said.

“This new program will help support our local parish catechists; they are leaders of the local Catholic community who evangelise, gather and guide their fellow Catholics in prayer and works of charity. They are an inspiration to us and encourage us to do our very best to serve their needs,” Dr Ford said.

“The completion of Gathered in my Name will help catechists to nurture the faith journey of those Catholic students who go to government and independent schools and to engage them in the parish community,” she said.

The year levels of Gathered in My Name consist of several modules, including Advent/Christmas, Baptism, Called into Friendship with God, Creation, Confirmation (Year Five and Six), Church, Eucharist, Jesus and Easter, Mary, Penance and Reconciliation, Prayer and Word.

The program has been compiled in such a way that Catechists who are not always trained teachers have everything they need to share their faith effectively. 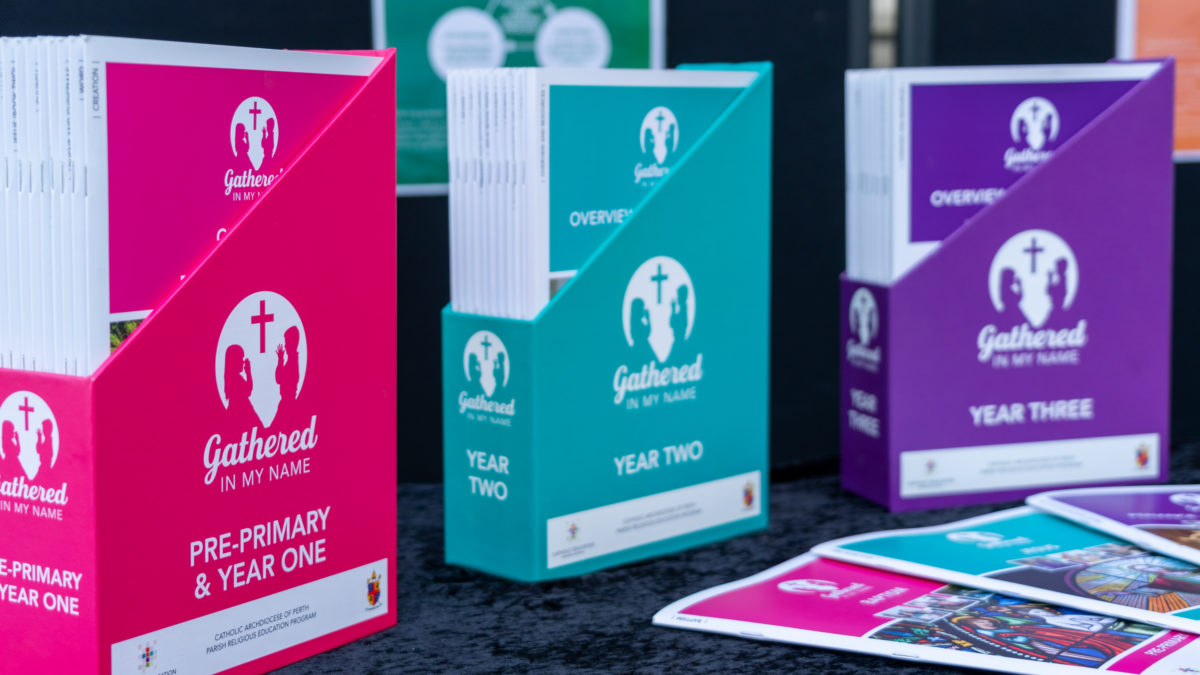