Indigenous Round enjoyed by all

The inaugural Sacred Saints Indigenous Round event was held last week, thanks to the commitment of a Good Shepherd Catholic School Indigenous Liaison Officer and a school-based working party.

An eye-catching feature of the event were the guernseys worn by Good Shepherd students, which were designed by Gavin Farmer, artist and Aboriginal Liaison Officer at Lumen Christi College, and made possible through a PALS grant. 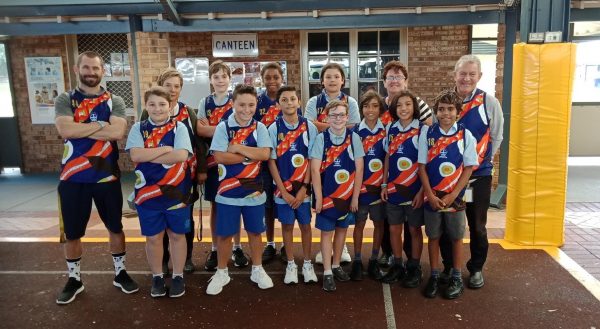 The guernseys were created using colours found in ochre pits, with symbolic design elements including the sun, circles representing water holes and surrounded by footprints representing the journey of life, the local Youran, or bob-tail lizard, and a contemporary pattern representing people from all walks of life coming together.

The event was the brainchild of Maria Dzubiel, who is an Aboriginal Teaching Assistant at Good Shepherd as well as the school’s Indigenous Liaison Officer, and was attended by guests from the Department of Local Government, Sport and Cultural Industries, the Wirrpanda Foundation, and CEWA Leadership Team, as well as Cr Dave Lucas, City of Swan Mayor. 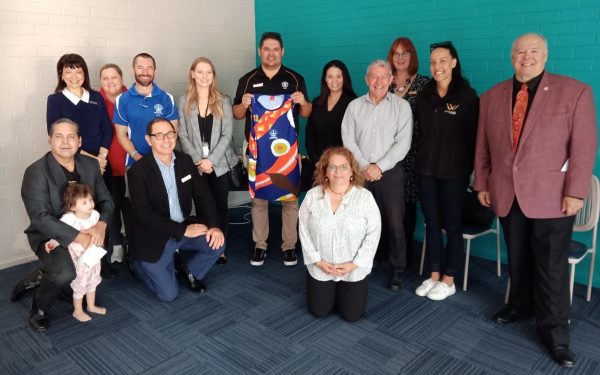 The students from St Brigid’s competed brilliantly to take home the inaugural Sacred Saints Indigenous Round Shield, with plans for the event to become an annual fixture after its success. 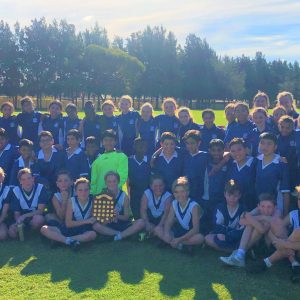 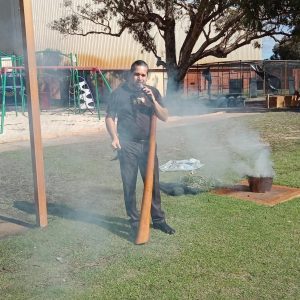 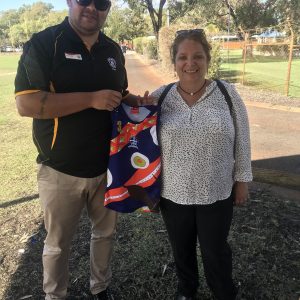