John Paul College music students had something to trumpet about after spending time with jazz luminary James Morrison recently.

Arguably Australia’s most famous jazz musician, Morrison hosted a masterclass at the college on 26 June ahead of a performance at the Goldfields Arts Centre.

JPC jazz specialist Genevieve Ogden said the school was thrilled to have the opportunity to host Mr Morrison and members of the James Morrison Academy Jazz Ensemble from South Australia.

The JPC students spent an hour with Mr Morrison workshopping pieces for upcoming eisteddfods and gleaning every bit of information they could from him about the life of a professional musician. 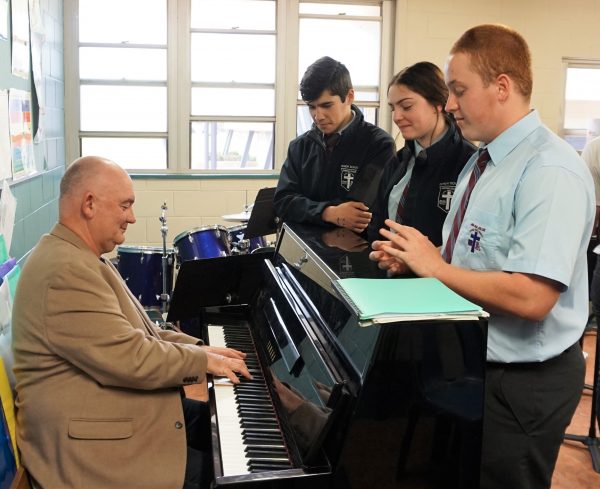 Ms Ogden said it was amazing to have someone of Mr Morrison’s calibre in the same room as the students.

The Australian Jazz Hall of Fame inductee was impressed with the college jazz band’s performance of ‘Something’s Gotta Give’, praising the band on the swing and tempo of the number.

The Academy Jazz Ensemble members joined the students for a repeat of the song followed by their take on the Frank Sinatra classic ‘Summer Wind’.

Mr Morrison offered tips on performance, volume and how to coax out higher notes through breathing and embouchure and answered lots of questions from the students. 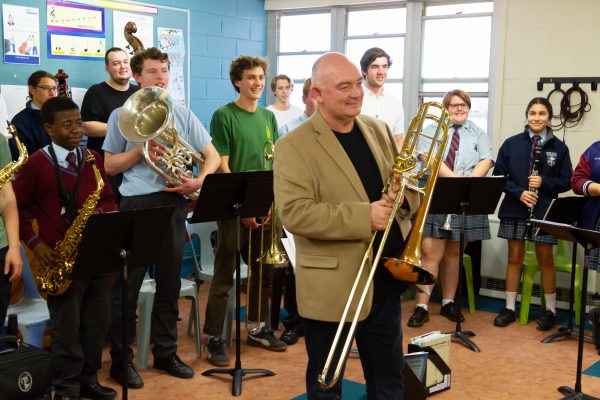 The class finished with a classic Morrison performance of ‘Max’, from his album with American bassist Ray Brown ‘Two the Max’, complete with arched back and show moves.

JPC staff member Liz Parker said it was a fantastic spectacle which the students really enjoyed.

“This visit to the College was an invaluable experience for our students and we thank Mr Morrison for taking the time to conduct the workshop,” she said.

Mr Morrison has performed for Queen Elizabeth II and at the Whitehouse for former US President Barack Obama, and has also shared the stage with the likes of Dizzy Gillespie, Cab Calloway, Ray Charles, B.B. King and Wynton Marsalis who famously quipped “Man, James Morrison can play!”.

Best known for his prowess on the trumpet, the multi-instrumentalist also plays piano, brass instruments, saxophones and double bass.