Today three Year 10 students from John XXIII College will begin the experience of a lifetime, competing in the World Scholar’s Cup Tournament of Champions at the famous Yale University in America.

Ben Linsten, Emily Tyson and Alex Panther qualified for the prestigious tournament earlier this year after placing 35th out of hundreds of teams at the Global Round in Melbourne. 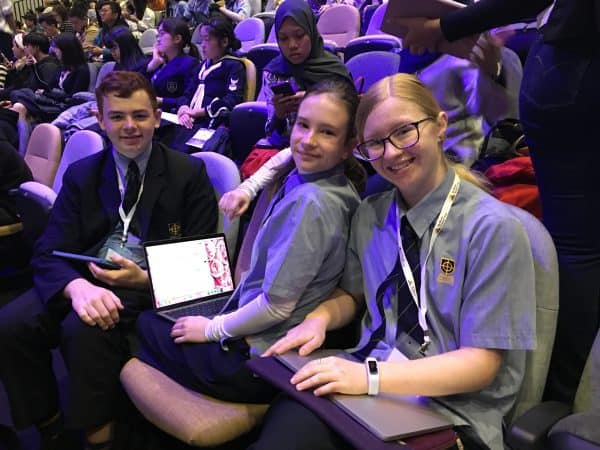 This week they will compete with a thousand students in teams from around the world in collaborative writing, a scholar’s challenge, team debate and scholar’s bowl, where the teams will fill a lecture theatre and compete to solve analytic questions and multimedia challenges.

However, it is not all hard work and competition, the students will also visit New York and Boston and enjoy guided tours of both Yale and Harvard universities.

They will have the full Ivy League experience by staying at Yale where they will interact with and learn directly from Yale students, eat dining hall food and listen to keynote addresses from Yale professors.

John XXIII Principal Robert Henderson said the World Scholar’s Cup was one of a number of opportunities provided by the College as part of its Magis Program for gifted students.

The Ignatian tradition of striving for the Magis is imbedded in every John XXIII College learning area and encourages all students to reach for their personal best in all things.

“The College is delighted with the performance of all our students in the World Scholar’s Cup and we particularly excited to have a team representing the College at the prestigious Yale University,” Mr Henderson said.

John XXIII had seven teams from the WA Regional Round qualify for the Global Round in Melbourne, with four teams competing with Distinction.

The first World Scholar’s Cup took place in Korea in 2007 with the first global round a few weeks later, bringing together students from Korea, Singapore, and the United States.

The idea behind the World Scholar’s Cup was to create something different to traditional academic competitions and conferences. It is a celebration of the joy of learning; a tournament as rewarding for the team that came in last as the for the team that came in first; and an enrichment opportunity that motivates students not just to demonstrate their existing strengths but to discover new ones.

The World Scholar’s Cup has grown to reach tens of thousands of students in dozens of countries. 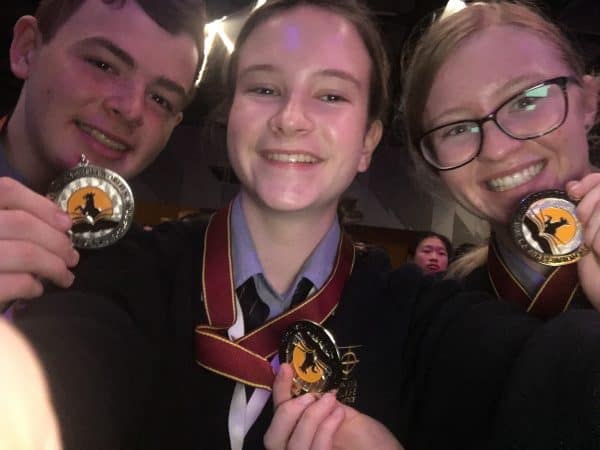