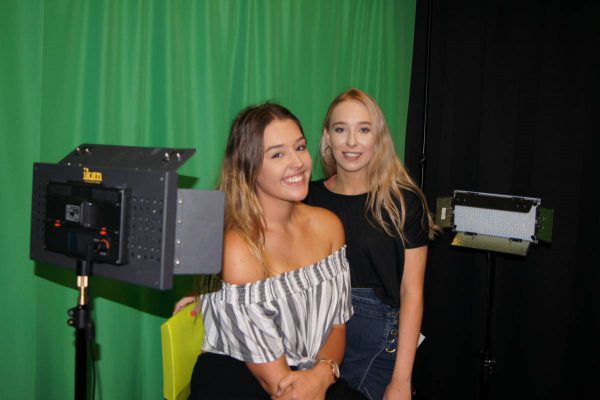 Films by former Catholic Education Western Australia students, Jasmin Rowe and Emily Garden, are currently being screened in locations across the State in this year’s Media Perspectives exhibition.

The Mandurah Catholic College graduates share the spotlight with a select group of 15 students, comprising the top ATAR Media productions by Year 12 students throughout Western Australia in 2016.

The films will also be screened at the Perth International Revelation Film Festival, which showcases a variety of independent films and is widely held as one of Australia’s best film festivals.

Both films delved into important and thought-provoking topics; Emily’s film is an exploration of the importance of family within our lives, and Jasmin’s film is an experimental and heavily symbolic short film.

This year, Jasmin embarks on her studies at the University of Western Australia where she will undertake a double major in Architecture and Integrated Design, while Emily has begun her degree in Journalism at Curtin University.

Past students from the course have enjoyed success in the international film competition Tropfest, as well as the Bond University Film Awards, and recently had the opportunity to work under the directorship of world-renowned playwright, Ben Elton, when he filmed in the Peel region last year.