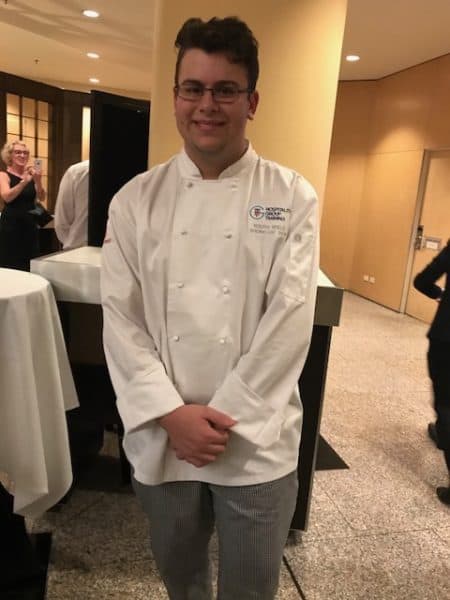 A formal gala event organised by Hospitality Group Training WA, the HGT showcase provides a platform for more than 100 young apprentice and trainee chefs to display their competencies in catering for the large-scale event.

Held in the Hyatt Regency Grand Ballroom, this year’s theme was ‘A Little Bit Country’ – Dion was among a team that created a five-course meal using local Western Australian produce.

Now in its 19th year, the event saw food prepared on a massive scale for more than 400 people, including 5-star chefs from around the country and Members of Parliament.