CEWA schools and colleges across the State celebrated NAIDOC week earlier this month.

The 2019 theme Voice. Treaty. Truth. resonated through a variety of events and activities which celebrated the histories and cultures of Aboriginal and Torres Strait Islander peoples.

Staff and students at Kolbe Catholic College in Rockingham embraced the week with activities and events every day, including friendly sports matches and a Mass with smoking ceremony, didgeridoo and dancing.

A Year 7 Aboriginal student performed a traditional dance one lunchtime, inspiring both staff and students to join in with what became a very special impromptu celebration.

A whole school NAIDOC assembly created a welcoming environment for parents and the community to join the school’s celebrations.

It began with two Aboriginal Year 12 students entering with their grandmother and mother, and the school choir performed ‘We are Australian’ in Noongar.

The Wesley College dancers performed at the assembly, and the ‘Wanju’ song was sung followed by a Welcome to Country by Trevor Walley. 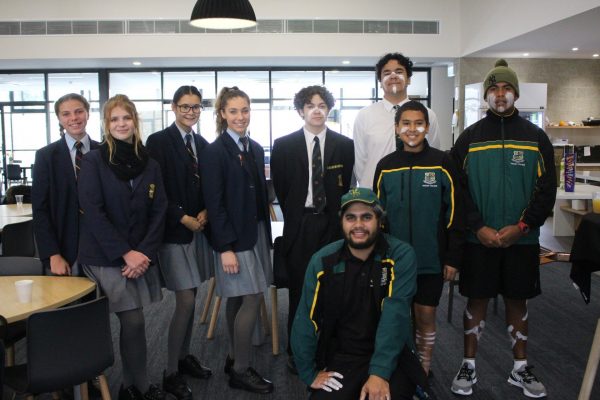 Former student Chloe Collard (class of 2014), who is due to graduate soon from Notre Dame University, spoke about her journey to become a teacher, and college Principal Robyn Miller invited all staff on stage as a symbol of solidarity in walking together with the Aboriginal community.

Mrs Miller said she was particularly proud of the school’s Indigenous Education Officer Lisa Dann who organised many of the activities including ordering special NAIDOC shirts for staff who wore them throughout the week.

“It was a pretty special experience, all inspired by a very special lady in Lisa,” Mrs Miller said.

St Andrew’s Catholic Primary School in Clarkson had a display of Aboriginal art, and students learned about Aboriginal cultures in class with activities including creating artwork of animals with their Noongar names. 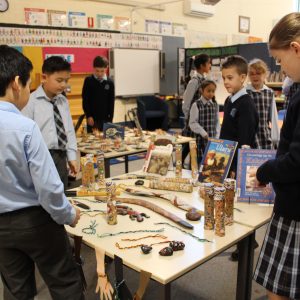 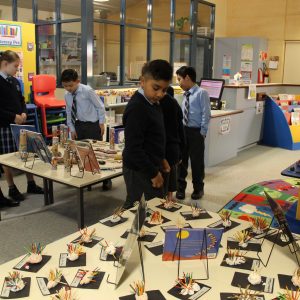 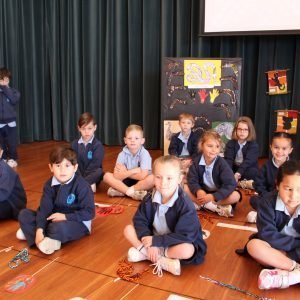 Aranmore Catholic College also had NAIDOC activities every day for a week before the school holidays, including an assembly with community guests, members of religious orders, Aboriginal students performing and a talk by Dennis Eggington on treaty, part of the NAIDOC theme.