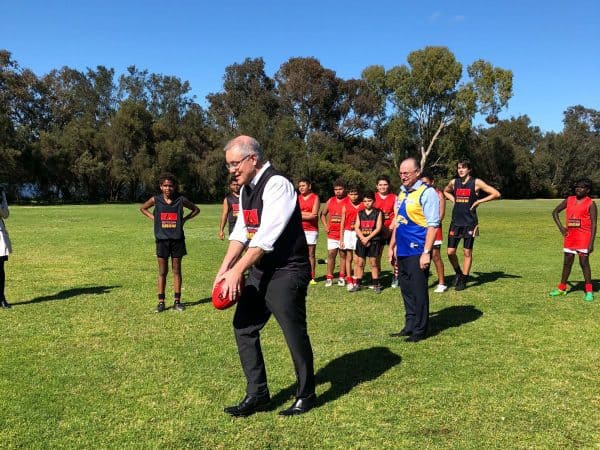 In an informal breakfast barbecue setting, the Prime Minister met with boys from Clontarf Academies across the Perth Metropolitan area and regional WA who were specially selected due to their excellent school attendance and behaviour.

Following the Eagles weekend grand final win, Mr Morrison spurned his preferred sport of rugby in favour of AFL and kicked a football with students on the school’s oval, donning an Eagles guernsey embellished with his ‘ScoMo’ nickname.

Clontarf is a non-profit Foundation whose aims are ‘to improve the education, discipline, life skills, self-esteem and employment prospects of young Aboriginal and Torres Strait Islander men’, with 97 academies for boys across the nation, and a heavy focus on football and rugby league.

The Prime Minister has been a long-time public supporter of Clontarf, saying in a July video posted to his personal Twitter account that the foundation is “changing young Indigenous men’s lives . . .  providing support networks that deliver intergenerational change.” 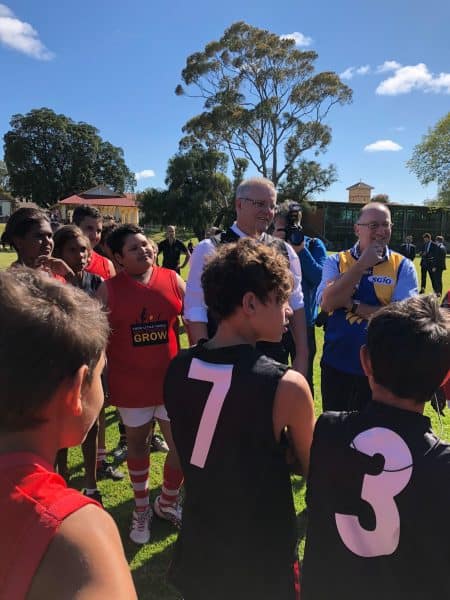 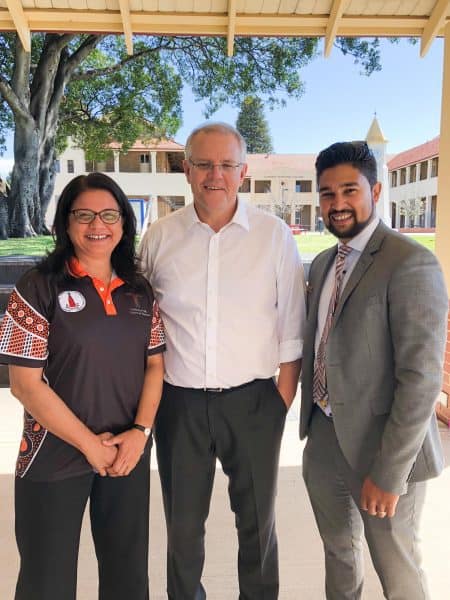 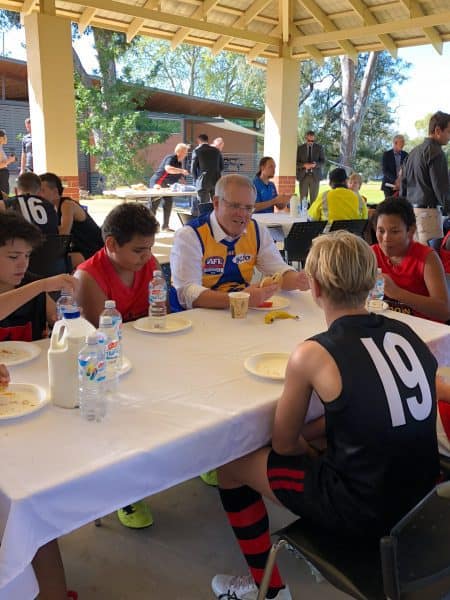 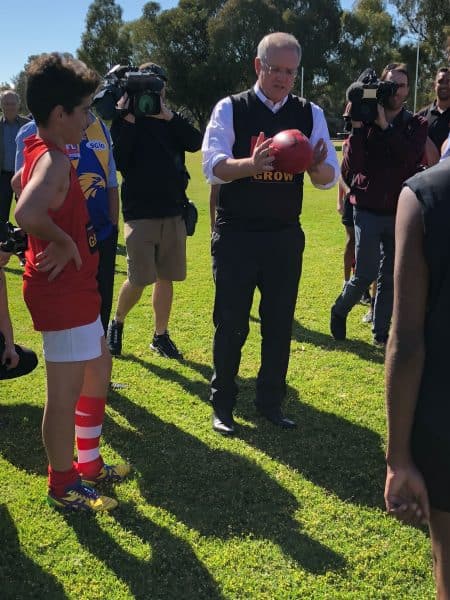