An autism awareness campaign that began at a small Catholic school in Perth’s northern suburbs is growing every year, and as it grows, is making a difference to the lives of children with autism in Western Australia.

Paint Me A Rainbow was established by Whitford Catholic Primary School parent, Kylie Beveridge, after seeing a need to create an inclusive environment for children and families living with an autism diagnosis.

Kylie’s son Lachlan has autism, and thanks to the funds raised by the first Paint Me A Rainbow campaign in 2018 he now enjoys the use of a sensory Rainbow Room at his school.

The organisation is encouraging all schools across Western Australia to be part of the Paint Me A Rainbow campaign next year in April, which is Autism Awareness Month world-wide, and offering support to make this happen. 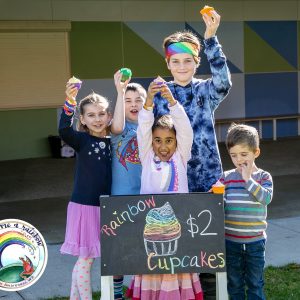 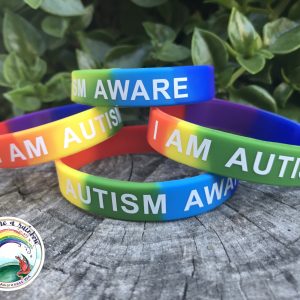 A share of the funds raised through Autism Awareness Month will go to the schools to purchase resources for students with autism.

Mrs Beveridge would like to see as many schools as possible host the campaign during Autism Awareness Week, between 30 March and 3 April 2020.

“Schools will receive everything they need to host their own autism awareness campaign from merchandise, to in–class awareness presentations, colouring–in competitions, prizes, posters, the option to purchase Paint Me A Rainbow’s clothing range and also Rainbow cookies for their rainbow day,” she said.

“It is lovely to see the funding going back into schools and reaching the children in need, which is our main focus,” Mrs Beveridge said.

In an exciting development, well-known Catholic children’s composer Andrew Chinn from Butterfly Music will be touring Western Australia during Autism Awareness week and will donate 10 percent of his ticket sales to Paint Me A Rainbow.

He has also offered five schools the opportunity to host a concert, but there are just two spots left, so if your school would like to be involved, please email Andrew.

For further information or to register your school contact the Paint Me A Rainbow team via email.