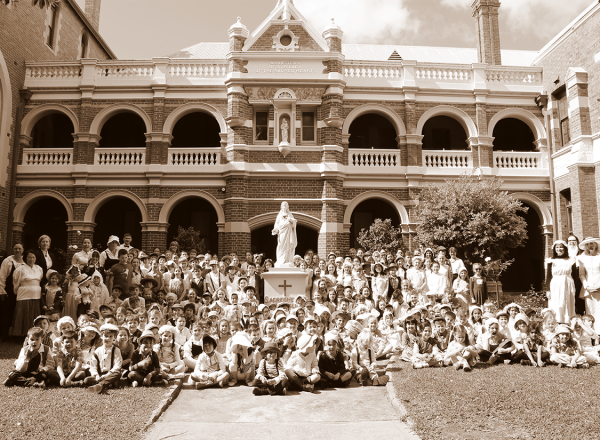 Sacred Heart Catholic School in Highgate are celebrating their 120th anniversary this year, with Founders Week the most recent event held in honour of the school’s rich heritage.

Staff and students took part in a number or activities planned for Founders Week. They discovered more about their school’s history by visiting the new Heritage Room, which was created in the original entrance to the school for the anniversary, and joined in a Q&A session with Sisters from their founding order, Our Lady of the Missions.

On the school’s actual anniversary, Wednesday 25th October, students and staff participated in some ‘old school’ learning and activities, and posed for a ‘pioneer photo’ in old-fashioned clothes.

Sacred Heart Catholic School has not moved in its 120 year history, making it the oldest Catholic primary school in the state still operating on its original site.

The anniversary celebrations will continue, with an art exhibition and auction open to the public on 24 November. The exhibition will showcase the creative talent of students, with funds raised in the auction going towards ICT equipment for teaching and learning.

The 120th celebrations will conclude in December with the burying of a time capsule, with this year’s retired school tie being consigned to history with messages written on them by each student. 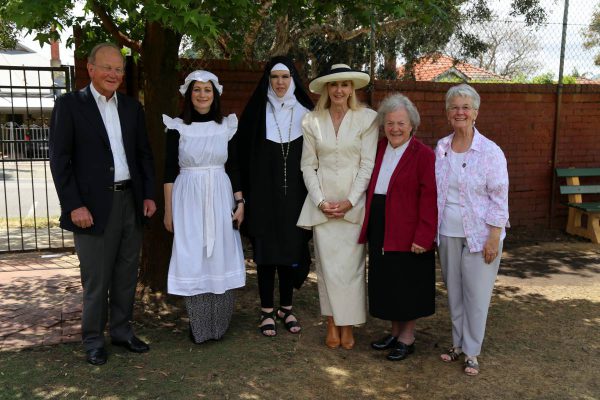 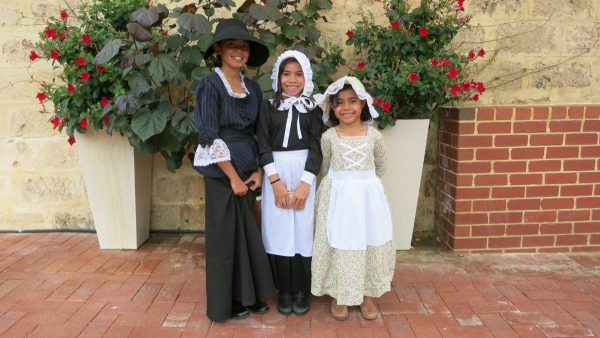