Seton Catholic College’s embrace of Project Based Learning is resulting in the development of apps by students that help deal with real-world problems.

The focus on Project Based Learning reflects a recognition by the College that new demands on work and life after school require new skills to be fostered in high school, including collaboration, adaptability, creative resourcefulness, and self-reflection. 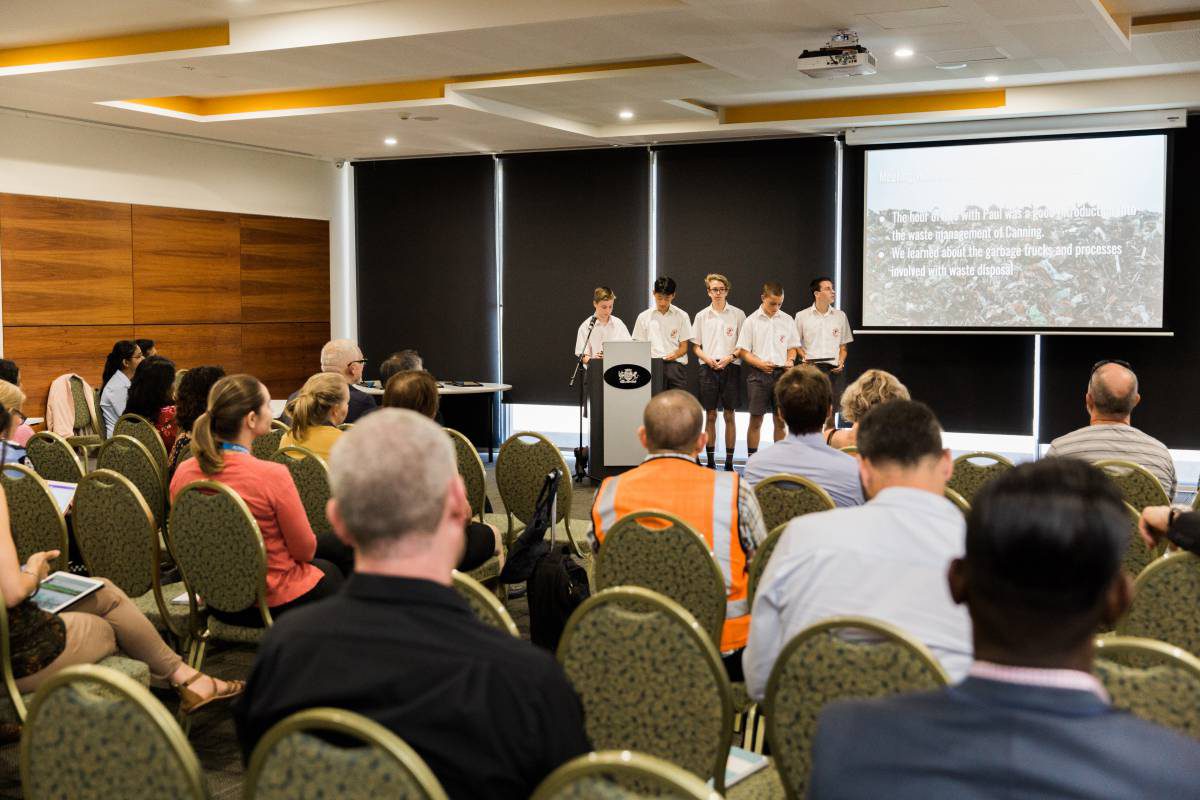 In 2017 Seton had three classes of students in the Project Based Learning course participate in the Just Start It competition, testing their ideas and development of those ideas against secondary school teams from public and independent schools, as well as other CEWA colleges.

Of the three Seton teams, two made it through to the final, held at the Perth Town Hall as part of the West Tech Fest in December.

The event judges applauded both teams for their efforts, with Rippa Gear placing third, and Split Connect announced as the competition winners, earning a first place prize of more than $15,000 in funding for the development of their app.

The Split Connect team were also invited to join the City of Canning’s ‘Hack the Waste’ event, a similar format event held this month, which they participated in under the name ‘Toss It’.

They were able to present their concept of a waste video competition designed to go viral, utilising voting and push notifications, that could empower any individual to create stories about waste and waste reduction.

Though the team didn’t win the City of Canning competition, the City are keen to explore how their idea could be used. 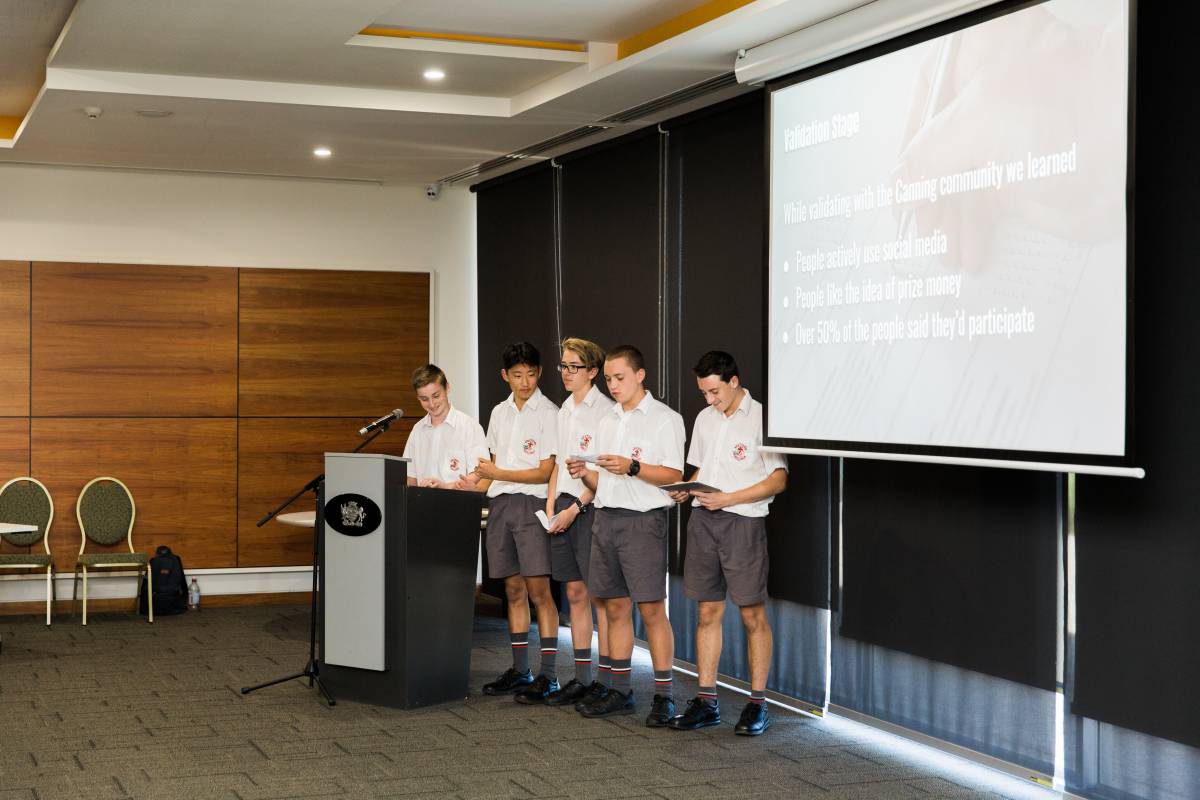