Story dances among the best in Australia

A great story can change the way people think about the world around them.

Performing in the Western Australian awards ceremony at the Regal Theatre on 6 September, the schools received awards in the Primary School Challenge.

Competing in division two, Sacred Heart came out on top, won the Best Biographical History Story Award and was announced as a nominee for the National Story of the Year, while St Helena’s Catholic Primary School received an award for the Best Wildlife Story. 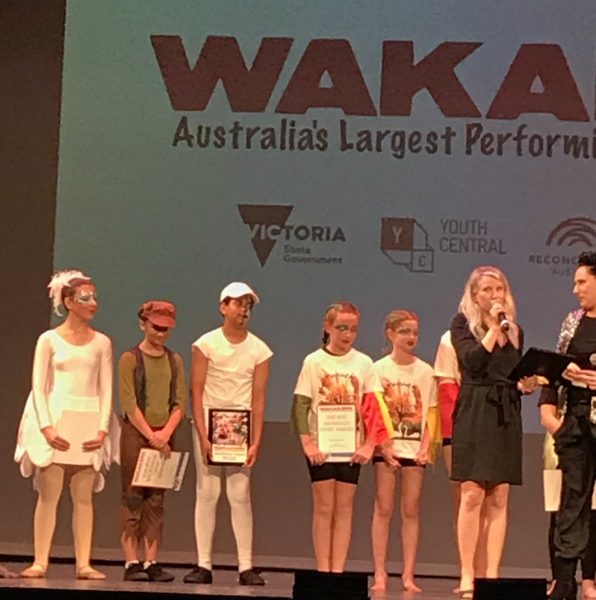 Sacred Heart was also recognised for best use of the signature item, the fly, and best backstage, while St Helena’s Catholic Primary School were awarded the 2018 Best Individual Costume Design Award.

Established in 1992, the Wakakirri Story Dance Festival involves more than 20,000 students across every State and Territory each year.

Hundreds of schools across Australia create Story Dances for Wakakirri that reflect their students’ thoughts, ideas and aspirations.

A Wakakirri Story Dance is a 3-7 minute performance by a group of students that theatrically tells a story using a combination of dancing, acting and creative movement to pre-recorded music.

These stories are performed in professional theatres in front of the official Wakakirri Panel who are searching for ‘Story of the Year’. More than 1 million people watch Wakakirri performances each year.