Ike Adesanya, from Corpus Christi College, took second place on the strength of a convincing call for the Church to speak out courageously in the media. 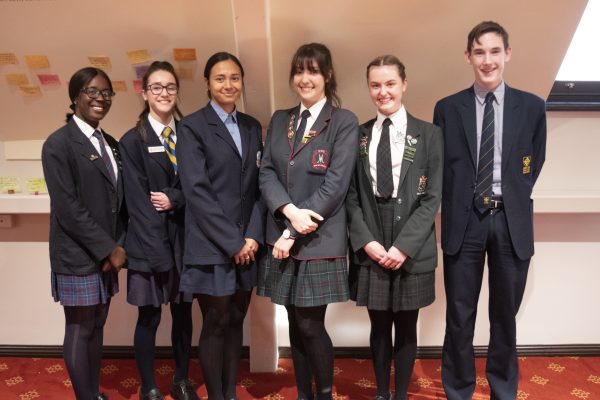 Rory Hewson, from John XXIII College, placed third after providing a cogent argument on the influence of the Second Vatican Council on Catholic Moral Teaching.

The trio each received a cheque and medallion from the Catenian Association of WA.

Santa Maria College also received a medallion as the school with the first-placed student.

One of the themes for next year’s Plenary Council is, ‘The Church in Australia needs to be joyful and hope- filled for all, young and old, men and women, churchgoers and non-churchgoers. What advice would you give the Council on how to achieve this desire?

The aim of Speak for Faith is to provide opportunity and incentive for students taking senior secondary Religious Education courses to speak positively on Christian ethics and Catholic ethos and develop their public communication skills. 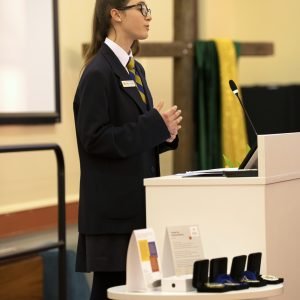 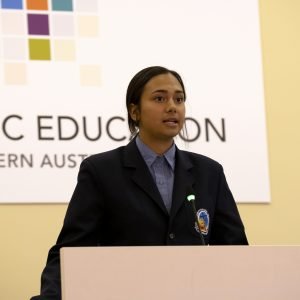 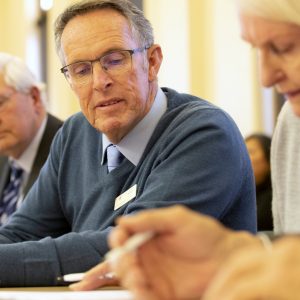 “It was great to see the usual strong representation from country schools, including finalists from St Joseph’s School, Northam and St Mary’s College, Broome,” he said.

“Ísabella Ochtman of St Joseph’s drove in from Beverley while Isaiah McKenna from St Mary’s was flown down from Broome for the finals by the Catenian Association.

“After an end-of-season lay off, it will be time to prepare for next year’s competition.”

This year’s six finalists were: