Students challenged to BE (the right) ATTITUDE at youth summit

Inspired by Pope Francis’ Call to Holiness”, 130 Catholic school students from Year 10 to Year 12 explored the theme BE (the right) ATTITUDE at the Catholic School Youth Summit in Fremantle Yesterday.

Held at Notre Dame University, the summit was a chance for students to explore Catholic leadership as well as network and meet like-minded people from other schools. 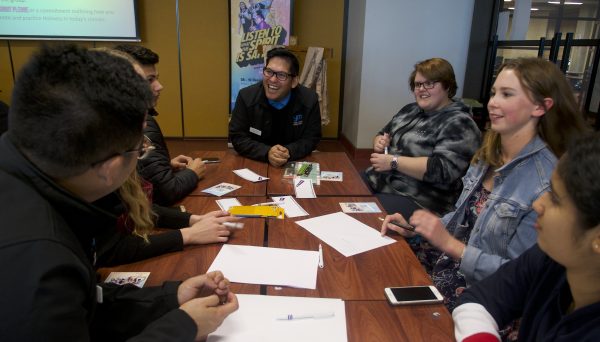 “I think the biggest thing is to realise that it’s achievable,” Dr Leber said.

“A lot of the time when we talk about holiness, we think of things that we can’t achieve.

“It’s giving them the idea that it is possible, that they don’t have to lock themselves up in a monastery, they can do it in their everyday life.”

CEWA Aboriginal Education Consultant Kylie Agale talked about the power of storytelling, enabling people to connect and build relationships, shaping who they are and guiding them.

After the keynotes, students attended workshops presented by leaders from the Catholic community, as well as their student peers.

Dr Glasson encouraged students to identify moments in their lives where they had faced hardship or stress, and to identify how they dealt with the situation.

The students then reviewed the situations, applying theoretical perspectives including Stephen Covey’s concept of the Circles of Concern and Influence, and Martin Seligman’s theories of positive psychology.

Dr Glasson said resilience refers to the ability of an individual to ‘bounce back’ quickly after failure and is an essential attribute all young people require. 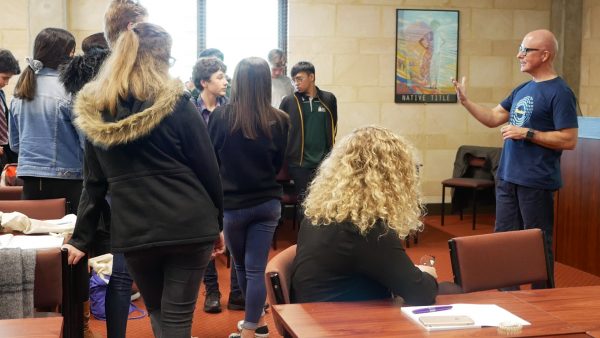 Catholic Youth Ministry representatives ran a session on how young people can make a difference in the world.

In Don’t be Afraid of Being Holy: A Guide on How to Leave a Mark on this World, students created hashtags and discussed how they can be influencers of good on social media.

Other sessions included The Power of Prayer with Rev Father Renald Anthony, assistant priest in Kalgoorlie and If Freo’s Walls Could Talk, which saw Notre Dame University students tell the historic stories of the local area.

Servite College students played a big role in facilitating the summit, with students running the Leadership Is/n’t workshop as well as the final plenary session, which looked at the attitudes young people can embrace as a way of being holy every day.

The summit concluded with a prayer, and students left Fremantle armed with new perspectives on faith and how they can use their attitudes to embrace holiness in everyday life.