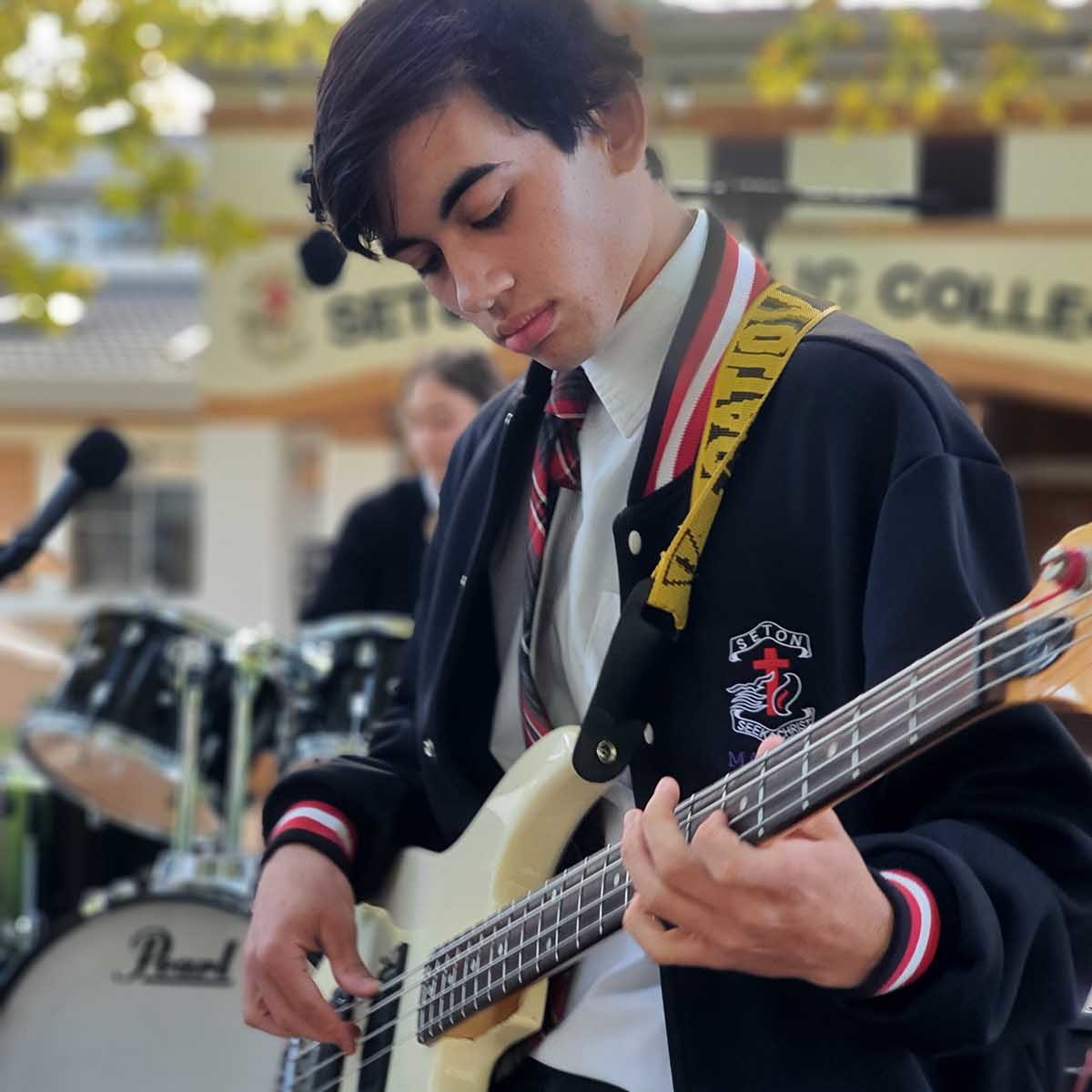 At the end of the event, the band was awarded ‘most outstanding performance.’

Seton Director of Music Emily Dakin said, “Right from the beginning, there was an energy and drive amongst these students that was exciting, so we started to look at how we could develop their skills.

“Teenage Vertigo have since refined their technical and performance skills in the senior music course and accepted several opportunities provided to them by the music department including performing at bigger events, producing original music, and handling of their social media marketing.

“It has been really exciting to work with lots of musicians over the past two years,” bandmate Paterson said.

“Opportunities such as writing workshops with Eskimo Joe’s Kav Temperley and Carla Geneve, as well as performance workshops with drummer Talya Valenti and tenor Paul O’Neill have extended the skills of the band. We are also fortunate to be mentored weekly by guitarist Domenic Barrett.”

The band has professionally recorded two original songs at Vision Recording studios with Jon Clements. One of these songs “Jellyfish” was entered in Triple J’s Unearthed High 2022 Competition. “Jellyfish” was played on the station several times.

“It was so fun; getting to record our own music and do something we would never usually have the funding for” says drummer Tiana Garbin

The students in the band are active members of the Seton Catholic College student body and contribute to leadership, sporting, and other arts endeavours.

“Balancing all our music rehearsals and gigs can be challenging at times, but we all work together to try to support each other’s interests and responsibilities,” said Jay Chandler-Brennan. 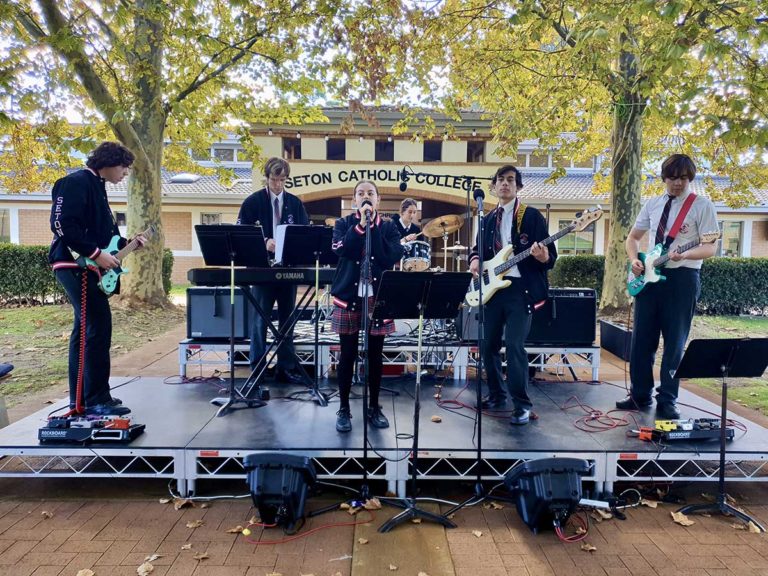 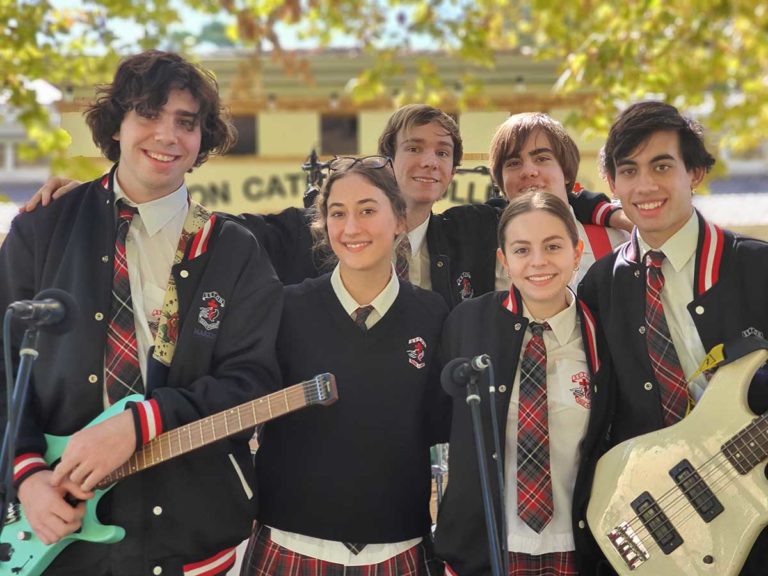