Walking in the footsteps of the ANZACs: John XXIII students connect with defence force

As part of their Year 9 HASS Course, and in recognition of the 100 Year Anniversary of the end of World War One, the students took part in activities under the theme Walking in the footsteps of the ANZACs. 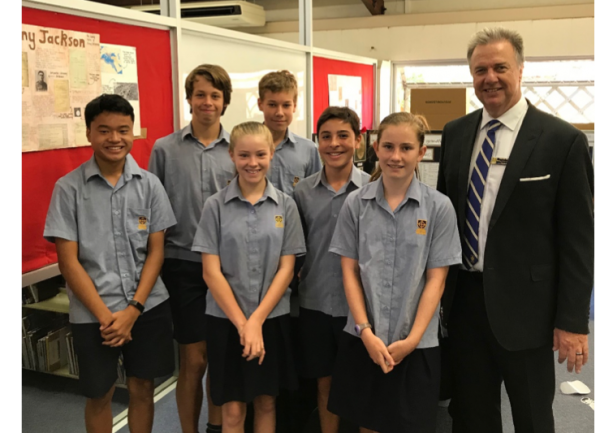 Using online databases such as Trove, the Australian War Memorial, the National Library and the Imperial  War  Museum, the students investigated and collected material including enlistment papers, death notices, commendations, personal diaries and letters that were then used in the construction of a museum display.

Each student also wrote a letter to a current serving Australian Defence Force member explaining what they had learned about their particular soldier and what they had discovered about the sacrifices made in times of war by all people, not just soldiers.

Most importantly they used the opportunity to let a serving member of Australia’s Defence Force know that their work was appreciated and that they were thought of.

Many students commented that ANZAC Day now held a different meaning for them as they had gained a much greater understanding of the ANZACs role in helping to define Australia then and now.