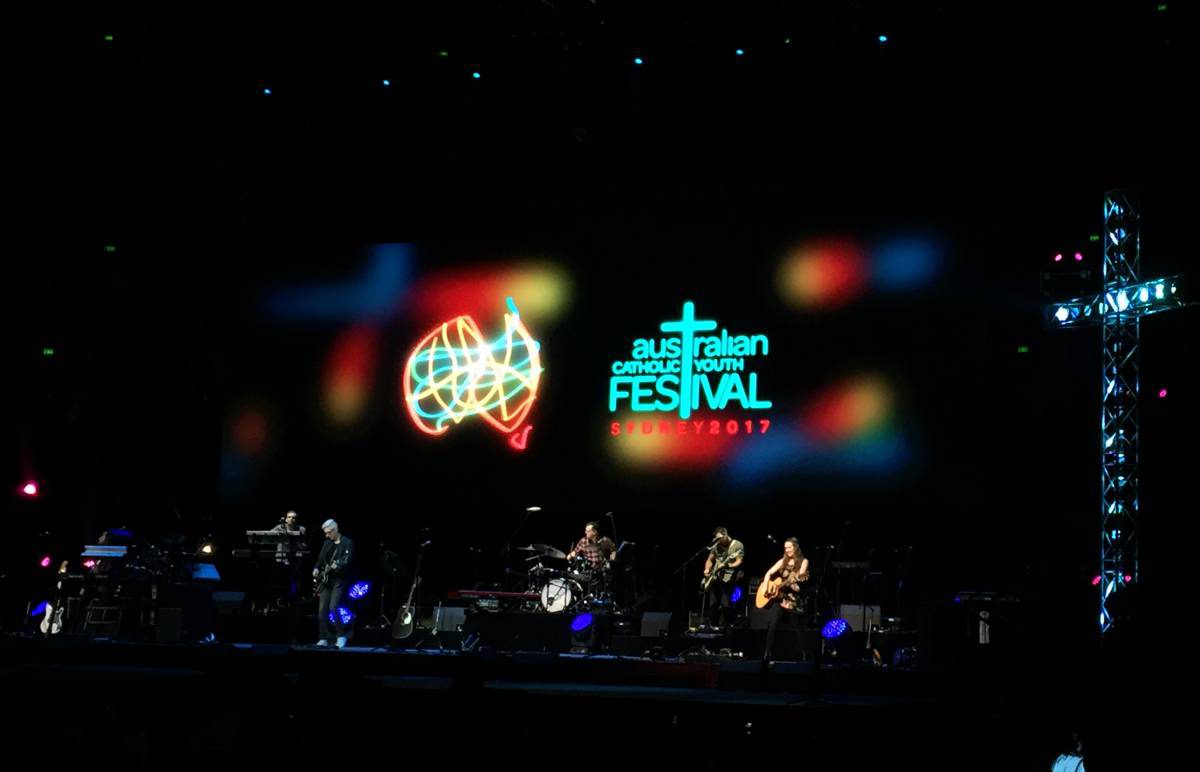 The 2017 Australian Catholic Youth Festival (ACYF) concluded on Saturday 9 December with the largest Catholic Mass held in Australia since World Youth Day in 2008, with 15,000 gathering in Sydney’s Domain for the final celebration. A fitting way to end three days of prayer, worship and music experiences, and to nationally launch 2018 as the Year of Youth.

The theme for the 2017 ACYF, “Open new horizons for spreading joy:  Young people, faith and vocational discernment,” drew from Pope Francis’ address to young people at the Vigil at WYD Krakow 2016, where he continues to challenge young people to take action and engage in opportunities to deepen their faith and become empowered as disciples of today.

The excitement and passion of youth was felt from day one, when the doors to the Qudos Bank Arena at Olympic Park opened, and thousands of young people from Catholic schools across Australia began to flood through the doors to the sound of incredible Christian music talents.

The morning Plenary opened with a visually spectacular Acknowledgement of Country, before Grammy-nominated Catholic music talent Matt Maher took to the stage to excite the crowd in praise and worship. Sydney Archbishop Anthony Fisher OP, the Bishops’ Delegate for Youth, then addressed attendees and announced the ACYF 2017 as a place for joy, conversation, vocation and evangelisation. 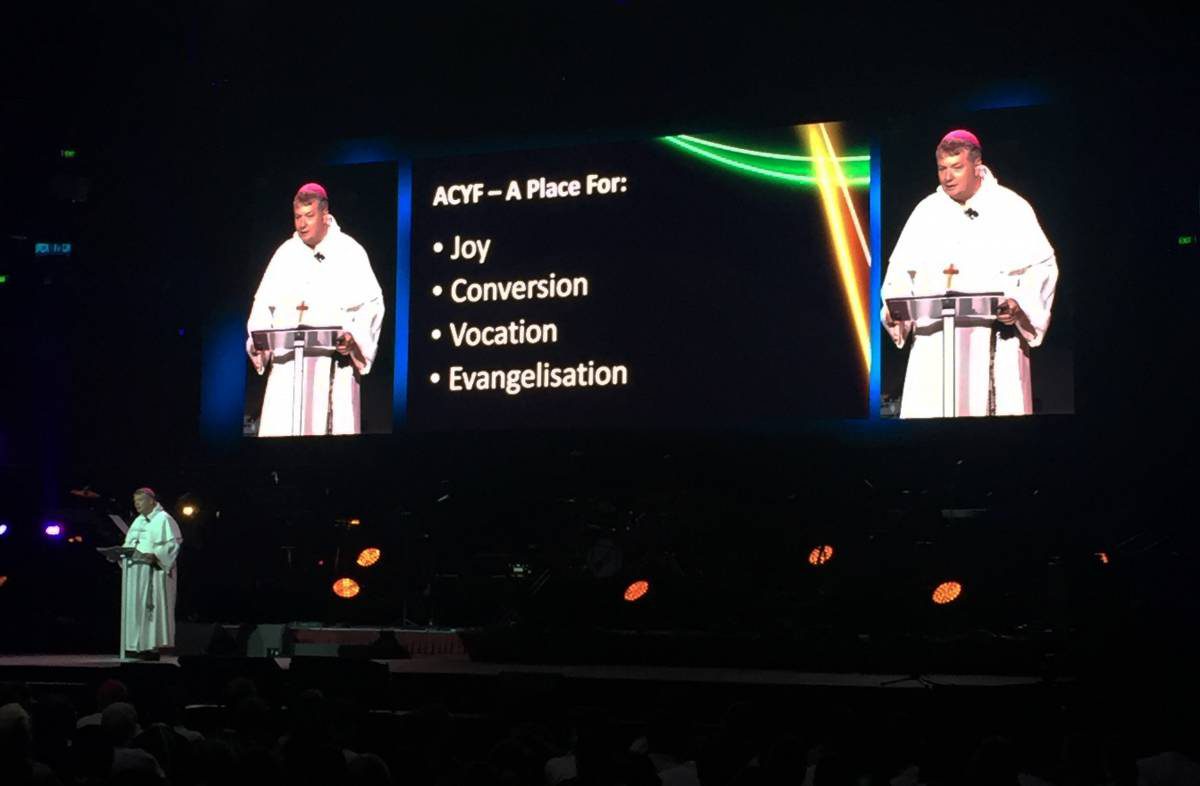 During the course of the three days, Catholic youths boldly engaged with their faith and relationship with Jesus and the world, participating in experiential workshops, panel discussions, games, activities and interviews. They were engaged by a plethora of speakers, with the Bishops X-Change discussions proving particularly popular with attendees – giving them the opportunity to engage in conversations and ask questions about current topics. 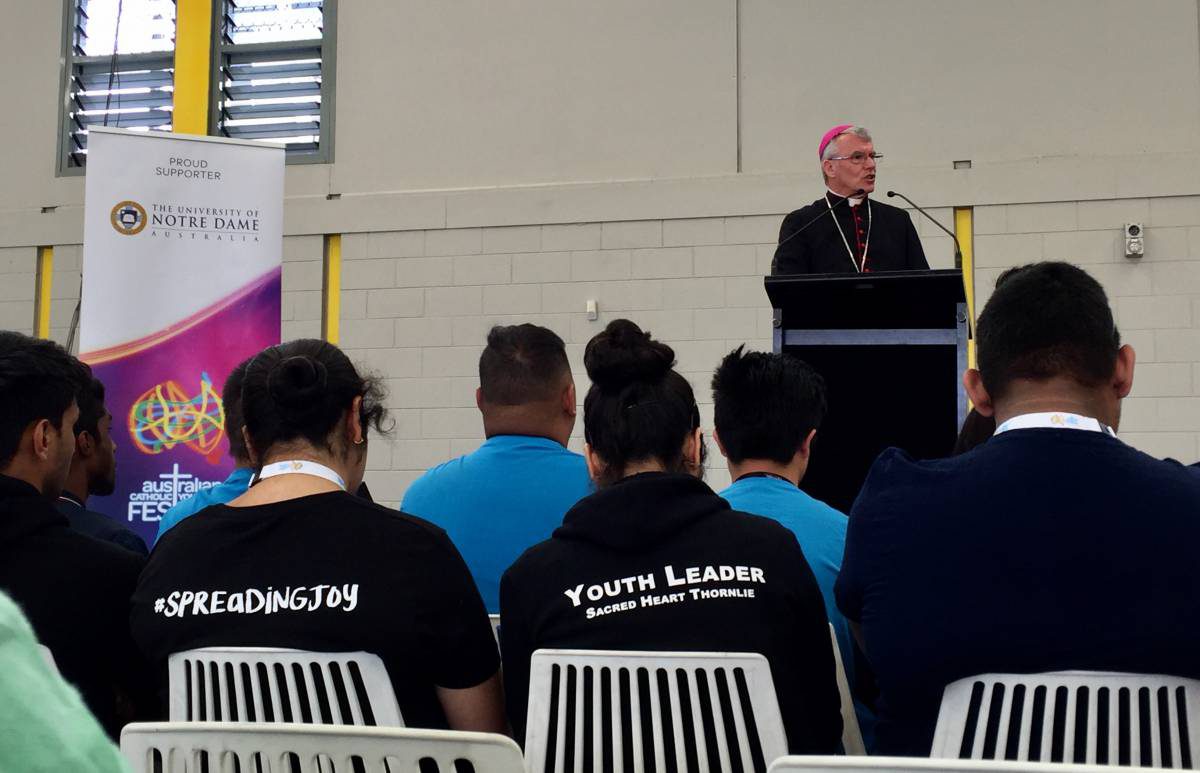 Catholic Education Western Australia Acting Executive Director Dr Debra Sayce said that youth is not only our future, but our now, and this festival is pivotal in supporting youth in their personal and faith development as young Catholics.

“What an amazing three days experiencing the excitement and passion of our youth in spreading joy and growing their faith, with close to 20,000 young people from across Australia coming together to share in this special event,” she said.

Following conclusion of Mass, Archbishop Fisher announced that the next ACYF will be held here in Perth, Western Australia in 2019.

Perth Archbishop Timothy Costelloe SDB expressed his joy on behalf of the Archdiocese, welcoming the announcement as a great blessing for the Catholic community of Western Australia.

“We have a beautiful city and the Perth Catholic community will be keen to see all young Catholics make the pilgrimage across our Great Southern Land for the next ACYF in 2019,” he said.