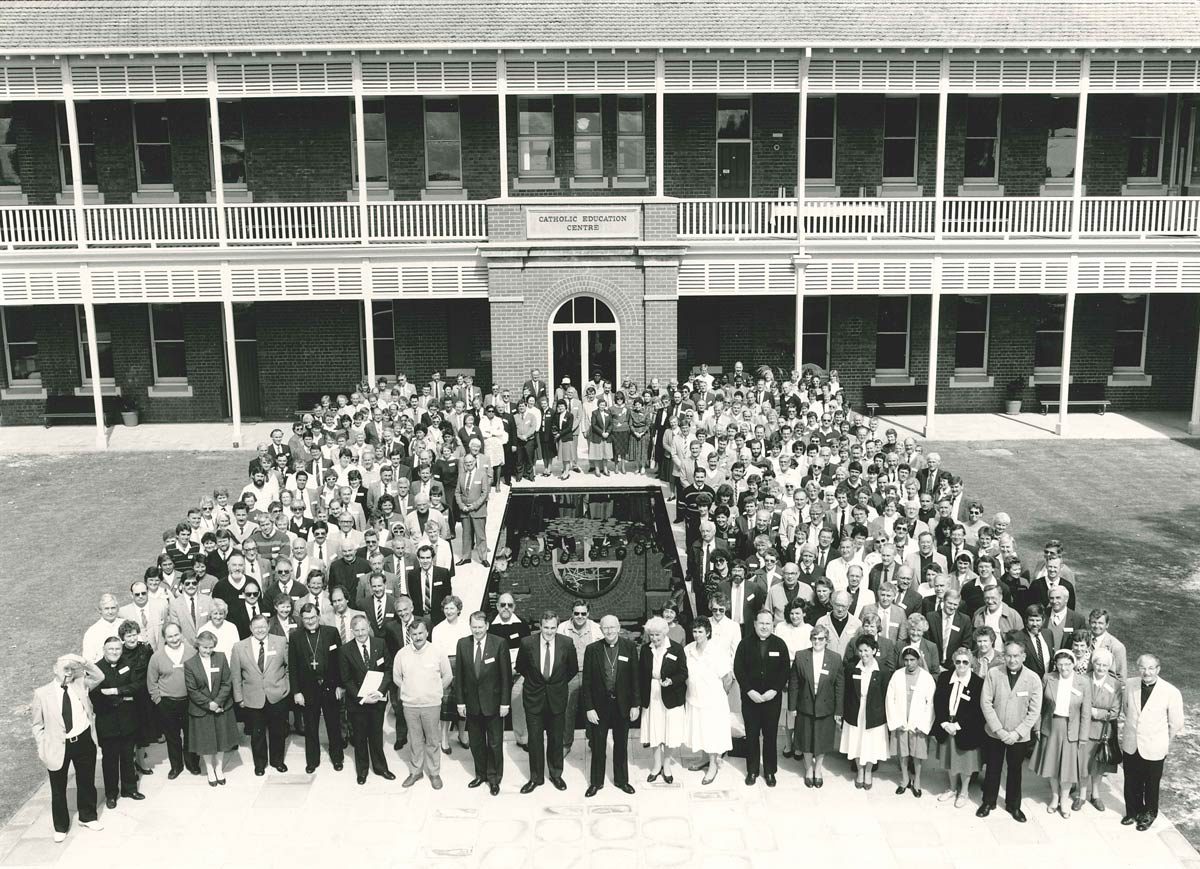 In 1986, St John Paul II toured Australia, a Papal visit that included the now famous speech to an audience of Aboriginal people at Alice Springs on 29 November.

After the stop in Alice Springs, and another in Adelaide, St John Paul II travelled to Perth, celebrating Mass at Belmont Park.

During his Perth visit the Pope presided over another event, which, while not as famous as his Alice Springs speech, was of unique historical significance – the opening of the Catholic Education Centre in Leederville, which remains the only building ever opened by a Pontiff in Australia.

After the sale and purchase of the property, Dr Peter Tannock asked then Archbishop William Foley if an invitation could be extended to the Holy Father; the invitation was extended and accepted, and by the time of St John Paul II’s visit, necessary renovations to the buildings had been made. The Pope opened the Centre in an outdoor ceremony in front of the heritage building’s entrance. 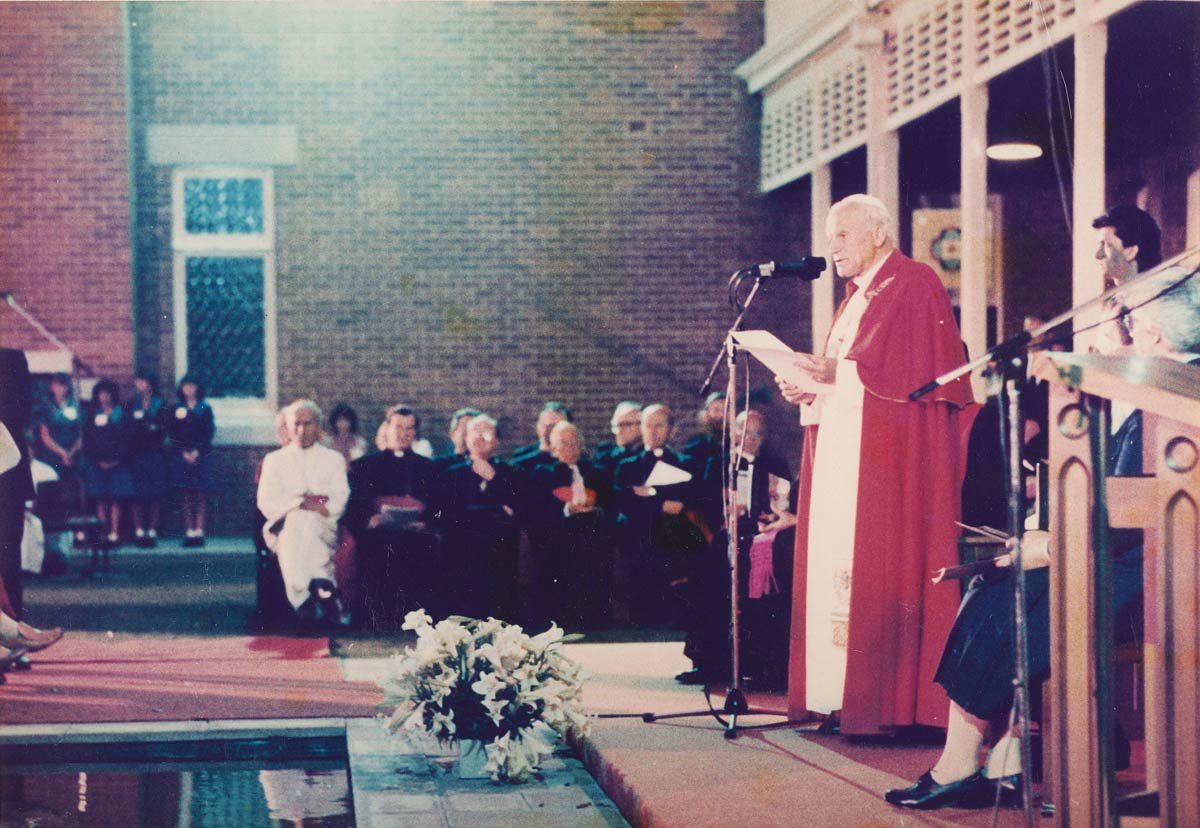