On Saturday 18 September, Aranmore Catholic College students and staff were presented with four awards from the Australia China Friendship Society Western Australia (ACFSWA) at a ceremony at the University of Western Australia.

Principal Declan Tanham was given the Society’s Principals Award for his role in introducing Mandarin Language at Aranmore, helping to promote opportunities for students to learning about and develop understanding and appreciation of Chinese culture and language.

Aranmore Catholic College student Rae Tamehana (Year 7) was presented with the Chinese as a Second Language Award, Cameron Pryce (Year 8) with the Advanced Award, and Lara Zein (Year 9) with the Cultural Links Award.

“The Chinese language is one of UN’s six official languages and is currently spoken by over 1 billion people around the world, so studying Mandarin will literally open a world of opportunities for Aranmore students,” Mr Tanham said.

“Furthermore, the course at Aranmore equips students with generic language learning skill which are useful for the study of any language in the future,

“Aranmore has always had close ties with China with many of the international students at the College coming from China. We wanted to strengthen our friendship with China by offering local students the opportunity to gain a good grounding in Chinese language and culture.” 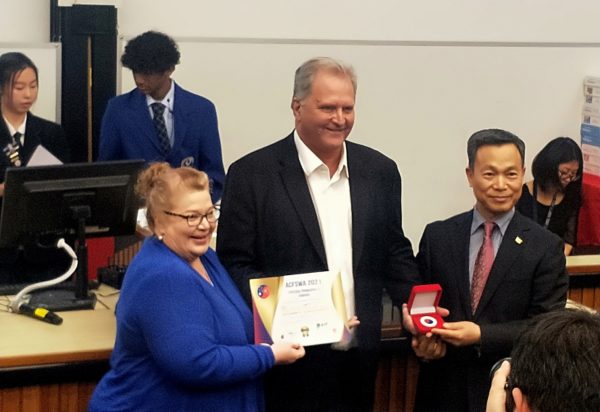 Lara Zein, who was presented with the Cultural Links Award, said she had been studying Mandarin since primary school.

“I love that the language is complex and is challenging to learn, just like English,” she said.

“As part of the Mandarin Language course, we are taught many aspects of the Chinese culture from our teachers who are very passionate about passing on their knowledge and love of Chinese traditions and culture.

“China has a very long and interesting history and I really enjoy learning about customs and stories that have been passed down from generation to generation. I think it’s important for everyone to study a second language because we are now global citizens,

“I’m not sure what career path I will take but I know that because of Australia’s close connection to China, knowing how to speak Mandarin will be an advantage for me in the future. Thank you to Ms Tan for her enthusiasm and dedication to making Mandarin language fun to learn at Aranmore,” 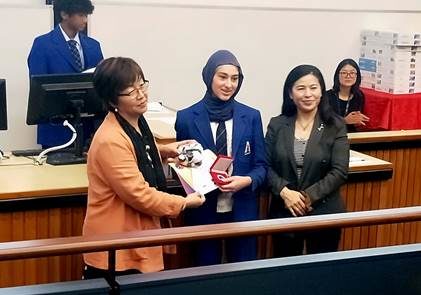 The College’s Mandarin language teacher, Emily Tan, nominated Declan and the students for the awards.

Ms Tan said that she and Mr Tanham shared a vision for Chinese learning at the College.

“Learning Chinese as an extra language will benefit our students in the future in their careers, as well as the businesses they work with and the economy for Australia,” she said. 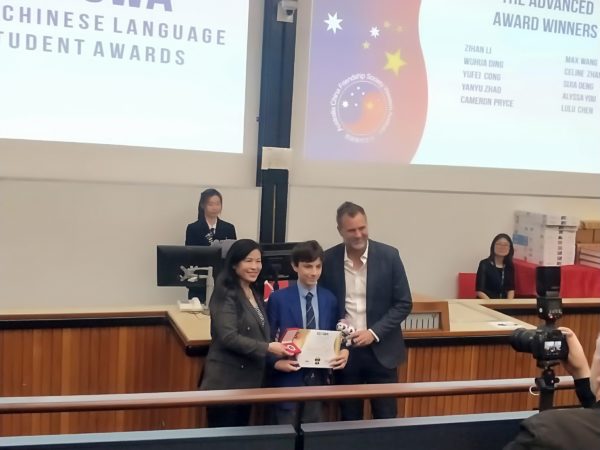 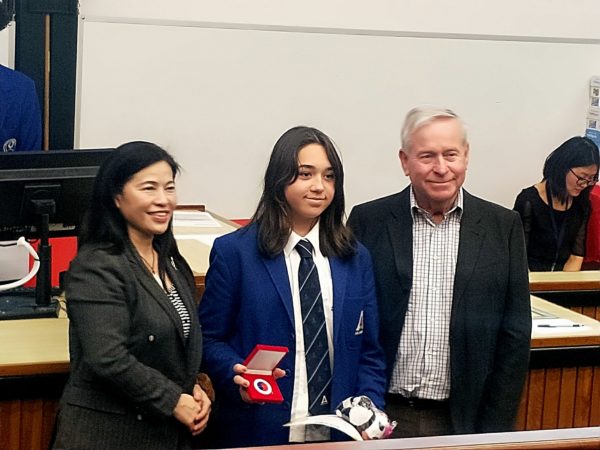