Aranmore Catholic College Rugby Program Alumni, and current Western Force squad members, Grayson Makara (Class of 2017) and Alex Masibaka (Class of 2019) returned to school recently, to present trophies to the College for winning both the Girls and Boys competitions in the inaugural Rugby Schools Cup.

The Rugby Schools Cup was a 10-week competition run by RugbyWA between July and September, with 14 Year 7/8 boys teams and six Year 7/8/9 girls teams competing for a place in the finals. 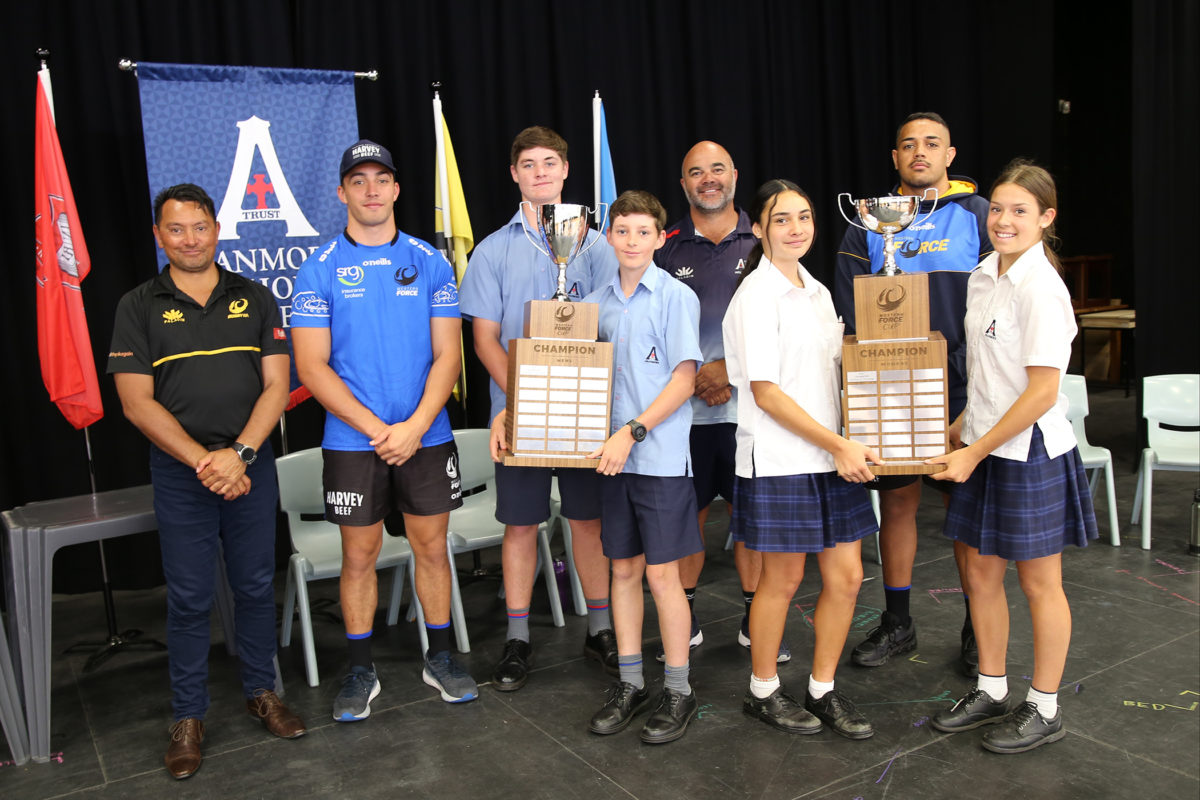 The finals were held on 13 October, between nine schools from the northern and central suburbs. The Aranmore Year 8 Boys team defeated Thornlie 33-7 in the grand final match, with Aranmore student, Kaea Taunoa awarded Boys MVP.

The Aranmore Year 7/8/9 girls had the upper hand in their grand final against Quinns Baptist, with a score line of 36-7, and Aranmore student Awhina Heke awarded Girls MVP.

“The Rugby Schools Cup was introduced to the Year 7 and 8 Rugby cohort with plans of building the game starting at the junior level and continuing each year,” said Aranmore Rugby Program Coordinator, Dwayne Grace.

“Based on the tough competition, the future of Rugby in the juniors is very strong with the boys and girls showing exceptional skills at all games.” 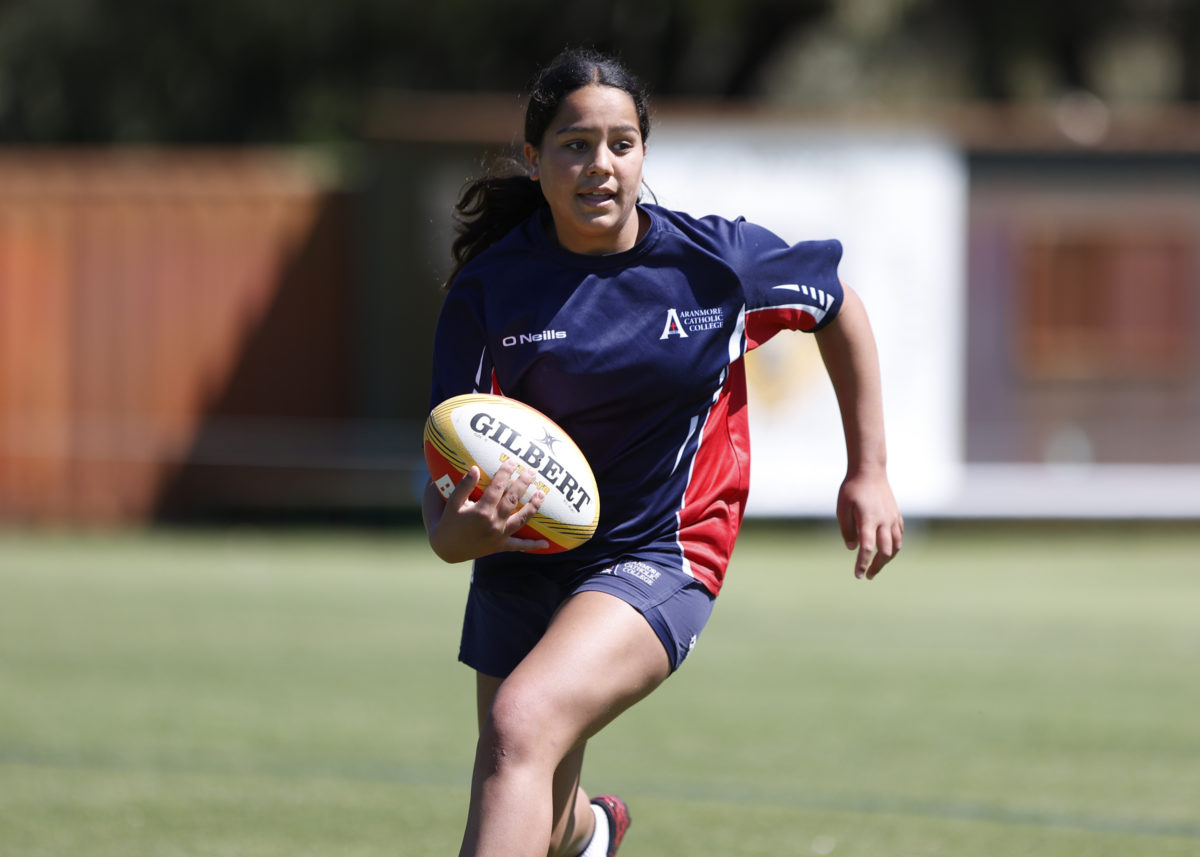