The Australian bobsleigh brakewoman and monobob competitor, who only saw snow for the first time in November last year, spent time at John Paul College on March 18.

Reddingius, a 2009 JPC graduate and qualified teacher, spent the day assisting in physical education sessions, sharing coaching drills with students and speaking to a Year 9 Specialised Sport class about her foray into bobsleigh.

The 30-year-old teacher landed herself an Olympic debut at the Beijing Winter Olympics in January after switching her sporting interest from heptathlon a year ago.

Bobsleigh, also known as bobsled, is a team winter sport that involves competitors finishing timed laps around an ice course in a gravity-powered sleigh. Monobob is an individualised female-exclusive version of the bobsleigh event. 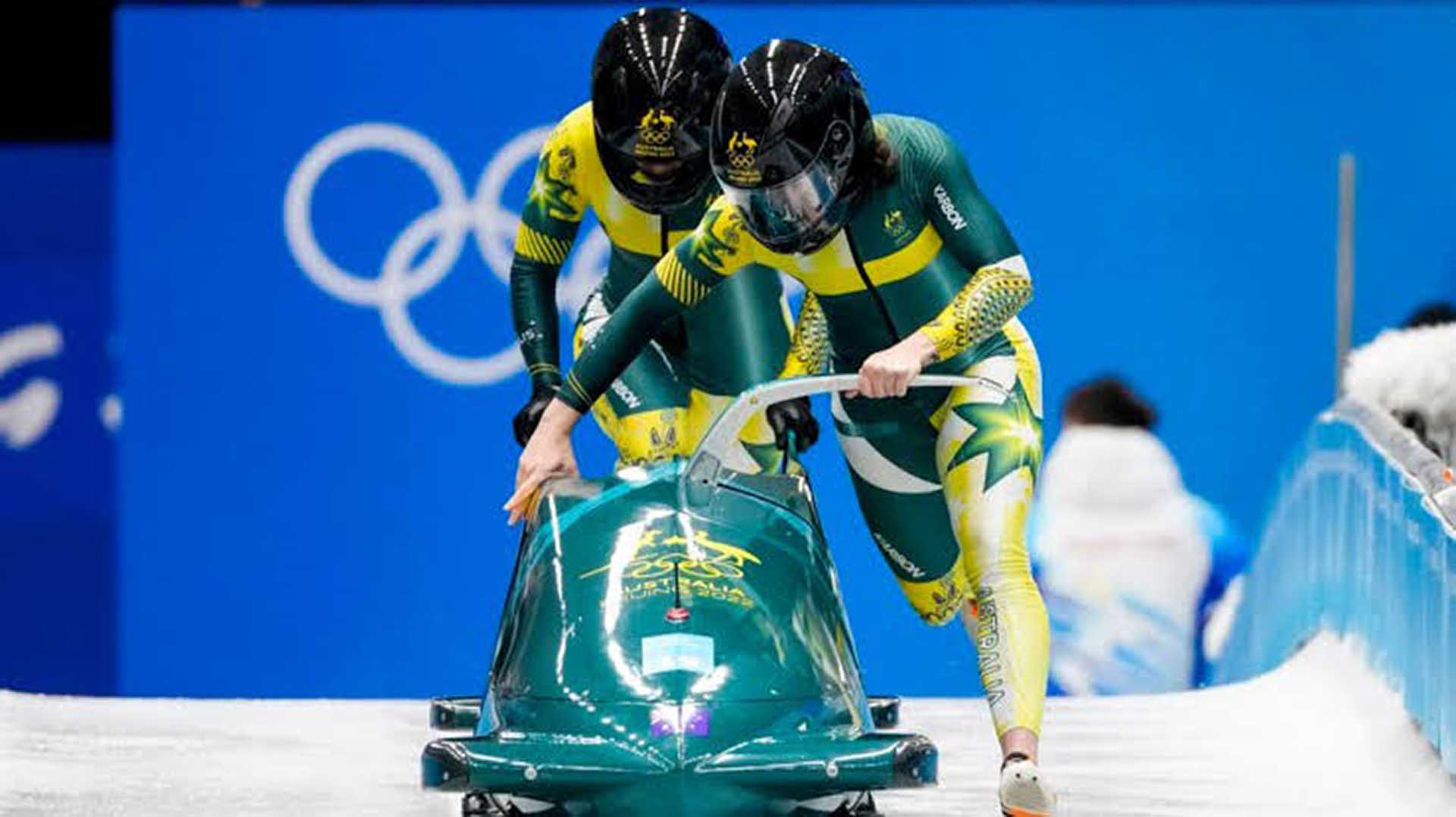 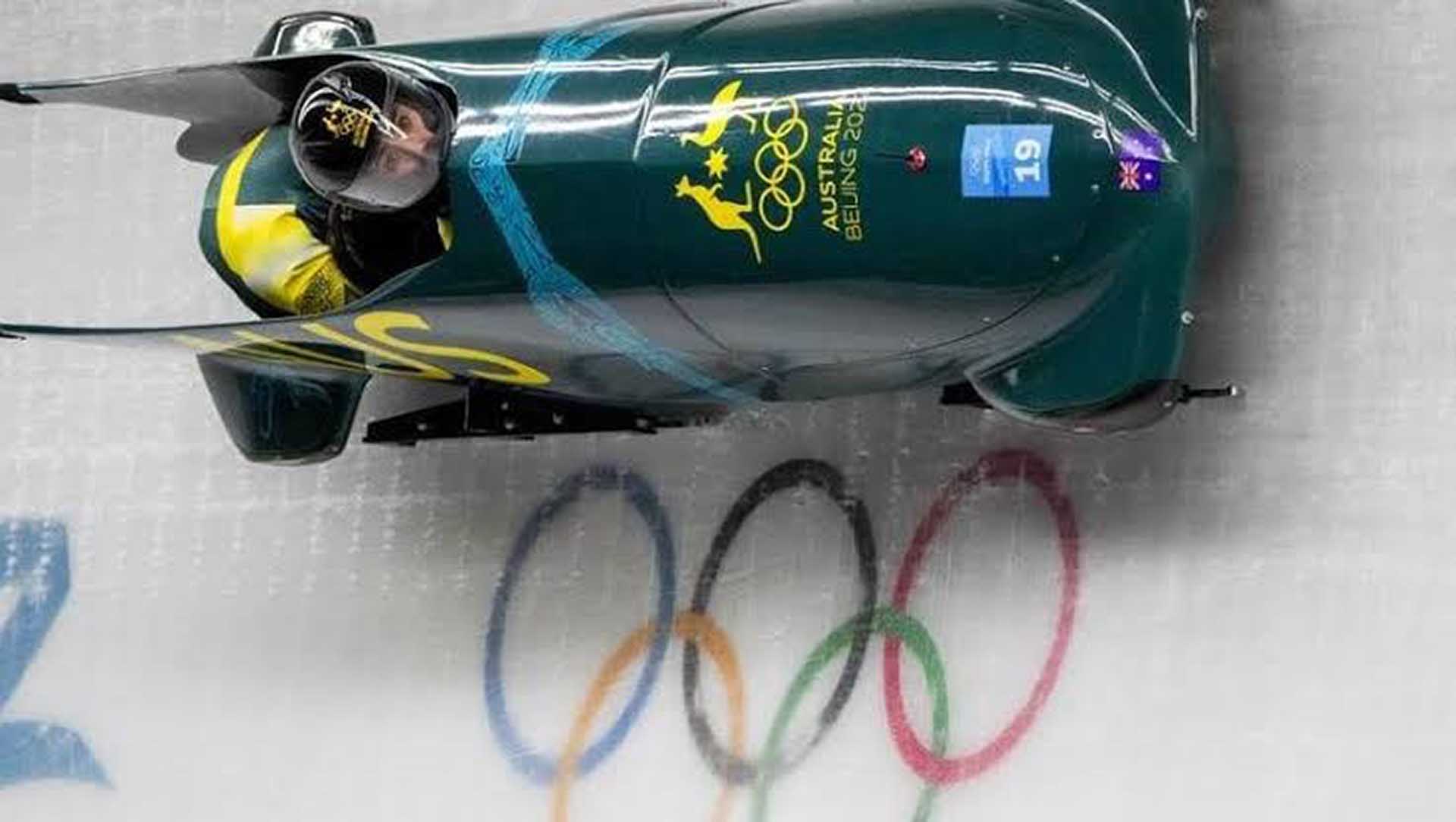 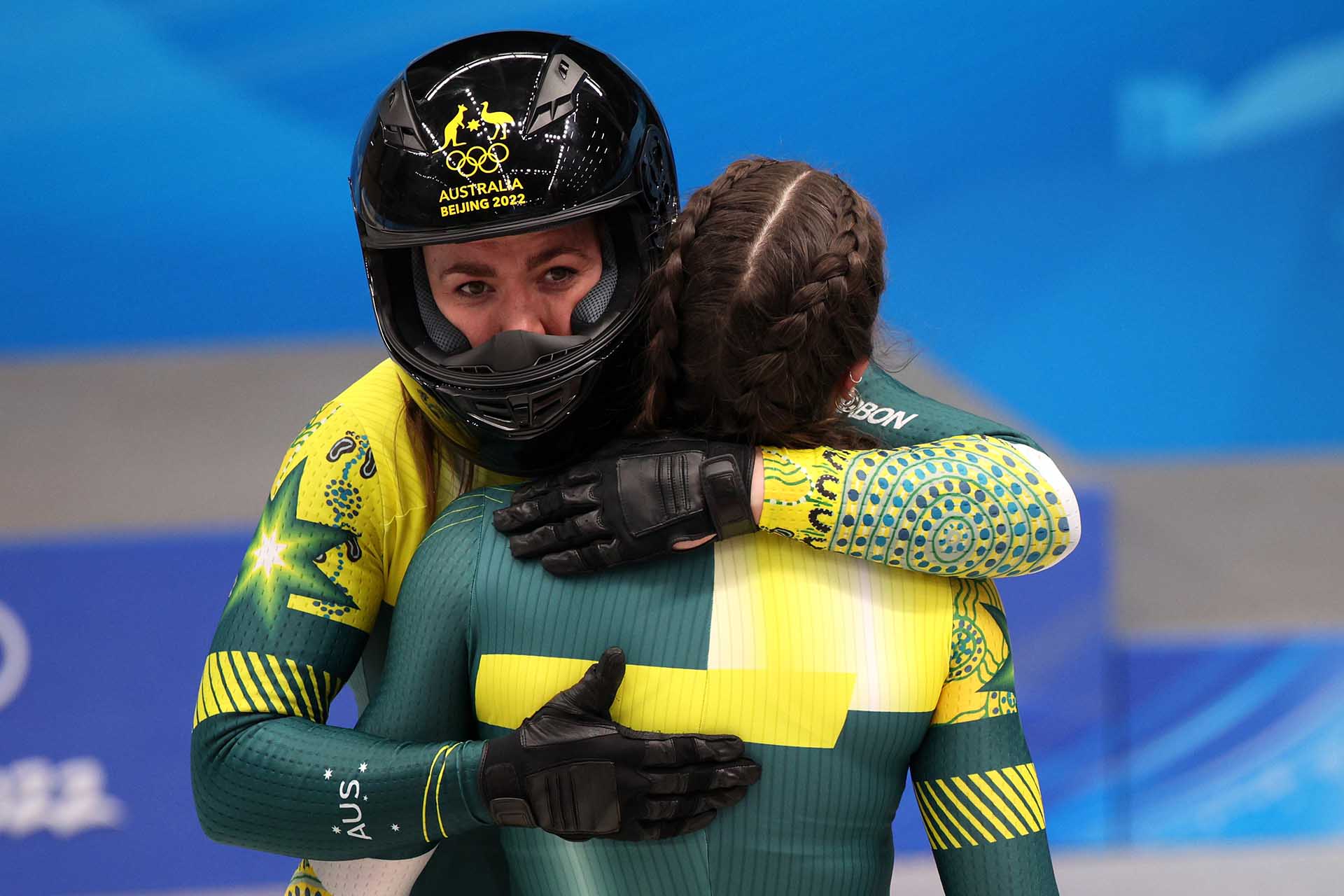 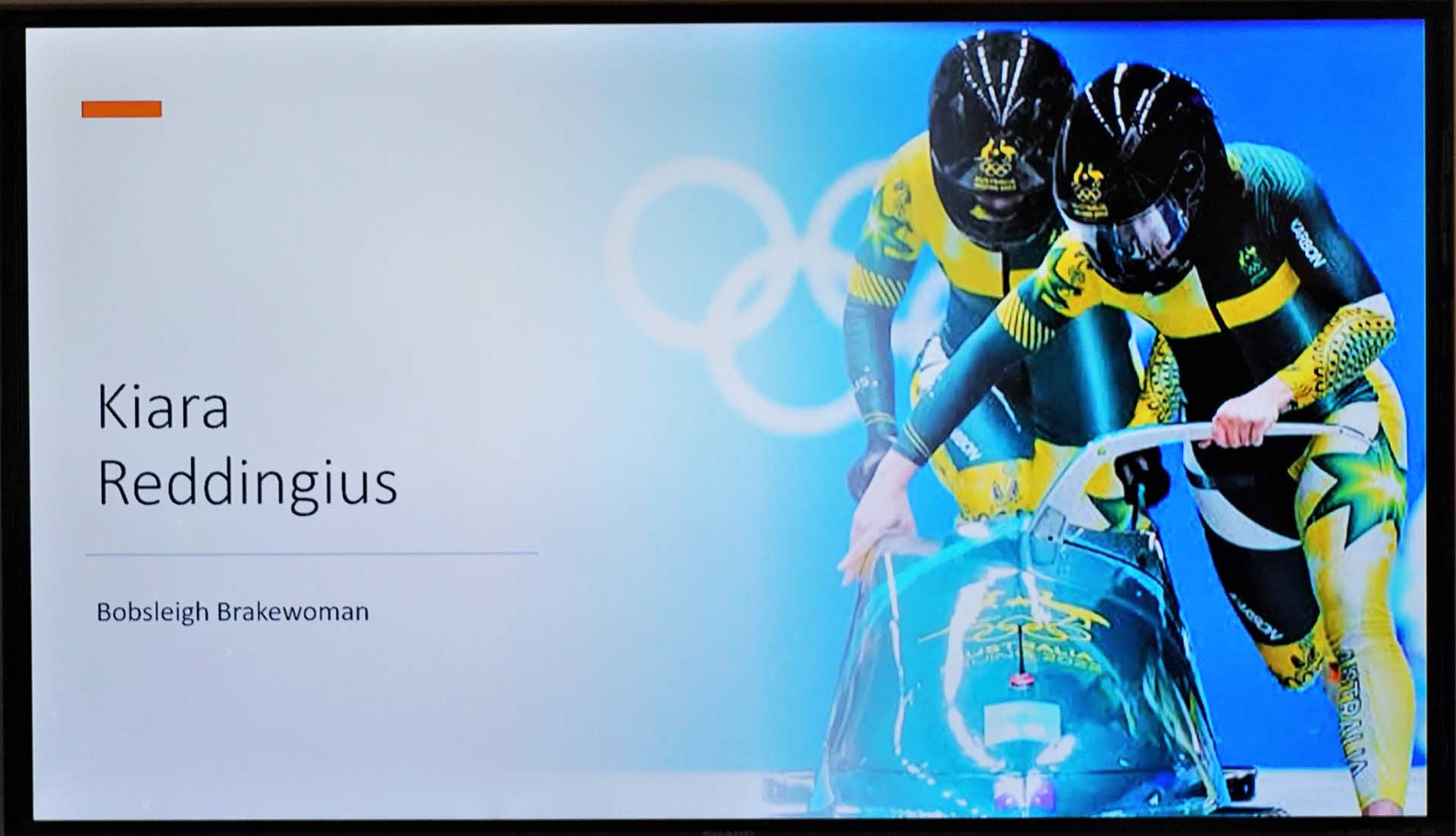 Raised in Leonora, Reddingius reportedly told a press conference last year that moving to Melbourne a few years ago was the coldest temperature she had ever encountered.

She said she had taken the opportunity to visit John Paul College while in the Goldfields spending time with her parents, sister and six-month-old nephew, who she recently met for the first time.

“I loved returning to John Paul College. Seeing all the changes as well as some of my old teachers was fantastic. I spoke about my story and my Olympic experience and shared some photos and footage with the kids,” Reddingius told CEWA Stories.

“I wanted to come back to John Paul College and see the kids to tell my story and show that growing up in the country doesn’t limit you.” 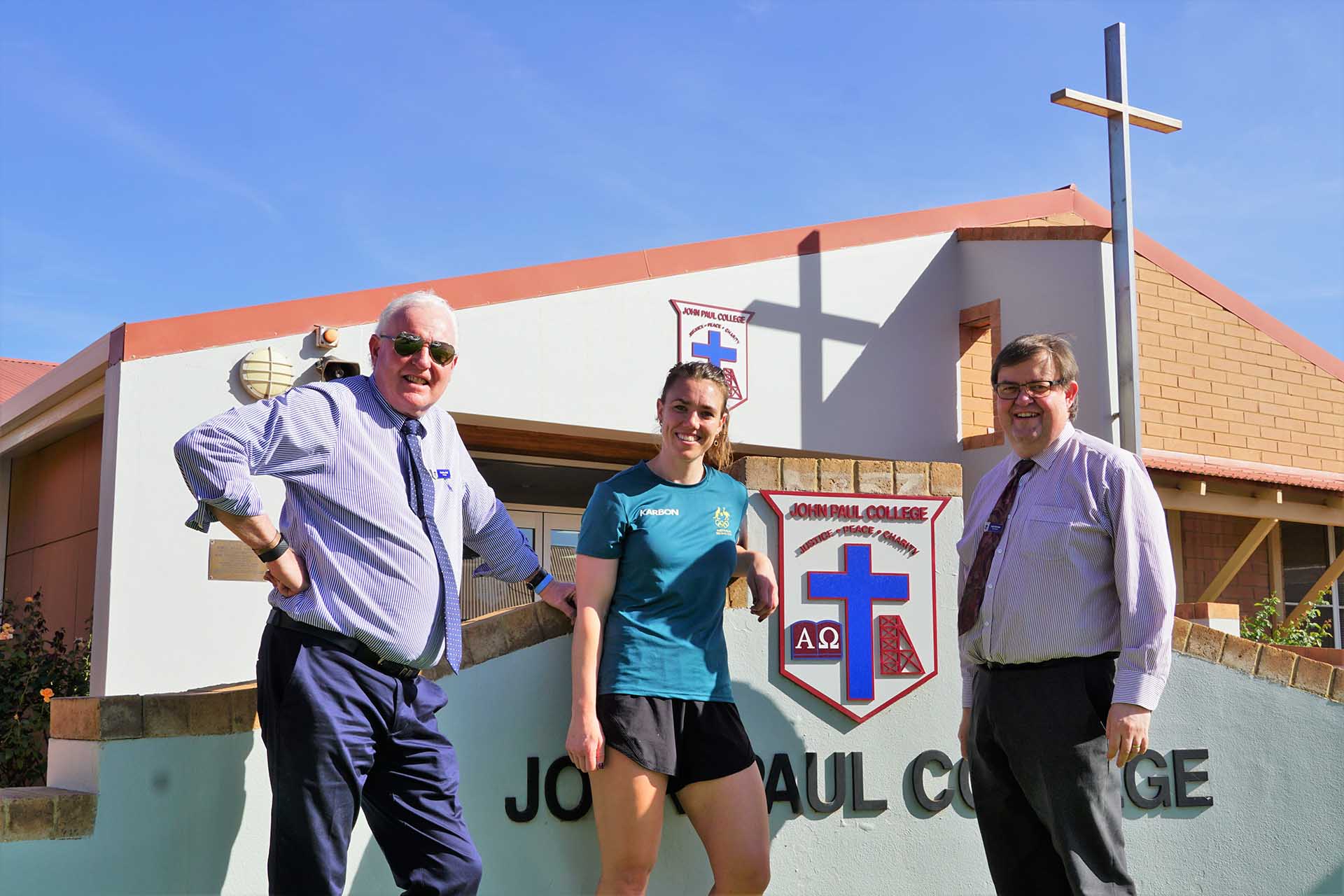 “I am a teacher by trade, and I did some relief teaching at John Paul College a few years ago.”

“I have taught in many schools across Australia in short-term and relief positions so I can stay flexible for training and competing, and John Paul was one of the best schools I’ve taught at. It really gave me a new appreciation for the opportunities I was given and the way I was nurtured there.”

Reddingius said she always strived for balance in her life and had managed to create a profile for herself outside of sport in her professional life.

Now based in Ballarat, Victoria, she works for a small start-up gold exploration company in community environment liaison. Closer to home, she her sights set on the Stawell Gift in Victoria over the Easter long weekend.

Head of Health and Physical Education, Judy Bailiff, said students had been left inspired by Reddingius’ journey from John Paul College to the Olympics.

“The students were really interested to hear her story coming from the Goldfields and the pathway that led her to bobsleigh,” she said.

“Her talk was well received, especially all the video clips she showed of her training and on the bobsleigh course.”

Reddingius, who self-funded her move into bobsleigh and Olympic debut, is seeking sponsorship towards her campaign for the Winter Olympics in Milano Cortina, Italy in 2026.

“Bobsleigh is a difficult sport, particularly for Australians,” she said.

“It will require me to be away for five months of every year if I continue. I would love to head toward the next Olympics, though I would need significant support in sponsorship. As you can imagine, five months on the road training and competing adds up.”

To support her campaign, visit