The election campaign stopped in at St Maria Goretti’s Catholic School this week for Leader of the Opposition Bill Shorten to announce the Labor Party’s Solar School’s program.

It was a great learning experience for the Year 3 students who greeted the visitors, helped them plant some kangaroo paws in their Noongar six seasons garden and got to experience the busyness of an election campaign media event.

Although the focus was on energy and climate, Shadow Education Minister Tanya Plibersek’s attendance drew focus to education policy and reaffirmed the importance of Catholic education for the community. 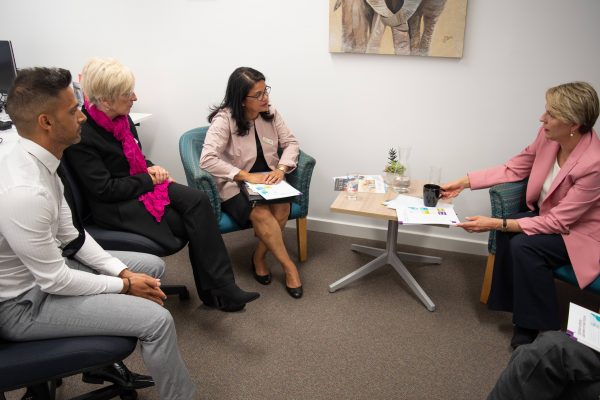 CEWA Executive Director Debra Sayce spoke with Ms Plibersek and said her discussion centred around the sustainable future of Catholic schools in WA.

“We talked about CEWA’s priorities which include early years education, capital expenditure and engagement with Aboriginal families,” Dr Sayce said.

“We want to ensure the interests of our families and our students are kept at the heart of government decision making.

“We are always very grateful for government support and it was wonderful to showcase St Maria Goretti’s which reflects so much of what we have in our schools – warm, engaging environments where children are given opportunities to learn and develop, as well as being formed in their faith,” she said.

During the media conference, Mr Shorten said he respected the right of parents to send their children to a school based upon their faith, adding he did not want to see “religion becoming a political football”.

“Parents should be free to choose a faith-based education,” she said.