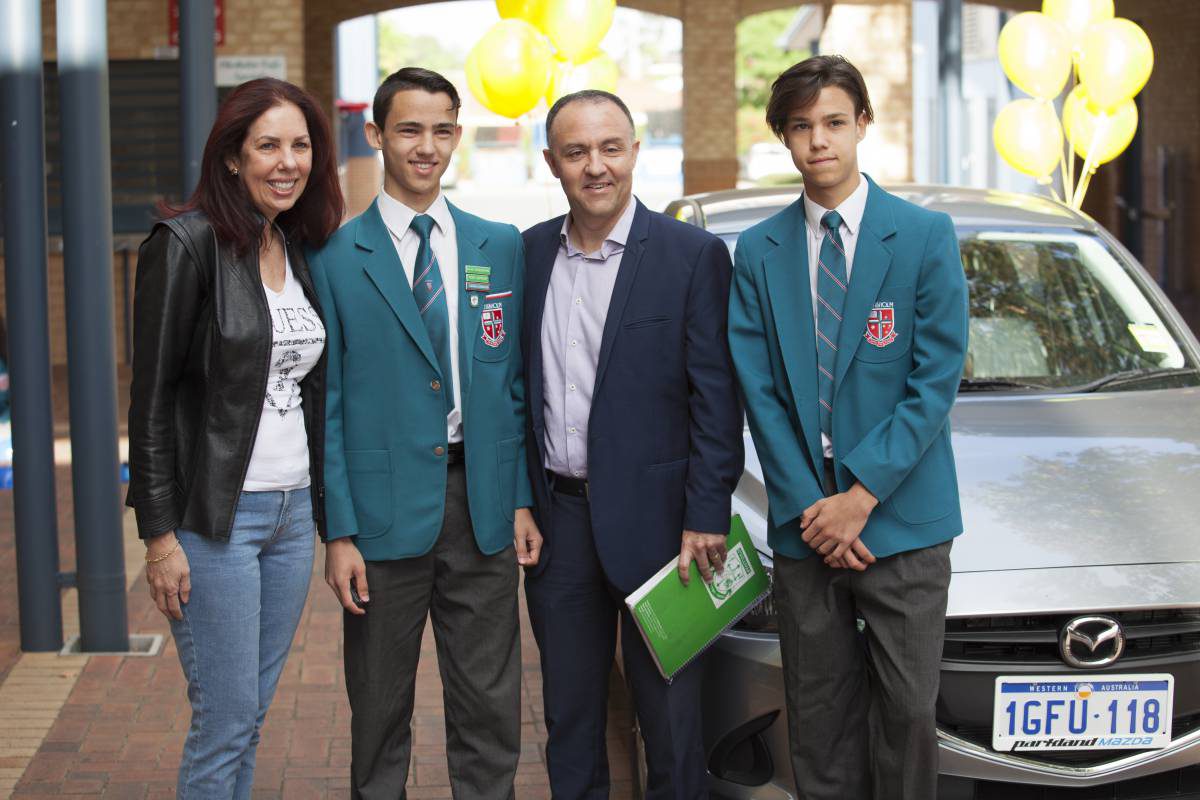 Congratulations to Bailey Randazzo of Chisholm Catholic College, who was lucky enough to be randomly selected from over 8,000 entries as the major prize winner of the RAC Road Ready Win a Car competition.

Bailey, along with a number of other Year 11 students, entered the competition during the RAC bstreetsmart event held on 29 March this year. The competition encouraged secondary students to sign up to RAC’s free road safety membership to go in the draw to win a range of prizes, such as skateboards, scooters and the major prize… a new Mazda 2 Maxx!

A surprised Bailey was presented with the car during the Year 11 Assembly on Monday, 8 May. The College organised for his family to attend the assembly without his knowledge so they too could share in the excitement.

The RAC bstreetsmart event is a valuable tool used to promote safe behaviour as drivers, riders and passengers, and in doing so reduce the fatality and injury rates of young Western Australians.