“I always had a strong conviction that I was called to the religious life and now as a Bishop, my daily life resembles that of the diocesan clergy for more than that of religious life, and I do believe that where I find myself today is as much God ‘s will for me as was the initial call into religious life,” he explained.

Sister Veronica Willaway OSB received an honour from Perth Archbishop Timothy Costelloe SDB for her Diamond Jubilee of Religious Profession at the World Day of Prayer for Consecrated Life held on 2 February at the St Michael the Archangel Chapel.

“I always had a strong conviction that I was called to the religious life and now as a Bishop, my daily life resembles that of the diocesan clergy for more than that of religious life, and I do believe that where I find myself today is as much God ‘s will for me as was the initial call into religious life,” he explained.

“We are called to be living Sacraments, individually and especially together, of the essentially radical nature of Christian Discipleship, not to relieve others of the need to respond to this call but rather to invite them, through our witness, our encouragement and our presence, to embrace the call which we all share because of our Baptism.”

The Archdiocese of Perth saluted the religious women and men, who pledge their life’s mission to the work of God at a Mass, in conjunction with the 25th anniversary of the establishment of the World Day of Prayer for Consecrated Life -which was started by Saint John Paul II in 1997.

Held at St Michael the Archangel Chapel on Wednesday, 2 February, Mass celebrant Perth Archbishop Timothy Costelloe SDB, in his homily, shared stories of his journey to religious life 44 years back and commended those present for their commitment to their vocation and faith.

“As I look back on my journey to religious life, I now realise that in its simplicity it was very sustaining: it has taken me quite a long time to adapt to a different rhythm of prayer and ministry. I must confess that it had never occurred to me to consider diocesan priesthood,” Archbishop Costelloe said.

Archbishop Costelloe concluded his message by admitting that while living the religious life has its’ challenges, everyone is “doing their best, still trying to live with trusting faith in what can sometimes feel like a ‘dark night of the soul.’

“If we can get in touch once more with the original impulse which led us into the religious life, and in that light recognise the presence of God leading us along the winding paths of our life’s journey, we can quite simply and with confidence, commit ourselves to living our religious vocation faithfully now, leaving the future trustingly in God’s hands.” 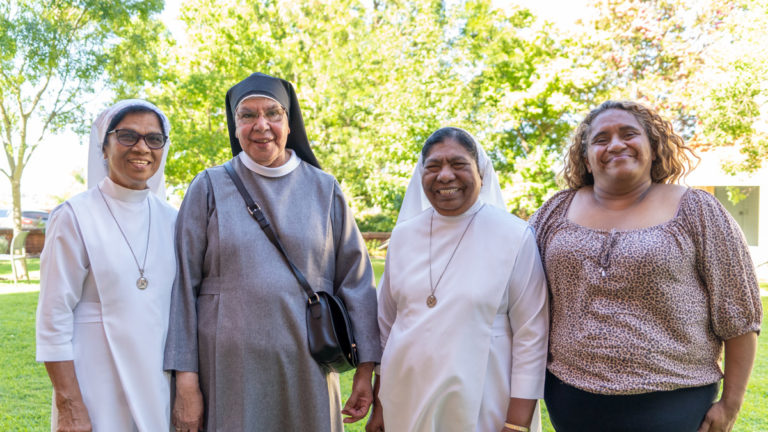 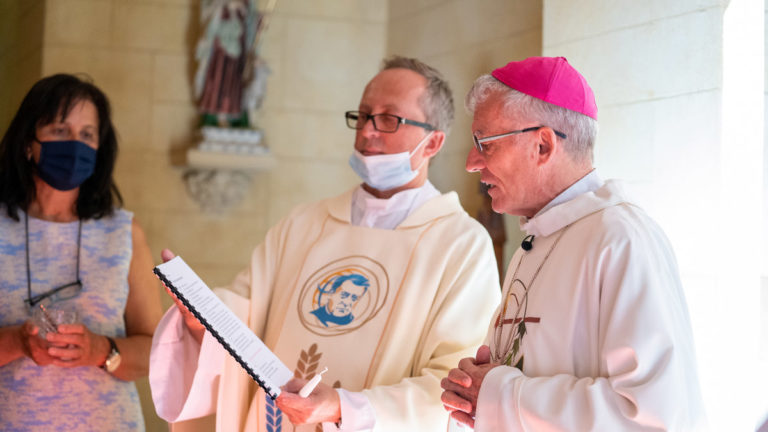 Religious of WA Coordinator Sister Lilian Bong spoke to The Record about what it means to live the consecrated life, and the message she would like the faithful to take away from the auspicious celebration.

“This day of consecrated life serves as a joyful renewal of the commitment which we, consecrated men and women had responded to, which is to follow Christ who is poor, chaste, and obedient – more fully each day in our service towards humanity, in the ministry of the church and mission entrusted to us through our various institutes,” Sr Lilian said.

“For this celebration, I would like to echo the invitation and extend this message to all from the letter addressed by the Holy Father to all consecrated persons this year.

“One of the key points is to ask each of us to focus on the second word of the synod which is ‘participation’. We are each invited to do our part, to participate. All are invited to enter a dynamic of mutual listening, carried out at all levels of the Church, involving all God’s people.

“Along the journey of consecrated life, it also challenges us to be witnesses of a tangible communion of love that reflects the Trinitarian relationship (which is goodness and beauty).”