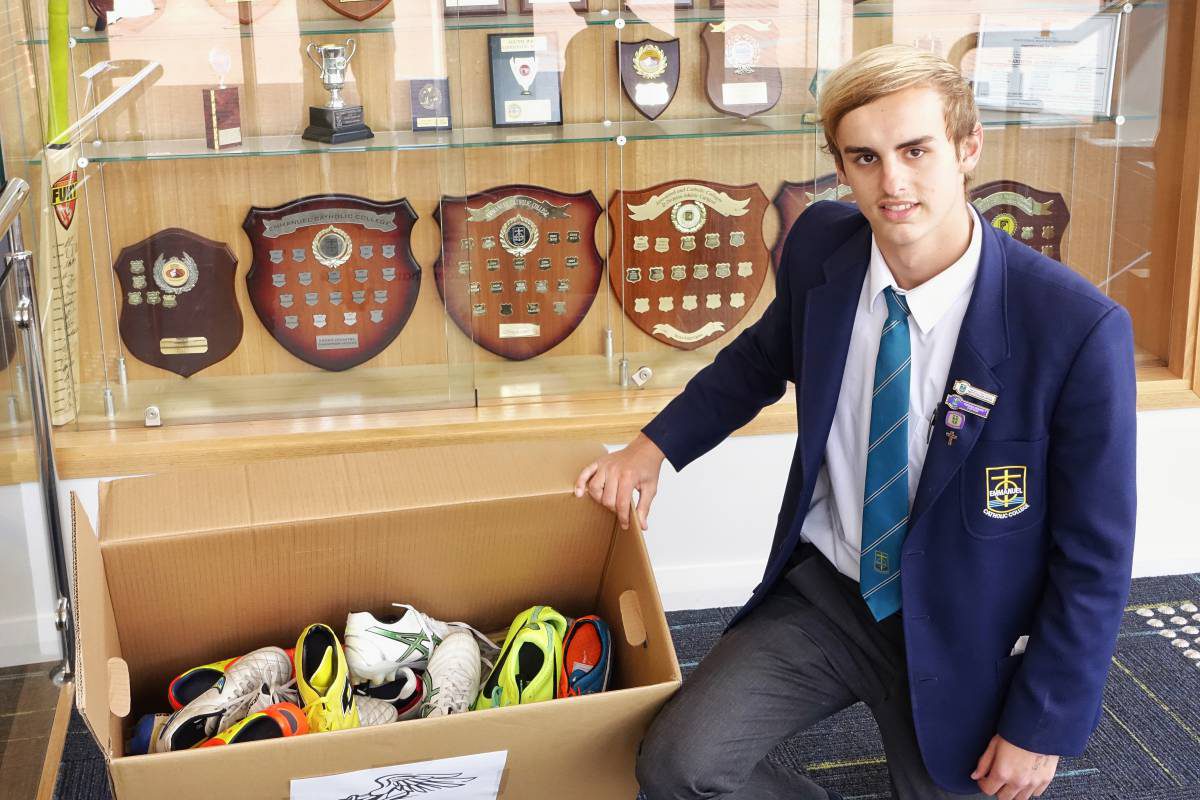 Emmanuel Catholic College students have successfully collected and delivered 98 pairs of football boots to two football teams in the Warmun community in the Kimberley, as a part of their Christian Service Program “Boots for Boys”.

After visiting Warmun for their inaugural Immersion Program in 2016, students noticed the boys’ need for football boots.

“Warmun team had a good deal of talent, however were reasonably disadvantaged due to lack of football boots” said student Joe Waters.

The boots were packed and sent on a 3,200km journey to Warmun with the support of BHP Billiton and TNT. After the boots reached their destination, they were offered to the two local football teams, The Bow River Blues and The Warmun Eagles, and to the Ngalangangpum School.

While the boys were already outstanding footy players, the boots have given an added level of comfort and confidence to their skills and game play. In a highly-anticipated match for the 2017 Football Carnival final, the Ngalangangpum school team came out on top and won the title. Well done boys!