Hundreds of CEWA students experienced three days of inspirational talks, workshops, music and more during the 2019 Australian Catholic Youth Festival, which wound up in Perth yesterday.

They were among thousands of young people from across Australia who saw out the Festival with a 4km pilgrimage walk from the Perth Convention and Exhibition Centre along the Derbarl Yerrigan (Swan River) to Trinity College for an open-air concert and Mass. 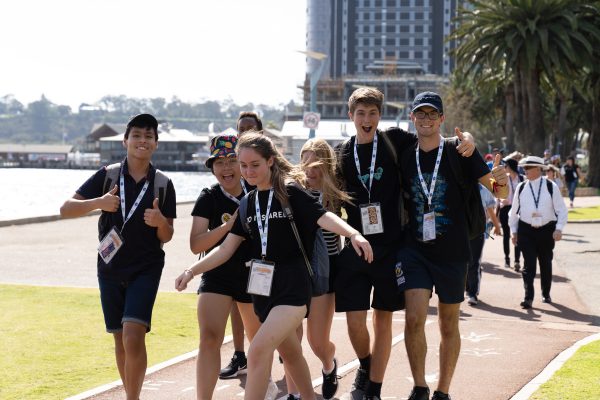 Mass was celebrated by Archbishop Timothy Costelloe SDB and concelebrated by more than 30 Australian bishops and a number of priests from around the country. 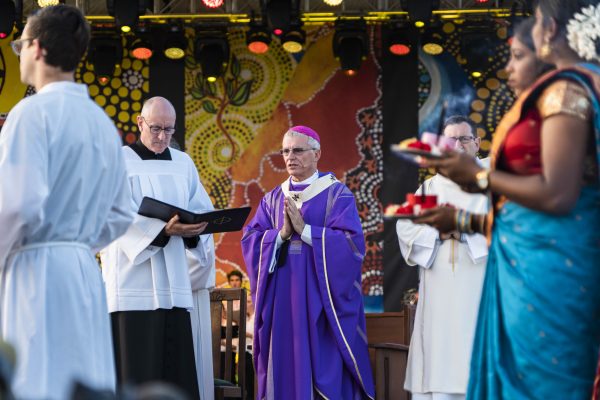 Archbishop Costelloe encouraged the thousands of young Catholics to leave the Festival ready to open their hearts and lives to Jesus.

Earlier in the day he had addressed a gathering of festival goers from the Perth archdiocese.

“How grateful I am for all of you having the courage to come along and how hopeful I am for what we together can do for the Church as we move into the future,” Archbishop Costelloe said.

He took the opportunity to say thank you to Festival partners CEWA and the University of Notre Dame Australia, and gave special recognition to Catholic Youth Ministry Perth for their passion and persistence in encouraging him to host the Festival.

“What a fantastic job they have done . . . the reason why I said yes in the end to having the ACYF here in Perth, was them, CYMP,” he said.

The Festival featured a number of CEWA schools, students and staff facilitating workshops and activities.

Newman College held a Caring for the Forgotten session writing Christmas cards to young people in Banksia Hill Juvenile Detention Centre, and Servite College students hosted Write for Others’ Rights to advocate to politicians for better treatment of the elderly.

At the end of the closing Mass, Archbishop Costelloe announced the next Australian Catholic Youth Festival was scheduled to take place in December 2021, with the bishops planning to host the event in a regional centre.

Bishop Columba Macbeth-Green OSPPE, the Delegate for Youth for the Australian Catholic Bishops Conference, said the ACYF in Perth had been a great advertisement for the vibrancy of the Catholic Church in Australia.

“It has been a privilege to be part of this remarkable experience, which has demonstrated the rich tapestry that is the Church in Australia,” he said.

“I have met hundreds and hundreds of young people who are enthusiastic about following Christ and our hope is that energy will be taken back to communities across the country and shared.” 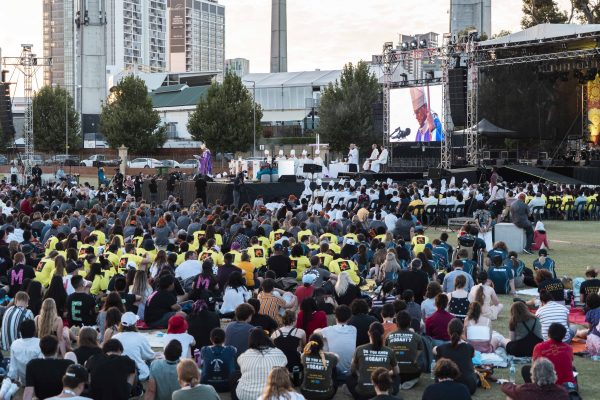