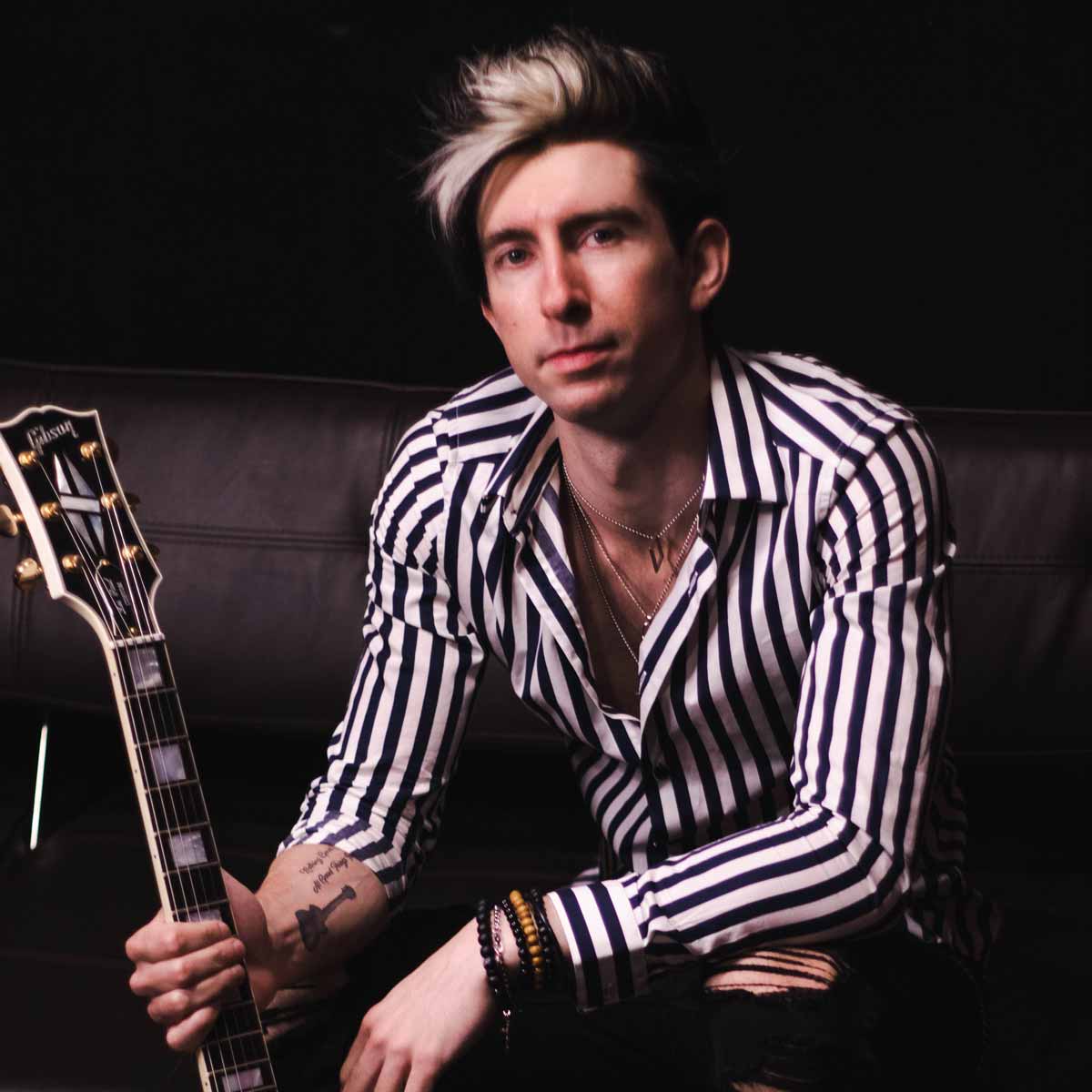 ‘Recording my EP was both challenging but extremely rewarding and a great experience. Due to the global pandemic and having everyone half way across the world was a fun thing to navigate, I remember being awake at 5am while guitarist Joshua Ray Gooch (Shania Twain) was tracking his feature solo in LA for me over Zoom.

‘The recording process was actually quite smooth though due to the technology we have now, I would set up the sessions here for everyone then send it to them and they would track their parts and send them back to me via dropbox or Google drive and then we would import them into the session and mix. A few years ago something like that wouldn’t have been possible. It was also great keeping productive and busy during the lockdowns, really making the most of some extra time I normally wouldn’t have because I’d normally be busy playing shows.’

Asked about the highlight of his time in the music business, Luke said:

‘I played in LA at the famous “Viper Room”, I remember before that trip I set myself a goal to play at the Viper Room Sunset Jam night event that was run every Monday night, I never expected it to be my first ever LA show but I worked hard and was fortunate enough to be called up and then also called back again which had a snowball effect and led to some other gigs.

‘St Norbert’s definitely helped with setting me up in my music career, I was always doing the guitar ensemble performances, class bands and music nights and school performances, that really just got me playing constantly and learning different styles of music.

‘Recording my Instrumental record is definitely a highlight too, I really feel that it has some of my best guitar work and composing.

‘Something more local, would have to be playing at Optus Stadium to over 30 thousand people during the NRL Finals. I was actually called about 40 minutes before the band was meant to start as an emergency fill in for the guitarist, I remember having to learn one of the songs 5 minutes before we started and then walking onstage and the stadium was full, definitely a career highlight.’

And of his time at St Norbert?’

‘St Norbert’s definitely helped with setting me up in my music career, I was always doing the guitar ensemble performances, class bands and music nights and school performances, that really just got me playing constantly and learning different styles of music.

‘I would always go into the music room at lunchtime if it was free to get some extra practice in and jam with other students, I remember jamming a lot with the year 11/12s when I first got to St Norbert’s. It was always something I enjoyed.

‘I actually still see some of them around the Perth music scene from time to time which is awesome.’

Looking back on teachers who influenced him, Luke remembered music teacher, Mr Culver:

‘I remember him telling me how having a good ear is important but so is the theory, which I really struggled with for quite a few years, I ended up working out that I need to know how to apply the theory I’m learning to guitar and my playing to actually understand and absorb it, I guess everyone is different with how they learn but he was incredibly patient with me and I was always grateful for that.’

Asked about any advice he had for students wanting to pursue music after school, Luke said it is important to be open minded:

‘To have a sustainable career in music you need to be able to diversify your playing to suit whatever genre of music you could be called to play. Whether its pop, funk, jazz, hard rock, whatever the style listen and play it all, even if it’s a style you don’t like try just listen. Sometimes you’ll find something really cool within it that you can use later-on.’

He also noted the importance of having a great work ethic and being the person a band/artist is going to call knowing you’ll come in and do the job with no stress.

‘A lot of people will use a rehearsal to learn the songs or their parts, I go to the first rehearsal as if it was the first show, I’ll play all the parts exactly like it is recorded and learn secondary guitar parts as well in case they want you to add those. You want to make the artist/band that called you feel confident and stress free. If you go into a rehearsal or gig doing this, you’ll instantly be the person that gets called back and recommended to other artist/bands.’

‘Chasing Dreams’ is available on all streaming platforms. Luke is releasing a live album on 28 November, alongside a full show on his YouTube channel.