Roberta Chapman, a former CEWA teacher and principal who was a founding member of the Performing Arts Festival for Catholic Schools and Colleges, was recognised with a Medal of the Order of Australia recently in the 2021 Queen’s Birthday Honours List. 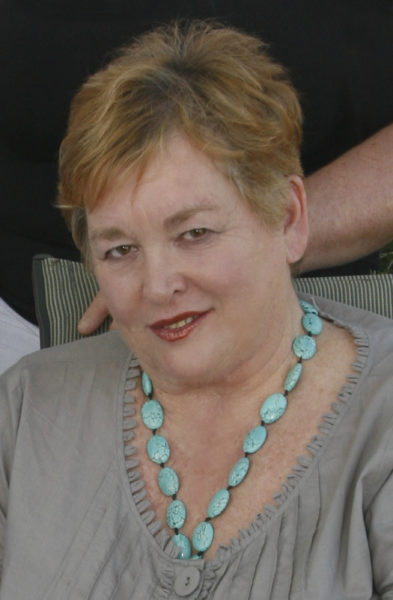 Roberta Chapman, Medal of the Order of Australia recipient in 2021.

Mrs Chapman’s career in education was a natural progression after her first career, as a nurse and midwife in Australia and abroad.

“One of the areas I had studied in my nursing course at Ngala for clinic work was focused on growth and development, so I was included in new teaching that was coming up in early childhood education,

“We always had community kindergartens in those days, but they were never affiliated with schools, so this was to make early childhood education the first year in normal primary schooling. I went to university for three years, and then my first year of teaching was at Mary’s Mount Primary School,” she said.

In 1989 Mrs Chapman was involved in the foundation of the Performing Arts Festival, which laid the groundwork for the Catholic Arts program in CEWA schools that continues to this day.

“Although in high schools they had some music specialists at that time, they didn’t in primary schools,” Mrs Chapman said of starting the festival.

“Five principals [who founded the festival] in the Central Region who had been educated in Catholic primary schools with the nuns had learned a lot of music and speech in choirs, but we didn’t have people coming into the schools as music specialists. In the first year we had three thousand students come through the festival; we had picked a program for that night, and it was lovely,

“30 years later we had more than 21,800 students from primary and secondary schools coming through the festival, and by then primary schools often had a part time music teacher. Now many schools have bands, choirs, dance and drama groups, so it was a real success,

“I just think it’s wonderful, because when students actually take part in the arts they learn a lot of discipline, and that goes over into a lot of their other subject areas in school,”

Her inclusion in the 2021 Queen’s Birthday Honours List recognises not just her dedication to education through CEWA schools and Catholic Arts, but her community service and leadership through various volunteer, committee and board commitments with organisations including St Vincent de Paul Society, Red Cross and and her current role as an Executive Member of the RPH Ex-trainees and Associates.

“I would never have thought of getting an award like this… I just feel I’ve had a very full and interesting work history and I’ve enjoyed both the professions I’ve been involved in. It’s just been a wonderful life,” she said.

“I have two daughters, and each of them have three children. I’m delighted to say that all my grandchildren are involved in the arts, especially music,

“I’ve made lots of friends, I’ve had some wonderful colleagues, and worked with some beautiful schools and I think our students are very fortunate to have the great support that they receive by so many.”

Further details of Mrs Chapman’s award are available on the Department of Prime Minister and Cabinet website.