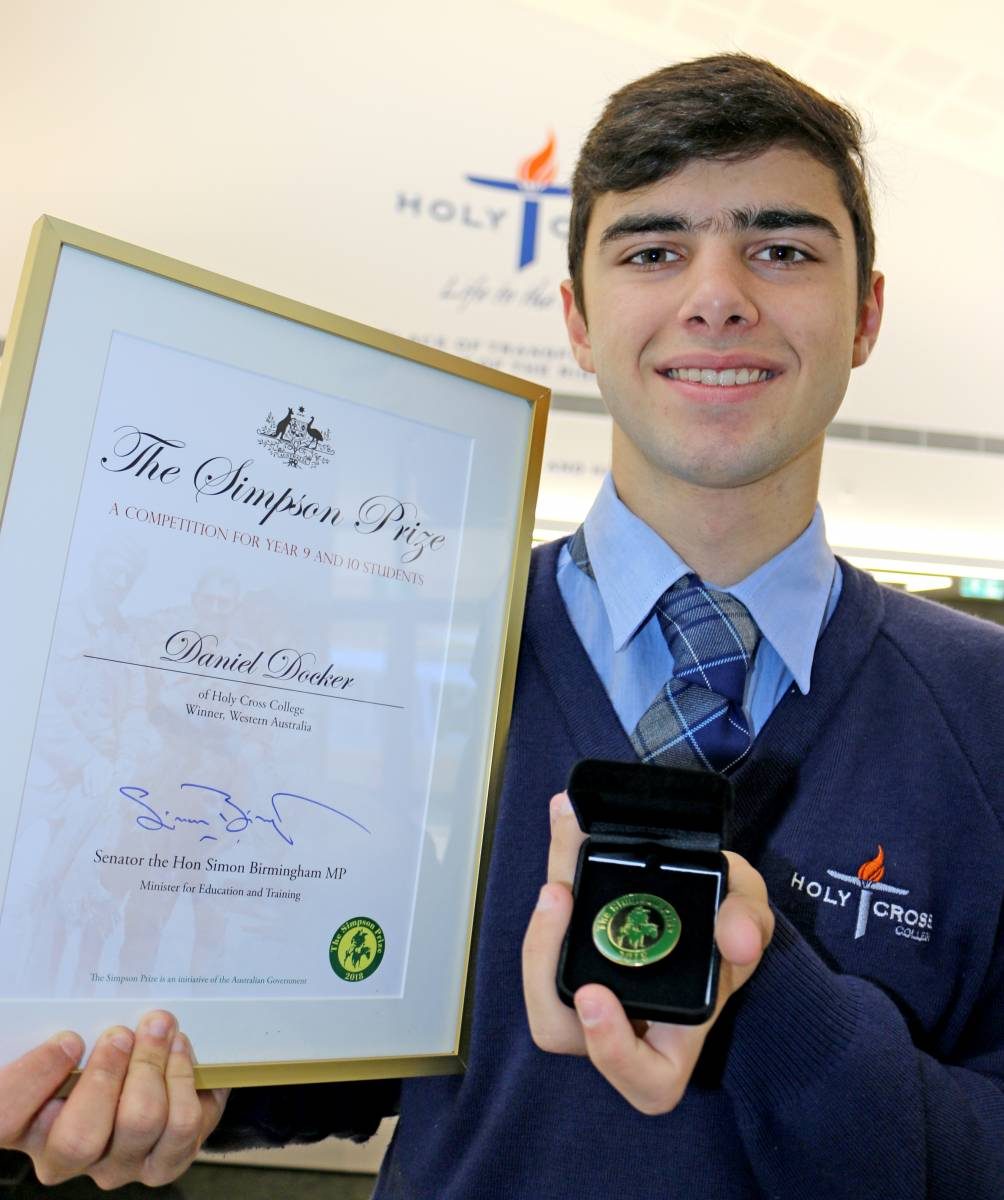 For Year 11 Holy Cross student, Daniel Docker, witnessing the dawn service at Villers-Brettoneaux in France was the culmination of a 15-day trip to the Western Front as the WA winner of national history competition, the Simpson Prize.

Daniel submitted his entry for the Australian Government-sponsored competition last year with an essay addressing the question:  ‘Some historians have described 1917 as “the worst year of the Great War” for Australia and Australians. To what extent is this an accurate statement?’

Daniel was supported and encouraged in his endeavours by history teacher Emilie Reynolds and over a period of two months he worked on the essay as an independent project, meeting with his teacher regularly to respond to feedback and refine his work.

“He put in a lot of effort to perfect his essay and his tenacity and perseverance paid off,” Miss Reynolds said.

Daniel was flown to Canberra where he was awarded the Simpson Prize certificate and medal.

He travelled to Europe during the April school holidays and visited places of significance in the First World War including the Centopath in London and military cemeteries and memorials in Belgium and France.

He spent ‘a day as a digger’ at Passchendale and attended the Last Post Service in Ypres.

He described the experience as the trip of a lifetime.

“As a History student, I am often confronted with statistics about death . . . going to Europe and visiting the cemeteries of the Western Front was an incredible experience, as the death toll figure of the First World War was transformed into headstones, a headstone for every life that was lost in the conflict,” he said.

“The dawn service at Villers-Bretonneux for the centenary was absolutely unforgettable, the service was incredibly moving – sending the strong message that we must never forget this tragedy.

“Through the Simpson Prize tour, I was able to travel through some of the most important places in our nation’s history, standing where brave Australian soldiers once stood.

“I was able to make lifelong friends from all over Australia and being able to share my experience with them was amazing.”