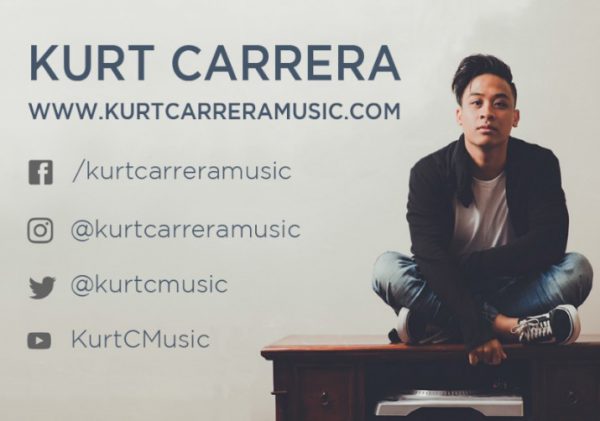 Irene McCormack Catholic College graduate and Perth-based singer-songwriter, has recorded his debut EP What I’m Feeling Right Now which will be released on the 23rd April this year, and includes the single Talk.  Talk can be found on iTunes, Spotify or through any streaming service.

After graduating from the College and completing an Advanced Diploma of Contemporary Music (Music Artist) Course at the West Australian Academy of Performing Arts, Kurt is now a full-time musician and part-time Assistant Teacher at JETS (Joondalup Entertainers Theatre School).  Kurt is an excellent guitarist and loop pedal artist covering styles from hip hop, folk, acoustic soul, pop and rock, and his sound is very much influenced by acts such as John Mayer, Ed Sheeran and Bruno Mars.

The College welcomed Kurt back in February this year, when he held a loop pedal workshop for music students, giving useful tips and advice about how to use the loop stations and start off a loop. He will return to the College next month for a special performance of his EP songs for the students.

Kurt performs at many venues throughout Perth and will be launching his EP at HQ YMCA in Leederville on 22nd April where he will showcase all the EP songs, as well as other new songs.  As a one-man band, he incorporates a large amount of crowd participation, making audiences become part of the musical experience.

What an amazing achievement for one of our Catholic education students. Miss Kylie Malam, Head of Performing Arts at the College said “We would like to congratulate Kurt on his continuing success and wish him the best of luck with his debut EP”.