In line with the feast of Christ the King on November 25, the College community joined together to unveil a new statue of the Saint which had been commissioned earlier in the year.

The statue comprised of bronze, stands 2.3m tall and weighs about 550kg, and is positioned where the original 1954 statue, since restored and placed in the memorial garden, once stood.

The College choir, under the direction of Mary-Jo Masmanian, sang the College song Deo Duce as well as Walk in the Light. 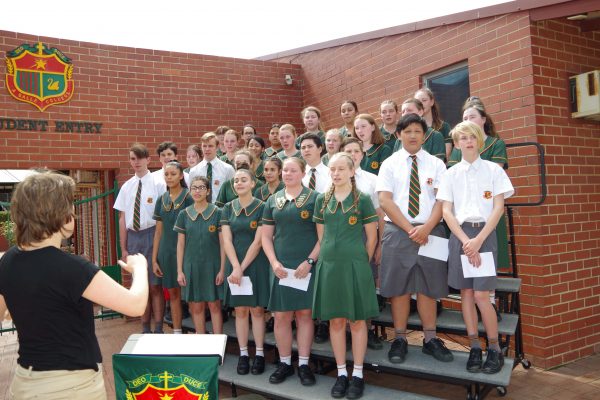 The event also gave the College community an opportunity to farewell outgoing Principal Wayne Bull, whose tenure at the College concludes this year.

Board chair Joe Marino presented a painting of Mr Bull and his wife Margaret, who sadly passed away at the beginning of the year, specially commissioned by former La Salle student Chris Arnold.

The occasion marked the start of a jubilee year celebrating the 300th Anniversary of the death of the Patron Saint of Teachers, which will have the theme One Heart, One Commitment, One Life.

The Institute of the Brothers of the Christian Schools has also designated 2019 as the Year of Lasallian Vocations. 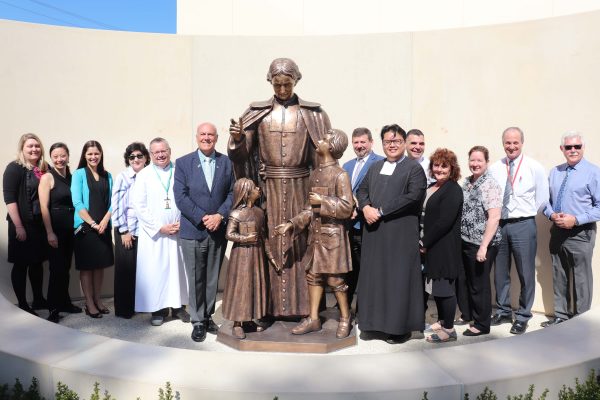