The grand finale of the 2019 Performing Arts Festival for Catholic Schools and Colleges, as always, was a spectacular culmination of two months of music, song, drama and dance by more than 25,000 CEWA students.

Now in its 30th year, the event was held at Perth Concert Hall on 16 September. 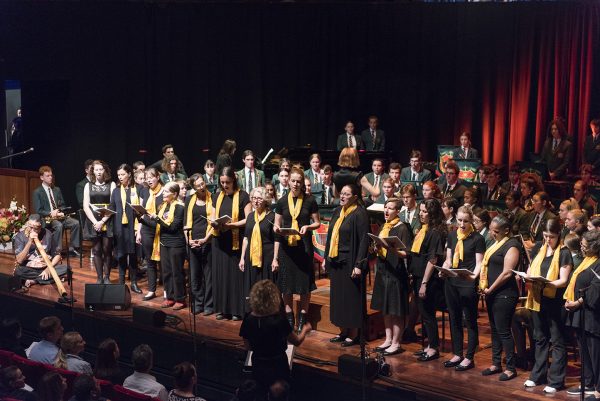 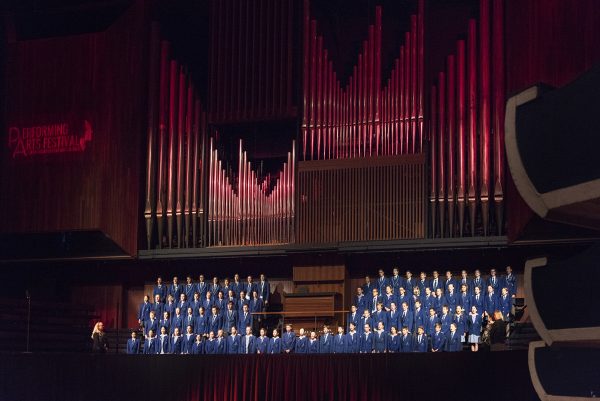 The lyrics and melody were written by the college’s music teacher Nicole Boddy, arranged by Susan Bluck, and translated into Noongar by Della Rae Morrison.

James Webb accompanied the singers with an original didgeridoo composition along with Kobi Morrison on guitar and Ms Bluck on piano.

Although the song was written for use at Newman College, they invite all schools on Whadjuk Country to use the recording for their own Acknowledgement of Country.

Beginning in July and running into September, the Catholic Arts program of events showcased the rich creativity and talent of students from across the CEWA system.

While shields, prizes and certificates were awarded, the festival is not seen as a competition, but rather an opportunity to perform, build confidence and showcase the vast talents and hard work of the performing students.