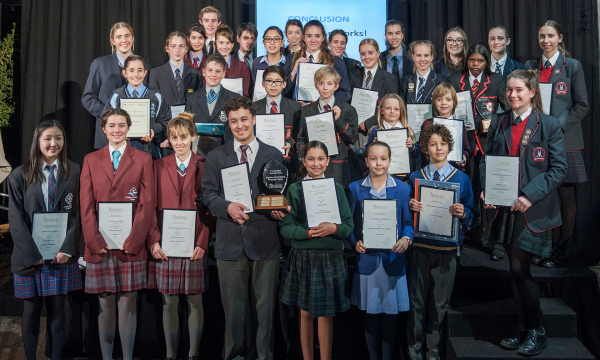 The 24th Secondary Angelico Exhibition opened on Tuesday evening at a special event at Forrest Centre in the Perth CBD.

Students from 31 schools, from as far north as Broome and Busselton in the south contributed a record 175 entries of outstanding artworks.

Twenty one award winners were announced in a number of categories that spanned from years 7-12 including the special Fra Angelico Award and St John of God Health Care Visual Art Scholarship.

Also in attendance, this year were Primary Catholic School Principals, parents and students who were involved in the inaugural Primary Angelico Exhibition, which was from 24 July – 11 August.

The Primary exhibition attracted 119 entries from 23 participating schools and contributed to a most successful inaugural event with an exceptionally high quality of Primary artworks.

Congratulations to all primary and secondary award winners.