Science is an integral part of education at CEWA schools, beginning in early childhood with play-based learning and continuing right through to VET and ATAR courses in Years 11 and 12. Students are encouraged to be curious, explore, hypothesise and ultimately solve problems by making informed, evidence-based decisions taking social and ethical considerations into account.

A great example of this is Sacred Heart School Mundaring Year 4 student, Varshan Ray, who was named the 2018 Young Scientist of the Year (primary) by the Science Teachers’ Association of Western Australia (STAWA).

Varshan invented the Automatic Rain-Sensing Clothes Airer, a practical response to his experience growing up in the hills of Perth. 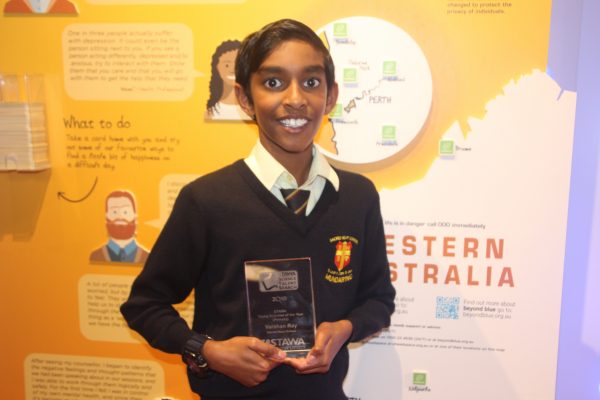 He realised that while his family was at school and work, sudden rain could wet clothes that were supposed to be drying outside, and he wanted to find a solution.

Varshan solution was to build a clothes airer that can detect rain, send the information to a microcontroller to start the stepper motor and activate the wheels, which move the airer into a sheltered area. He was very happy with the results.

“I tested it many times and it worked,” he said.

“The model was a success.”

The judges were impressed awarding Varshan the engineering category prize and ultimately the Young Scientist of the Year (primary).

According to the STAWA, engineering is the application of science, mathematics and technology to invent new products or modify existing products that benefit society.

Varshan said he had some improvements to make to his prize-winning invention, including a bigger motor so the airer could move faster, and would like to see if he can program the rain sensor to monitor when the rain has stopped so the airer can move back into the sun.