Known in English as the Way of Saint James, it is a network of pilgrims’ ways or pilgrimages leading to the shrine of the apostle, Saint James The Great, in north-western Spain; tradition has it that the remains of the saint are buried there.

Many follow its routes as a form of spiritual path or retreat, but it is also popular among hikers, cyclists and organised tour groups.

For CEWA Regional Officer Maureen Tully, it was the culmination of about four years’ planning and research.

“When CEWA offered the opportunity, I felt it was a personal call/invitation to go on this pilgrimage,” she said.

“It was an opportunity to step outside the rigours of family life and the demands of work to spend time reflecting on my life’s journey so far and where to next.

“The physical challenge also appealed to me as I expected that the Camino would push me out of my comfort zone.

“Walking with friends and colleagues from Catholic Education would also provide opportunity to pray and reflect on God’s hand in my life.” 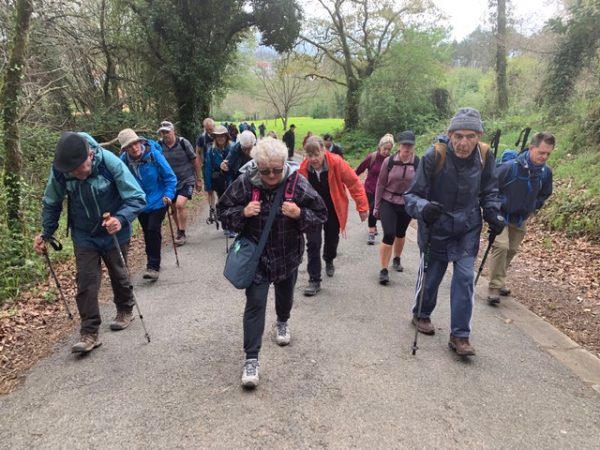 “The thought of trekking along the same path and in the footsteps that pilgrims over the centuries had walked was very appealing and something I had dreamed of,” she said.

In addition to celebrating the physical accomplishment of completing the journey, staff reflected on what they had learned along the way.

Susan Scanlon, Principal at Holy Rosary School in Derby, said she now understood that you have to step outside your comfort zone in order to experience spiritual, physical and intellectual growth.

Ms Tully experienced a lesson in appreciation and perspective.

“I learned the importance of lifting my eyes from my feet and the path in front of me to look up in awe at the beauty of Creation around me, to appreciate the uniqueness of others and to remember the goal or end point.“ 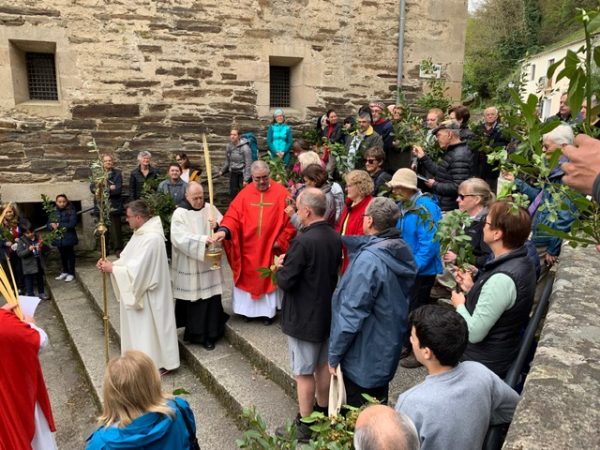 “I can see how many of our religious practices in Australia either mimic or differ those practised elsewhere, and I also am now aware that most of the challenges facing the Catholic Church in Australia are very similar to those challenges in Spain and Western Europe,” Dr Curry said.

Principal of St Michael’s School in Brunswick Junction Phillip Rossiter agreed, adding that he now had a deeper understanding of Spanish history, art and culture and he would recommend the trek because it had given him the opportunity to get to know colleagues and develop a camaraderie that will be ongoing in his professional life.

Ms McGougan said the opportunity to disconnect from the busyness of life had opened an amazing space for self-reflection.

“It was a time to just ‘be’ and to hear the voice of God speaking to me on so many different levels,” she said.

“The great thing about pilgrimage is that everyone is walking their own journey.

“For this reason, the Camino has so much to offer, from the physical challenge to the spiritual elation and lightness of just being.

“I feel very blessed to have had the opportunity to participate in this pilgrimage and would certainly recommend it to anyone who is keen to learn a bit more about themselves.” 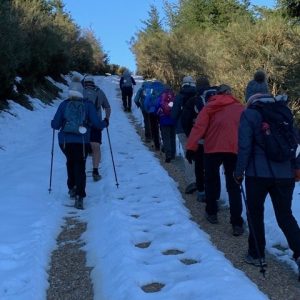 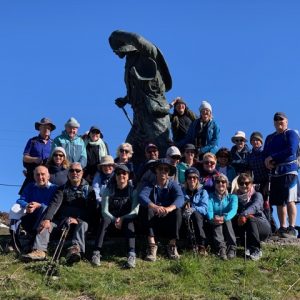 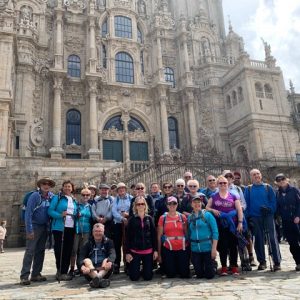