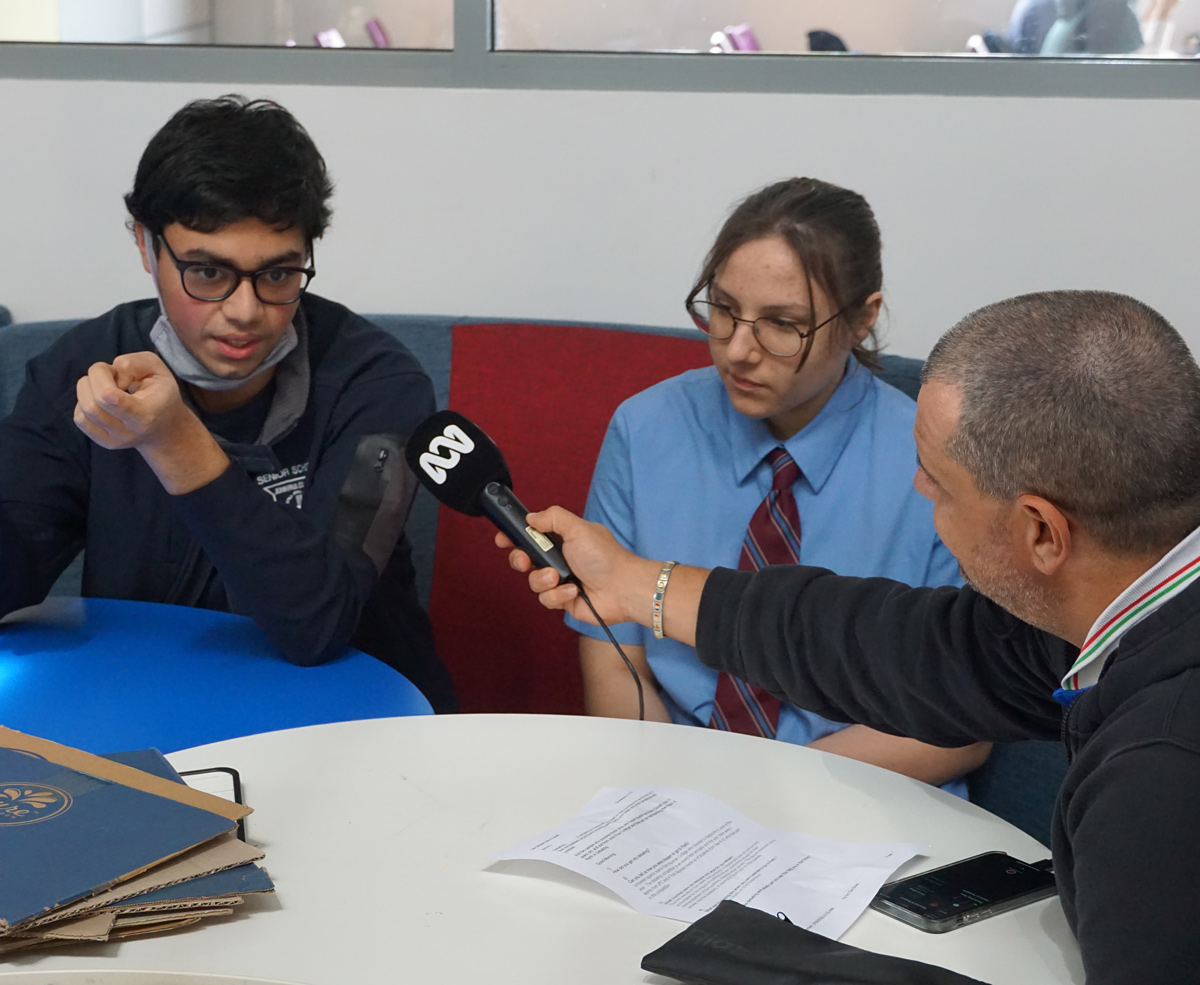 The annual competition aims to engage high school students in world affairs through debating mock Security Council resolutions from the position of an assigned country.

In the preliminary rounds, teams of students were allocated a country, which is a member of the UN Security Council, and challenged to scrutinise and debate two resolutions on world affairs.

Students debated whether Brazil, Australia and the US should be held accountable for the impact of bushfires in their jurisdictions as well as their mismanagement of the bushfires causing further issues, as well as the feasibility of mining for fossil fuels on other planets.

Representing Mexico, the Year 11 students had four of their amendments passed.

Mary said the competition allows students to research and argue global issues and empathise with issues faced by a foreign country.

“It’s a great exercise because as a country, you’re not necessarily sharing your opinion, but you’re sharing the opinion of the country so it’s a good thing being able to empathise and understand where people are coming from when they share different opinions.

“(To prepare) you do a lot of research on the country that you’re given on its economic status, its political alliances, and the demographic of the people who live in that country to really understand their values,” she added.

Faizan explained that delegating roles, with “Mary as the debater inside the room” and his role as negotiator was key to their success.

He added that studying modern history as an elective ATAR subject, provided crucial background knowledge when preparing their arguments on world issues.

“It really helps you understand what’s happening in the world today, especially with international relations, and acknowledge the events that happened in the past,” he said.

“War doesn’t just affect countries involved, it affects everything else around it like the country’s economy, political views and other factors.”