Space was a big hit in National Science Week celebrations at CEWA schools across the State last week; some schools looked closer to home at WA’s rich biological diversity, while other groups got hands–on with design and technology.

Mercedes College opted to embrace the ‘Destination Moon’ theme, with students encouraged to explore the knowledge gained from space exploration.

Activities included an incursion with Curtin’s Space Science and Technology Centre for Year 10 students who were able to use a mini 3D printed version of the seismometer used to measure ‘moonquakes’; Year 9s were tasked with designing a space suit for female astronauts in light of the postponed first all-female spacewalk earlier this year; Year 7 and 8 classes built, tested and launched foam rockets with the creators of the winning rocket earning a prize of astronaut ice-cream. Students were also given an opportunity to participate in Space Live, a video conference with a NASA scientist. The theme discussed was living on Mars and students were given interesting insights into the challenges of inhabiting the red planet.

Santa Maria College aimed for community engagement in their science week endeavours, sharing their school activities via their Facebook page, alongside science quizzes and jokes from students.

At Mercy College primary students had a Science Fair facilitated by high school students, with a range of moon-themed activities.  ‘Moon phase’ cookies were baked, students wrote postcards home from the moon, launched paper and chemical rockets, and built a moon habitat, as well as having their picture taken at the moon landing photo booth. 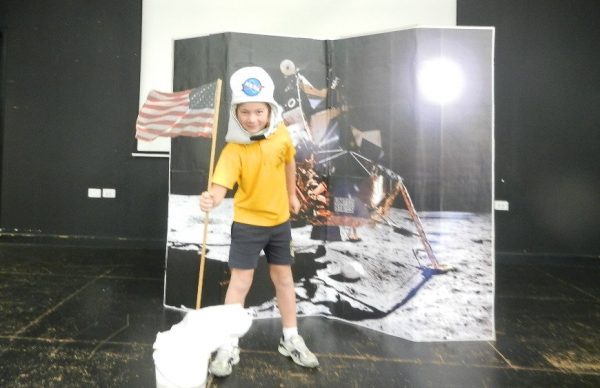 Mazenod College Biology, Human Biology and Earth Science students in Years 11 and 12 were treated to a presentation by Professor Kingsley Dixon, 2016 WA Scientist of the Year and Director of the Australian Mining Restoration Centre at Curtin University. Professor Dixon shared his knowledge on the State’s South West as a biodiversity hotspot, the importance of conservation, and how planting nut trees can increase the chances of WA’s endangered black cockatoos surviving into the future.

Mater Dei College students came together to learn about and celebrate local wildlife, with native animal visits on site, while experimenting with slime-making, chemical reactions in dry ice and ‘elephant toothpaste’, as well as a paper aeroplane competition.

The stakes were raised for tweaking aerodynamics at St Mary Mackillop College, with a 50 dollar prize attached to their balloon racer competition. 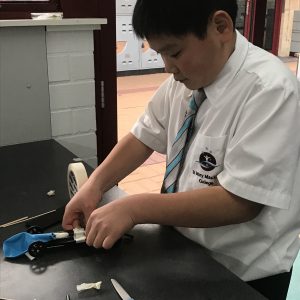 And while students and staff at schools and colleges were experiencing the fun of science, staff members at the Catholic Education Centre in Leederville didn’t miss out either.

The headline event for their lunch-time science week event was Virtual Whadjuk, a VR experience of the Perth region prior to colonisation.  Other activities included matching the chemical compounds to ingredients in cupcakes, seeing different samples of sands from across the state under the microscope, and chemical-reaction powered bottle rockets. National Science Week at the Catholic Education Centre in Leederville 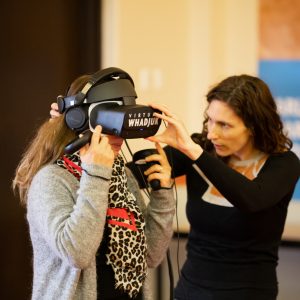