TheThe Town of Port Hedland recently announced its 2022 community citizens of the year in their annual Australia Day awards.

St Cecilia’s teacher, Rachel Mullins, was awarded the Town’s Citizen of the Year.

While Kohbi may only be 12 years old, his commitment to kindness and passion to put an end to bullying knows no limit.

Kohbi has initiated and managed his own Pilbara-based coffee lid project and subsequent events to raise awareness and money for Dolly’s Dream, who aim to reduce bullying and prevent youth suicide. 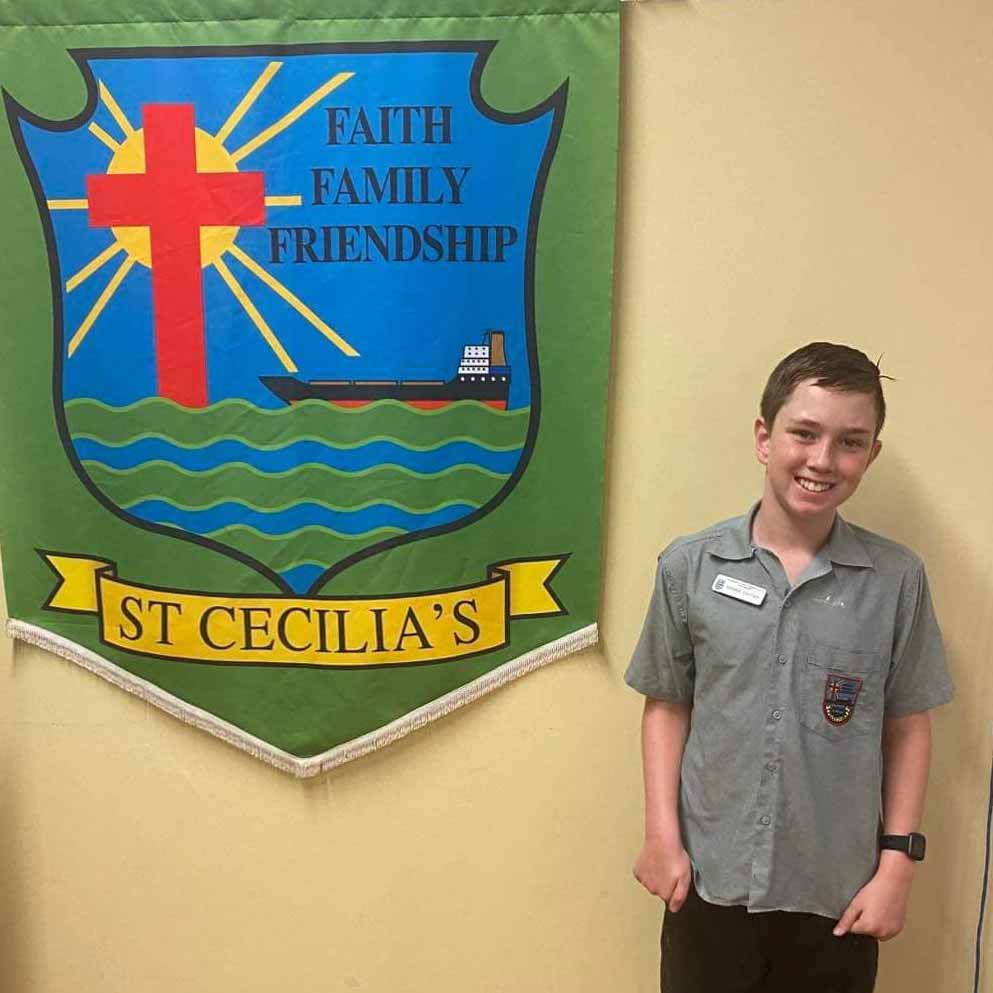 Kohbi’s first event raised more than $1000 and he was the only WA student to win a $1500 grant to expand his coffee lid project!

Kohbi’s first event raised more than $1000 and he was the only WA student to win a $1500 grant to expand his coffee lid project! Rachel, in addition to full-time teaching, volunteers her time at SAFE Hedland as the cat coordinator. In her role at SAFE, Rachel rescues animals that have been surrendered, or strays from around town, and links them with foster carers until they find their forever homes.

It is wonderful to witness these volunteer efforts being recognised.