The project grew out of an idea from Lisa Dann, the Kolbe’s Aboriginal Liaison Officer, who brainstormed with the students involved to come up with a concept that reflected the student’s own thoughts on how Aboriginal cultures and Kolbe values fit together in the College community.

Local artists Cheryl and Biara Martin helped guide the project, with the elements of the design and the colour palette illustrating the College community’s connection to the Noongar history and culture of the Rockingham area. 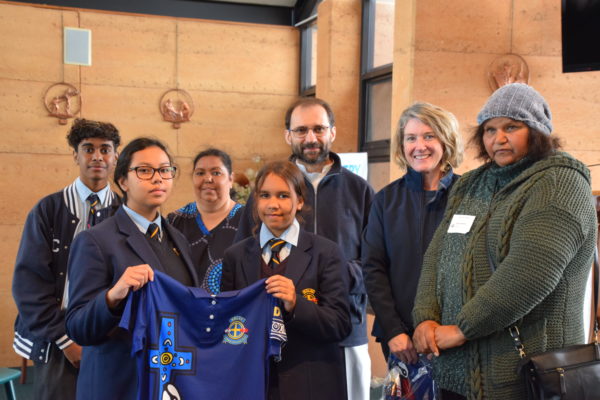 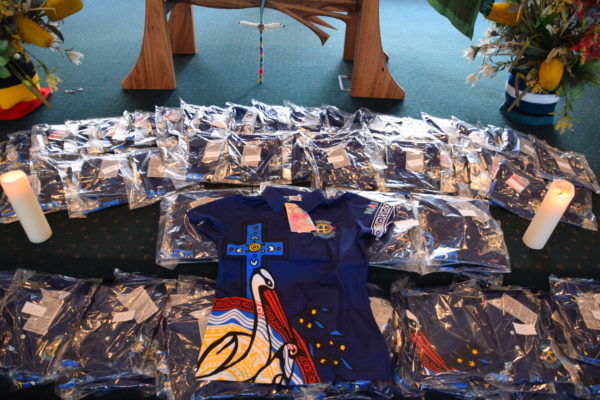 Other elements of the design include golden wattle, which signifies reflection and remembrance, and the sun, water and land which are reminders of the healing properties of nature and its significance for Aboriginal and Torres Strait Islander cultures.

Two birds with a strong connection to the Rockingham coast are depicted: a penguin and a pelican.

The penguin reflects the importance of having a ‘mob’ and the teamwork and social connection that is needed for a community to thrive, while the pelican is a bird of love and self-sacrifice which connects to the College’s patron saint, Maximilian Kolbe.

An animated video was also created to share the story behind the design.

Before the shirts were given out to staff and students, they were blessed by Fr. Pier, accompanied by those who contributed to the design and production of the shirt. 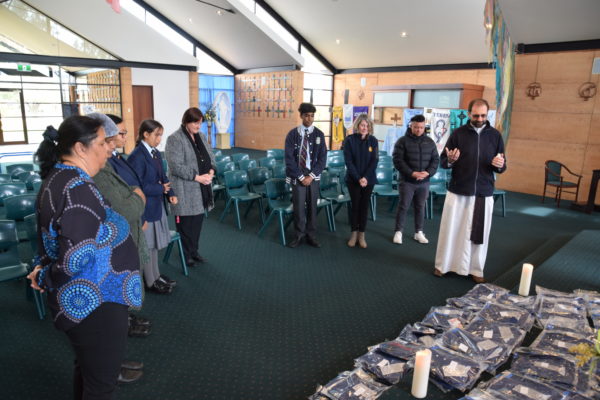 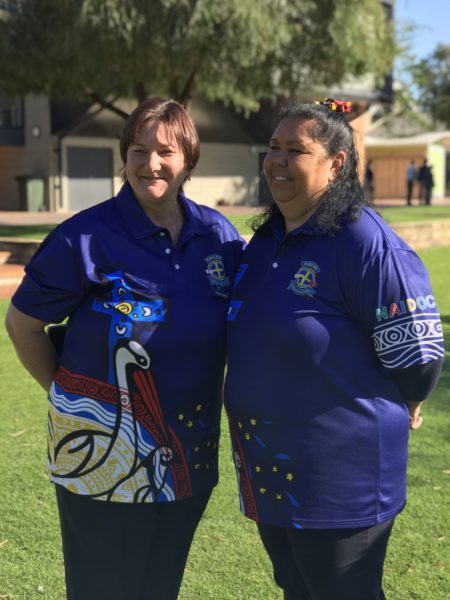